“Let’s walk tonight,” I said to B minutes before we were due to order an Über to our restaurant.

We decided to go somewhere close for dinner. Because on the night of the opening of Parliament, and with news of demonstrations abounding, you would rather not be driving in the city. And the bonus is that if we walk down Kloof Nek, we don’t have to worry about parking. 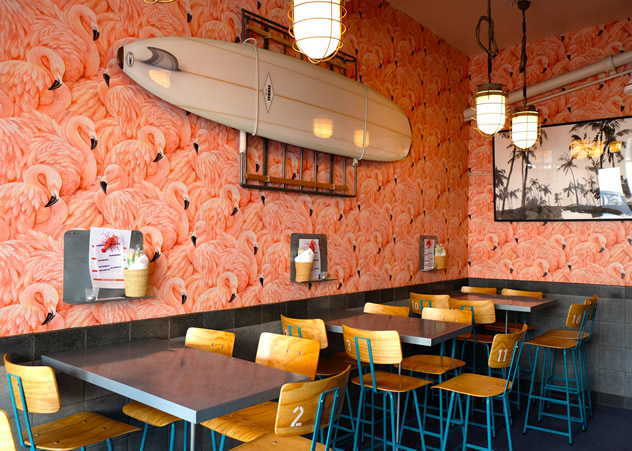 Hallelujah by day. Photo courtesy of the restaurant.

Hallelujah it will be. On Tamboerskloof’s busiest corner. For a moment I can’t help smiling at the fact that I keep getting confused and call it Heaven.

First up is the special of the day: poke (pronounced poh-keh). Oh boy. Raw angelfish with grated coconut and a fresh noodle salad. I have a thing for raw fish and this one is melt-in-the-mouth good. 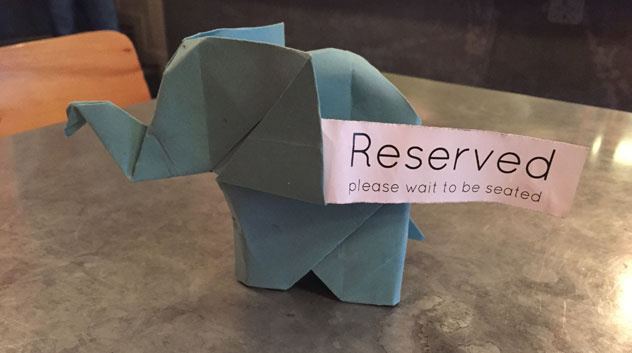 The rather fun creature holding our table for us. Photo by Irna van Zyl.

Hallelujah is rumoured to be the restaurant of choice for Liam Tomlin of Chefs Warehouse. We look around. We can see why he would be at home here. It’s open late, getting vibier as the excitement picks up with the crowd next door at The Power and the Glory. And the food is really good.

Not that you’re even aware of the sister restaurant/bar whilst inside. I count: 24 people can be fitted in, with some sitting outside at the street window. With a push, the extra chairs next to the kitchen counter can be utilised as extras. 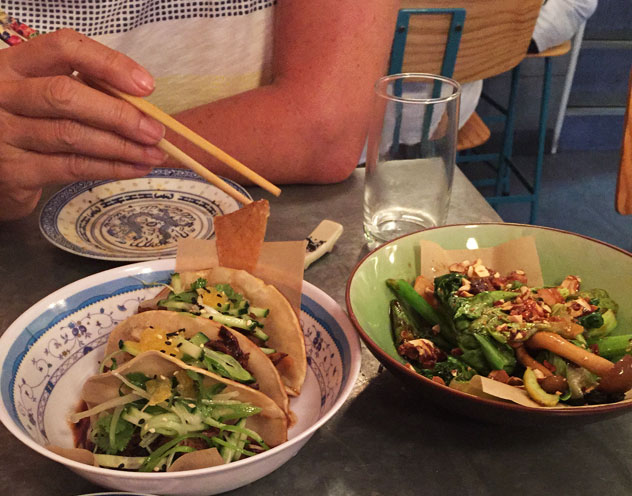 The 12-hour duck on soft ramen tacos and the vegetable surprise. Photo by Irna van Zyl.

Besides the angelfish we had:

Hallelujah’s style of Asian street food certainly has brought something special to the neighbourhood and the city. It is a tiny gem of a place but not overly trendy at all. I might just become a regular. 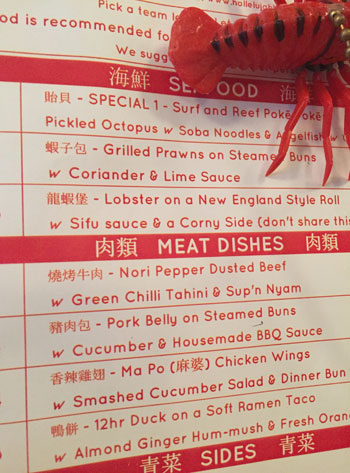 Afterwards B wondered about a don pedro. It’s a nasty habit we have acquired lately – to end a beautiful meal with something so sweet. So we tried Beleza across the street. “If I were still smoking I would have loved this,” admits B, pointing to the seats outside under a lovely tree. “But now I just wonder why you’d want to sit on the noisiest corner of Tamboerskloof.”

She’s got a point. But I savour the balmy lazy summer’s night. Twitter tells us the city is still standing and President Zuma wants to move Parliament to Pretoria to save money. Ah-hum.

The cost was R820 including tip and wine, but the service was so very good that the tip was a bit lavish. And we did order one dish too many.

What remains now of our evening is to walk back up the hill. Ons wou mos. Well, we did order too much food, and then there’s the question of getting rid of at least half of that don pedro…