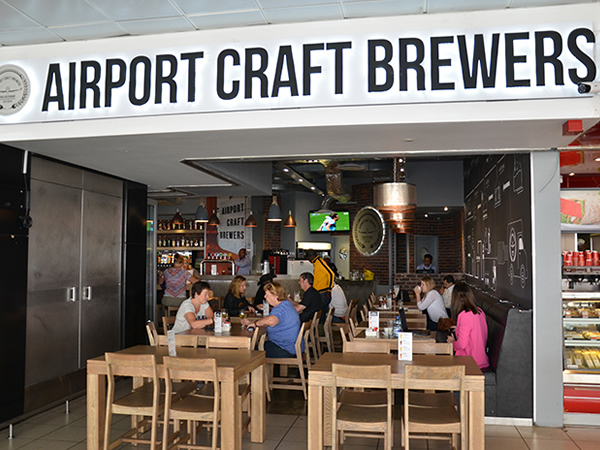 The airport might not be first place that springs to mind when somebody says craft beer, but if you find yourself waiting out a delay this festive season, we have good news: there will soon be two places to tuck into artisanal beer and food pairings at OR Tambo.

Cuthu Sicosana, operations manager of the company that offers seven taps says Airport Craft Brewers (ACB) plans on opening a second restaurant on level two of the domestic terminals section of OR Tambo International Airport at the end of November this year. The first restaurant situated at level 3 of the departure section, opened in August. 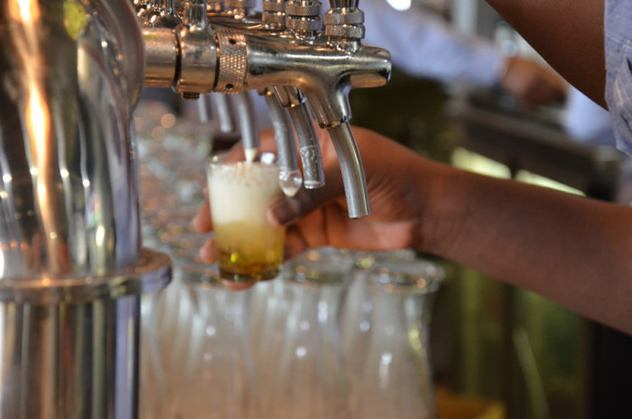 The beer taps at Airport Craft Brewers. Photo courtesy of the restaurant.

The extensive menu offers breakfasts for early-morning travellers, tapas, salads and open-faced sandwiches. The restaurant is currently adapting their menu to offer additional food items, “Travellers and the public will have even more food and beverage choices than before”, says Sicosana. 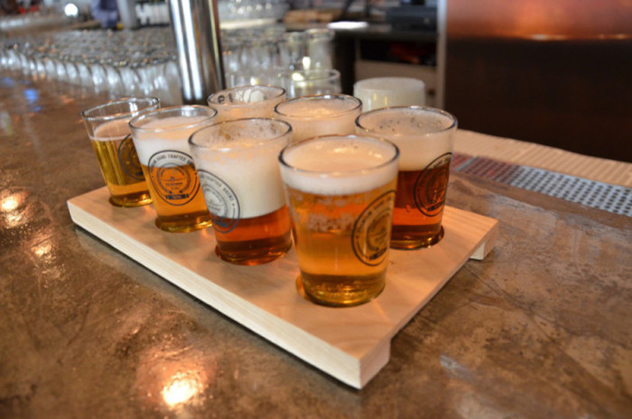 A selection of beers at Airport Craft Brewers. Photo courtesy of the restaurant.