Arcade, the hip new ‘resto-bar’ to open on Bree Street this week

If you’ve ever tried to find food any time after around 9pm in the Mother City, you’ll know that late-night dining options are few and far between. Restaurateur Marco Picone (of Soft Coffee Holdings, which owns CAPPELLO and Hard Rock Cafe brands in South Africa) and Niki Bjorn Reschke (chef and menu developer for Nonna Lina, Col’Cacchio and Nu Health Cafe) are planning to change that with Arcade – a chilled bar-restaurant, or ‘resto-bar’ on the top end of Bree Street. 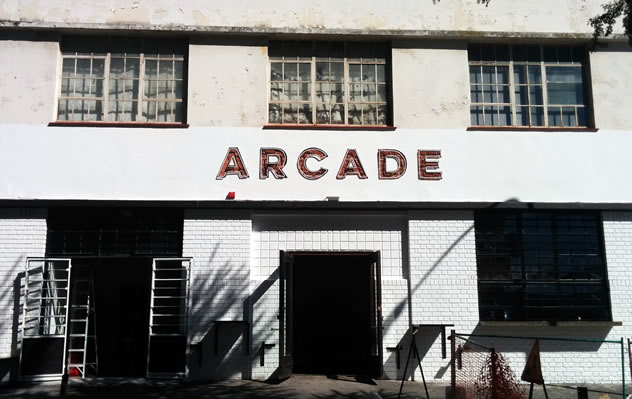 The entrance to Arcade, the hip new ‘resto-bar’ to open on Bree Street this week.

Inspired by the likes of Schillers Liquor Bar in New York and Dandelyan Bar in London, the new space on the corner of Bree and Pepper Street is designed to offer Capetonians a spot to have a drink and bite before, or after, a night out. The Arcade kitchen will be open from 10am to 11pm Monday to Saturday, and the bar will remain open until 2am on Thursdays and Saturdays. 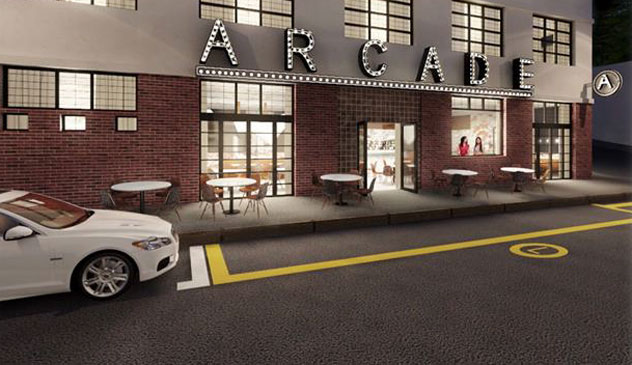 Design renderings of the space.

“If you come in at 11pm, you’ll be able to have a burger and keep sipping on a beer,” explains Marco, who says he had to sell a bit of his soul for the prime Bree Street location. It looks like it’ll be worth it, though: the building has been extensively renovated and boasts stylish neon signage, copper cladding and statement light bulbs, thanks to the design talents of Tristan Du Plessis of Studio A.

The menu will focus on cafe-style food. Marco speaks of chicken pregos and rolled beef fillet, plus pizzas, burgers and salads. On the drinks side of things, the team is planning some classic and new cocktails, shots and SAB beer on tap.

Look out for the opening sometime in the next week. Find Arcade on Twitter or Instagram ( for further announcements and pics. 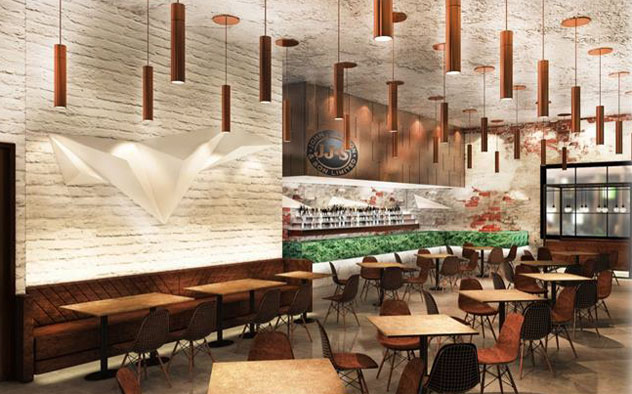 Design renderings of the interior.