Bizerca – a tale of two emotions 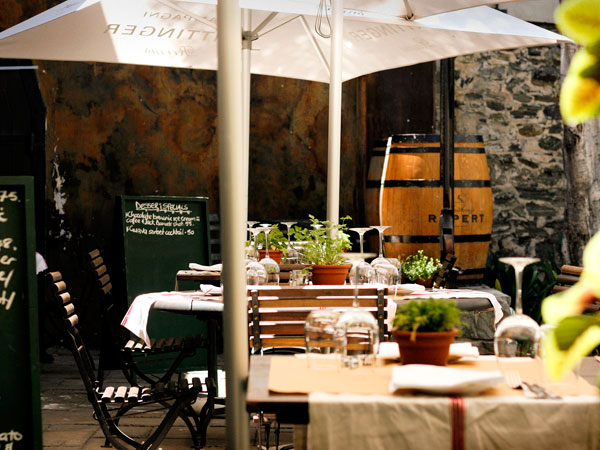 “You are the luckiest people in the world,” said the waitron as he showed us to our table in the courtyard at Bizerca.

Things do go wrong from time to time in the restaurant industry. Which is how it happened that we arrived unbooked and unannounced at Bizerca after a confusion with tickets at a pop-up event we thought we had tickets for. Unfortunately there were more mishaps to come.

We have for some or other reason, fairly or unfairly, been avoiding Bizerca, once one of my favourite restaurants in the city centre. Mainly because the service was not always as good as it could be and we thought we’d give it time to settle down after some changes. 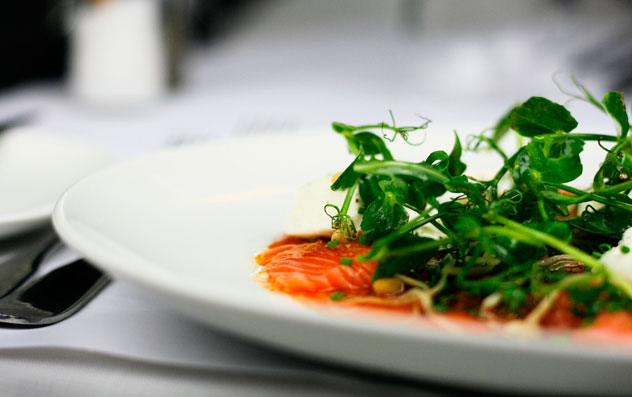 A previous incarnation of the salmon dish, with ginger and schalotte dressing. Photo courtesy of the restaurant.

So we were happy and pleasantly surprised when the first part of the evening seemed to go so well.

Our order for starters went in quickly. Our water and wine, a yummy Cederberg unwooded chenin and not-so-great Mulderbosch sauvignon blanc, arrived promptly. 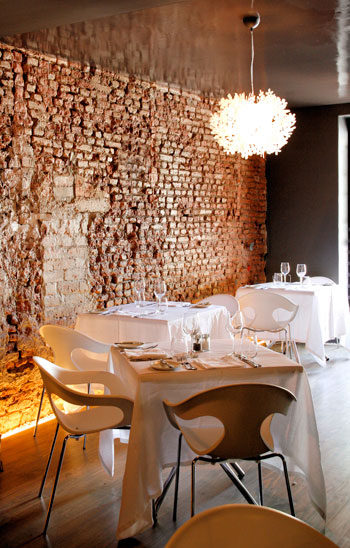 The interior at Bistrot Bizerca. Photo courtesy of the restaurant.

B and I couldn’t resist the famous fresh salmon salad with pine nuts, rocket, ginger, cream cheese and toast. And I am so happy to report that it was as good as always.

Our other guests had the duo of tuna from the specials list and the braised veal tongue with black lentils and tomato, the latter being my favourite of the two. The tongue sparked a nostalgic conversation about my mom’s highly praised beef tongue. Which is maybe why I had, in spite of my love for the salmon, order remorse. The delicious starter did make up my mind, though, that it was going to be veal for mains.

Unfortunately this was easier said than done.

By now the restaurant had filled up completely (tjok en blok vol) and suddenly the waiting staff, so attentive and enthusiastic at the beginning of the evening, had almost completely disappeared.

Whilst we waited to place our order for mains as we expected a fifth guest, we were still made to sit for more than 60 minutes after it went in, with nobody offering us more water (and it was a warm evening) or trying to fill up our wine glasses. It felt as if everybody around us was also just waiting and waiting and waiting. 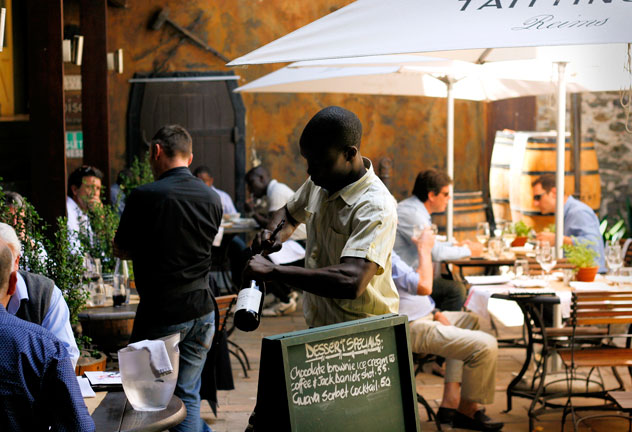 I don’t want to be unfair. I’m always excited to eat at Bizerca, and we were lucky to get a table, but in hindsight fewer patrons might have been better for the service.

In the end, the mains were good. Two of our guests had the Karoo lamb stew and raved about it. I tried the Bizerca vitello, a typical Italian dish that is normally served cold but which the chef prefers warm in Bizercan style. (For those other accidental foodies unfamiliar with the dish: it comprises veal shoulder and seared tuna served with fennel and tomato). I really liked the veal but thought the tuna was a bit bland, especially at Bizerca, where flavours so often surprise and delight you. The fourth main dish was beef fillet, parsnip purée, spinach and bone marrow – also top of the class. 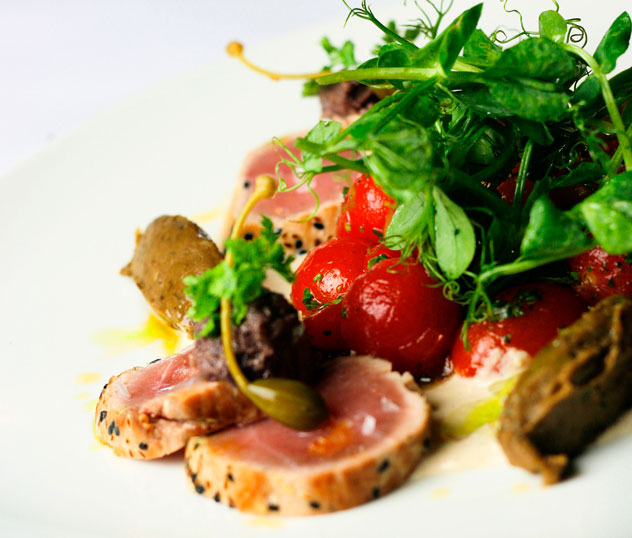 A previous tuna dish, served with roasted tomatoes and eggplant puree. Photo courtesy of the restaurant.

The last dish arriving at our table was ostrich fillet with root vegetables, but the salt cellar’s top came off and it caused a big spillage all over the food. A waitron helpfully removed the plate, but equally quickly returned it with salt crystals still left on the meat.

“Did they charge us for the ostrich?” B asked when the bill came. They did, and I was not going to push for a discount. But then came a surprise: after we paid the bill, our friendly waitron from earlier in the evening appeared again, offering apologies and begging us to accept sorbets drenched in Calvados. 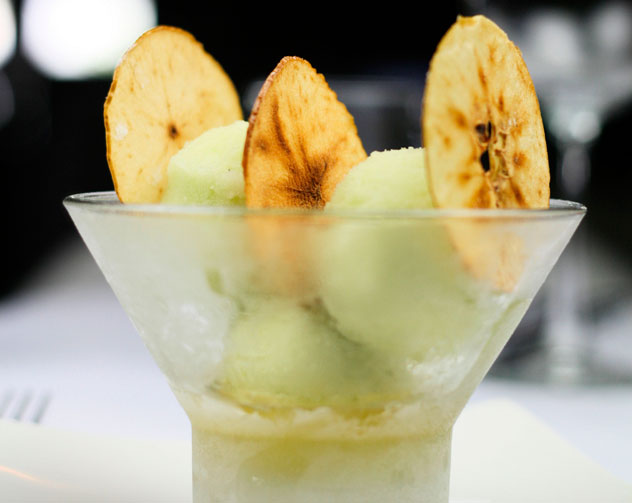 One of Bizerca’s sorbets: a Granny Smith apple version with Calvados. Photo courtesy of the restaurant.

We left on a high note, still in time for an early bed night.

Will I be back?

I might just. It would not be easy to stay away from the salmon salad. But I sincerely hope the now typically Bizercan service lull in the middle of the evening will be addressed once and for all. Bizerca’s reputation deserves more than mediocrity.

This post forms part of our Accidental Foodie series. Read more from the series, here.