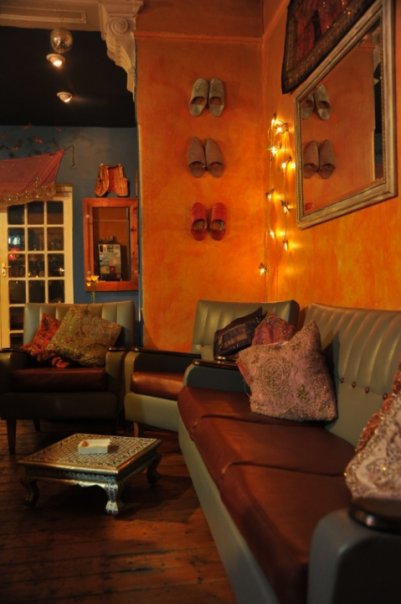 Hidden among a number of rather unattractive and almost industrial-looking buildings is one of Bloemfontein’s gourmet gems. Be prepared to step from this desolate part of town into a different world when you enter Seven on Kellner.

As chef Kim Brackenridge is known for her excellent pork dishes, I had planned to order exactly that on my first visit to the restaurant in many months. The blackboard sporting the daily specials, however, guided me in a different direction. I simply had to grab the opportunity for Namibian oysters for starters, and I was not disappointed by their flown-in freshness.

The next deviation from my pre-planned pork route was a result of my preference for seasonal cooking. As it was the start of the hunting season, I could not say no to venison. While I know it’s not easy to prepare a succulent venison dish, I had a good feeling about Kim’s kudu game pie with cranberries. The dish was just as I expected – hearty and flavoursome – and offered good value for money, at R120.

The other members in the dining group chose the pork belly with honey, ginger and soy glaze – and later confessed that they always do so when dining at ‘Seven’ (as locals refer to this trendy spot). The tiny bite I was offered convinced me that my friends might be unadventurous diners, but they sure do know when they’ve got something good going.

On the table were also a few great-looking pizzas and a very popular wild mushroom and parmesan risotto with truffle oil. On the sweet front, I tried the halva layered with phyllo pastry and vanilla ice cream, which led to a bit of a disappointment, especially when compared to the lemon and ginger crème brûlée ordered by the rest of the diners. Another not-to-be-fiddled-with favourite among locals, it seems. 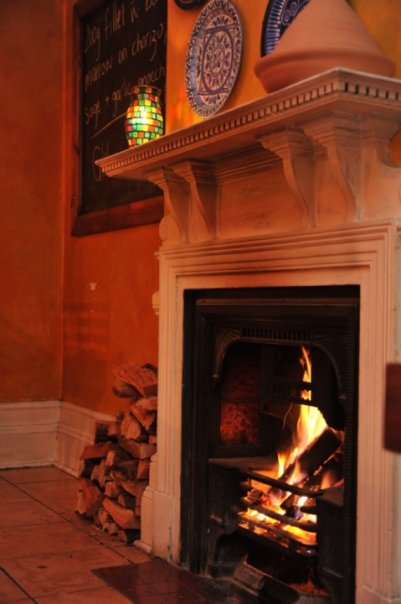 The selection of wines is good, fairly priced and properly balanced. Well, at least on paper: I had to be satisfied with my third choice, as a lot of the wines listed were not available.

The colourful and slightly offbeat décor is reflective of the way food is prepared and served, which gives the restaurant an appealing realness. The old-ish building in which the restaurant is housed adds a lot of warmth and character to the overall atmosphere, but doesn’t make for good acoustics: the restaurant is either too noisy or too quiet. The scratching noise of wrought iron chairs on the tiled floors doesn’t help either. Maybe the right music would’ve made a difference? The restaurant would work equally well for a business meeting and a lively party, however, and the bar serves fabulous cocktails. In summer, the garden and patio offer the best seats by far.

Friendly smiles by most of the staff did make up for having to wait a tiny bit too long for our food order.

Seven on Kellner gets my vote for exceptional value for money and it deserves its place among Bloem’s best.

Have you been to Seven on Kellner? Let us know what you thought by writing a quick review.