Our next contender for the 2016 Boschendal Style Award is The Chefs Table, new fine-dining kid on the Umhlanga block. Here’s why it deserves its nomination as the most stylish restaurant in SA.

The look: Industrial yet cosmopolitan
The location: Umhlanga Village
The creatives: Interior and furniture design by ZAARC; wall mural by Sascha S Studio; crockery by Mervyn Gers; and branding by Sliced Cheese Design. 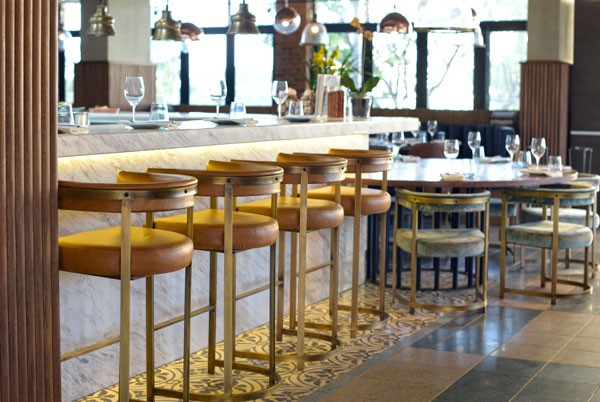 The marble counter at The Chef’s Table. Photo supplied.

At this new north coast restaurant, local design company ZAARC has designed a space to be a ‘canvas’ for young chef Kayla-Ann Osborn’s creative and colourful dishes.

The creative team found its inspiration from their city by drawing on architectural elements found throughout Durban, such as the harbour, subtropical weather and the vibrant, diverse people. Vintage Durban details include steel and timber Victorian posts and textured glass, which form the wine cellar and fluted columns inspired by Durban’s historic government buildings. The reclaimed timber used in the bar and entrance doors was salvaged from one of Durban’s iconic heritage buildings. 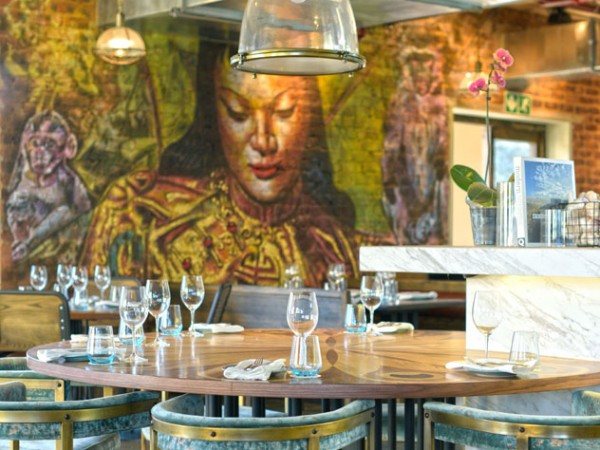 The artwork in The Chef’s Table. Photo supplied.

The furniture in the restaurant and bar follows the theme with subtle references to Durban’s art-deco design heritage. This can be seen in the timber inlay detail of the peacock feather on the seven-seater chefs’ tables, which flank the kitchen. The patchwork of blues, teals and greens represent the Indian Ocean. 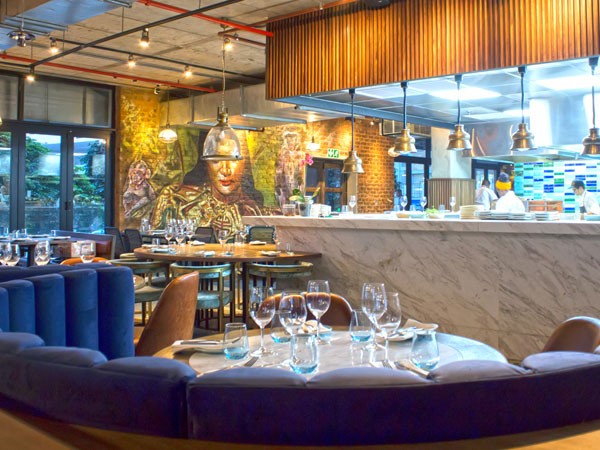 The booth seating at The Chef’s Table. Photo supplied.

More modern materials like raw brick, concrete and marble contrast with these historic details. Floors were custom-made in soft blues and white.

While the decor forms a major part of the experience at The Chefs Table, the real focal point is the central kitchen. The bright, open plan space sets the stage for Kayla-Ann and her bevy of calm chefs. This is connected to the restaurant by a counter of gleaming white marble, where guests can interact with the chefs while their meal is prepared. 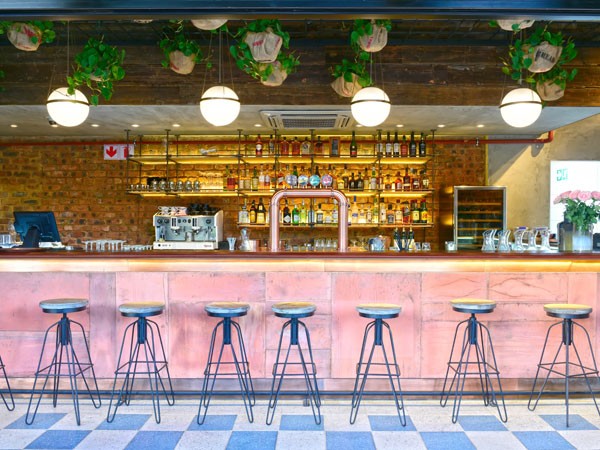 The bar area at The Chefs Table. Photo supplied.

The flavourful food at The Chefs Table focuses on bringing out the best in great local produce. The seasonal menu changes almost daily and might include the likes of beetroot-cured salmon, roasted pumpkin tortellini with bacon cream, swordfish with fresh mussels, or a zingy lemon posset with sunflower seeds. 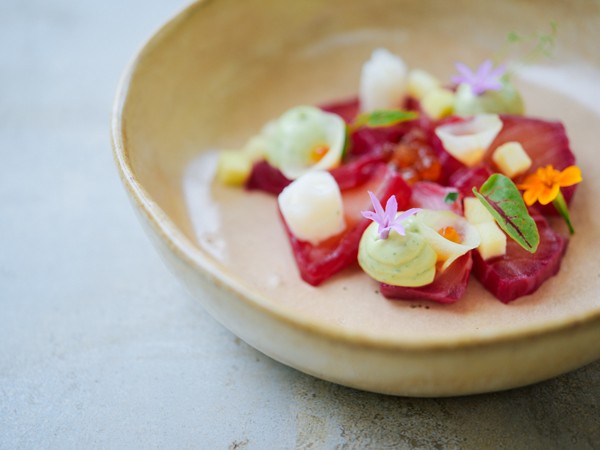 Does The Chefs Table have what it takes to win the 2016 Boschendal Style Award? Find out at the Eat Out Mercedes-Benz Restaurant Awards on 20 November 2016. Buy tickets now.