What could be better than a big, gratifying burger, onion rings, a potato wedge or two and a cold craft beer to wash it all down? The DK Gourmet Burger and Craft Beer Bar pays homage to the good old American dining tradition of burgers and beer that thankfully harks back to the days before pancakes were considered an appropriate accompaniment. Without the airs and graces of its sister restaurant De Kloof, this burger bar is all about the simple things in life. 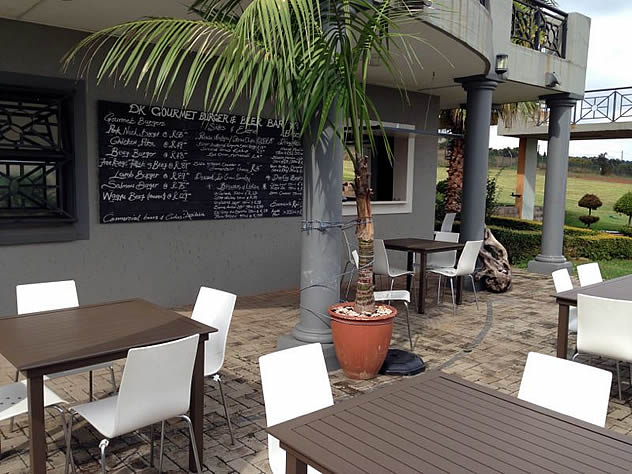 DK calls itself a burger bar for a reason. The menu is delightfully small, consisting of nothing but seven burgers and a number of side dishes. The ingredients are freshly prepared by the same fine dining team that cooks for De Kloof. The incredibly reasonably priced burger menu has something for everyone. The traditional beef burger is juicy and satisfying, with a solid beef patty prepared just so. For those who want something a little fancier, the fillet of beef on bruschetta is the gourmand’s version of this classic dish. The mushroom and puy lentil patty is perhaps a little too crumbly to work as a burger, but adding a side of red onion marmalade on top of the whole affair is simply delectable (if somewhat messy)! The bar’s piece de resistance has to be the Wagyu beef burger, served on ciabatta, with mature cheddar and caramelised onions to boot.

While they do serve wine, ignoring the craft beer menu would be a huge mistake. A great amount of effort went into sourcing a variety of the country’s finest craft beers. Ask the knowledgeable staff to guide you in the right direction if you’re new to craft beer and keep an eye on the website for craft beer tasting events. 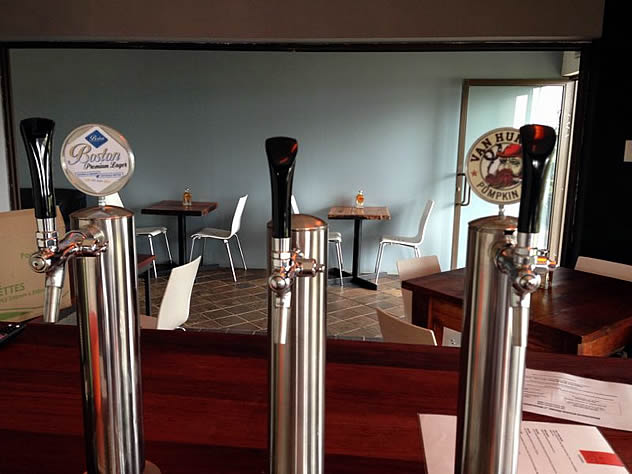 The service at DK is excellent. The staff’s passion for craft beer is evident, and their knowledge impressive. While the service staff are very attentive, you shouldn’t expect your burger in a hurry. Sharing one kitchen between two restaurants can have its downsides.

DK doesn’t quite have a style yet. A far cry from the tasteful and romantic ambience of De Kloof, at DK the music is a tad too loud and the walls a little too bare. You get the distinct impression that it could be the scene of some wild Saturday night parties. Perhaps the little restaurant is still developing a personality. In the meantime, the burgers and beer will suffice.

Have you been to DK Gourmet Burger and Craft Beer Bar? Let us know what you thought of it by writing a quick review.