One of the most popular beverages in the world is getting a more mindful revamp in Cape Town, thanks to a group of passionate enthusiasts. Cape Cola, a self-proclaimed ‘conscious cola’, is produced in the Mother City with natural ingredients, with the goal of achieving much more than simply quenching thirst. 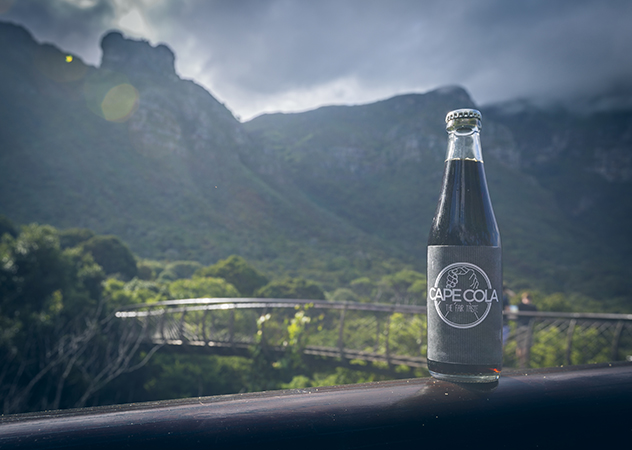 The tincture, which the Eat Out team has sampled, consists of 18 different ingredients, with prominent flavours of cinnamon, coffee, elderflower and caramel. Slightly less fizzy than conventional soda, it may appeal to those who enjoy spicy soft drinks like Iron Brew and Dr Pepper.

Cape Cola founder Lasse Presting explains, “Other key ingredients are real kola nut, lime, ginger, and, for a special South African flavour, honeybush.” Beyond that, the recipe omits the phosphoric acid, anti-foaming agents and sugar found in other colas. “In our opinion, these substances are not beneficial and shouldn’t be part of our daily diet, nor part of any consumables, in fact,” Lasse says. 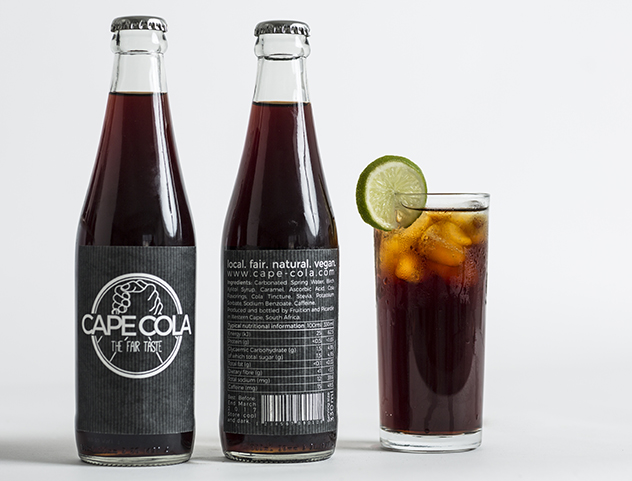 The recipe is only the first part of the focus on consciousness. Lasse says he and the team, which consists of his brother Palle Presting, Janosch Becker, Michael Pietrek and Julian Enders, want the drink to encourage people to rethink what they’re consuming and engage with where their products come from. Lasse elaborates, “Furthermore, we want to give something back to the society of South Africa by working exclusively with local companies in our supply chain. We want to live transparency when it comes to the process of our cola.”

The Cape Cola logo features a handshake, which stands for mutual respect, trust and being there for each other. “It might sound a bit corny,” says Lasse, “but for us these are core values we all should stand for.”

The packaging design that features this symbol is still a work in progress, however. The current paper label will soon be replaced with branding and a nutrition table on the bottle itself. This is to reduce waste, and to initiate a bottle recycling system, which is part of the brand’s plan and vision. 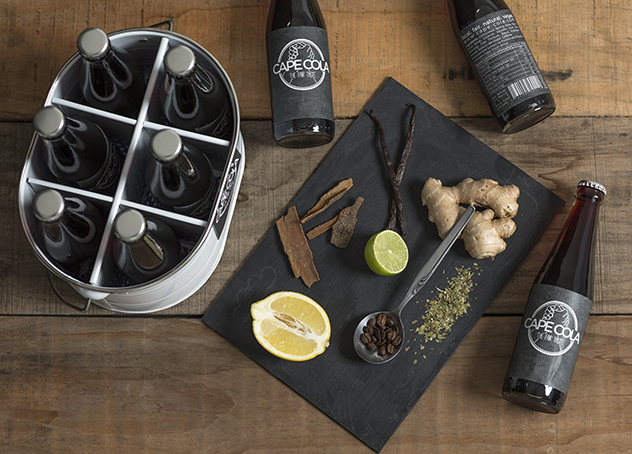 Some of the unique ingredients in Cape Cola. Photo supplied.

You can play a role in growing this unique cola brand by investing in the crowdfunding campaign, which launched today. Donations will fund the production of larger amounts of stock and the fresh design of the bottle. “Hopefully, before the next season starts, you can have a Cape Cola at some beautiful restaurants,” says Lasse.

Keen for a taste right now? You can sample Cape Cola at The Charles Café and The Mill & Press in the City Bowl, Café Hugo in Worcester, Stelkor Pharmacy in Stellenbosch, and The Grillfather in Mitchell’s Plein. They team are currently looking for more restaurants, bars and cafes to stock the drink. A bottle retails for around R22–R25.