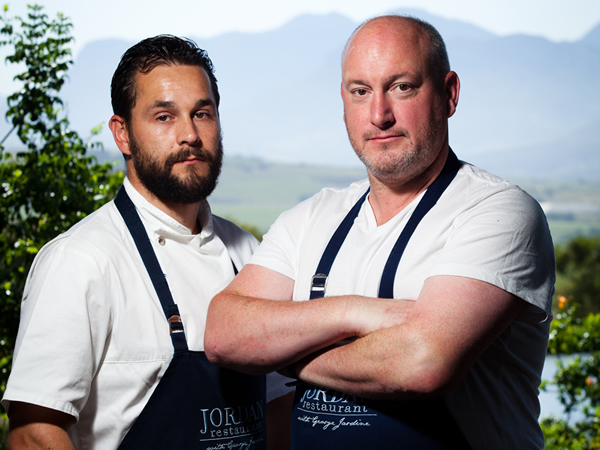 The celebrated chef of Jordan Restaurant, George Jardine, is set to open his dream fine-dining restaurant in Stellenbosch this February. After six years of waiting, one of his favourite spots on Andringa Street in Stellies became available for rent a couple of weeks ago, and he snapped it up for his new small fine-dining eatery, Restaurant Jardine.

The restaurant will open in the first week of February, offering an ever-changing menu with a selection of starters, mains and desserts. The cuisine will take on a similar style to Jordan Restaurant and the previous Jardine (which lived above Jason on Bree), with an emphasis on seasonal ingredients.

The menu is still being finalised, but guests can expect simple and delicious food, paired with some excellent Stellenbosch wines and other favourites from the region. Look forward to dishes such as carpaccio of aged fillet with porcini dressing and glazed marrow, roasted cauliflower polonaise with cauliflower espuma and gruyère dauphine, and compressed spanspek melon with lim jelly and melon sorbet. The eatery will be open for à la carte lunch from Wednesday to Saturday, and three- or six-course set-menu dinners from Wednesday to Saturday.

While George Jardine will divide his time between the two venues, sous chef Brendan Thorncroft and head waiter Dennis Mncube will head up Restaurant Jardine while Jordan Restaurant will remain in the capable and creative hands of head chef Kyle Burn and restaurant manager Janine Hoggins.

Restaurant Jardine will be taking bookings for lunch and dinner on Wednesdays to Saturdays from 10 February. To book a table, email info@restaurantjardine.co.za.