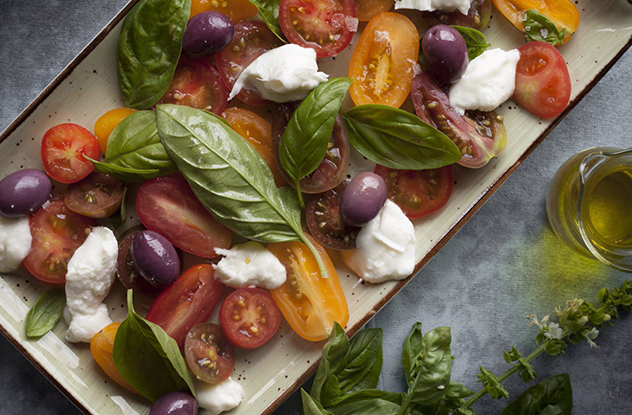 The home-grown tomatoes at Manor House Restaurant in Stanford. Photograph by Emilia Knight.

A new country-style eatery called Manor House Restaurant has popped up in Stanford in the Western Cape Overberg, with chef Madré Malan at the helm of the kitchen. The restaurant opened its doors at Stanford Valley Guest Farm in mid-November 2015 in a beautifully converted farm house.

In a charming tale of small-town life, Madré was offered the new role after bumping into the guesthouse owner, Elsabe Nauta, at Woolworths in Hermanus, and the two striking up a conversation. The chef had left Madré’s Kitchen (now called The Royal Oke) earlier that year, and was looking for a new culinary home.

The food at Manor House is labelled as upmarket country cuisine: “It’s soul food, very much in Madré’s style,” says Elsabe. The seasonal menu will change every quarter, but at the moment guests can look forward to aubergine involtini with ricotta cheese, walnuts and slow-roasted tomato sauce; slow-roasted lamb shoulder on barley-and-date risotto; waterblommetjie-and-anchovy risotto; a homemade beef burger with caramelised onions and hand-cut chips; and even gourmet nachos. 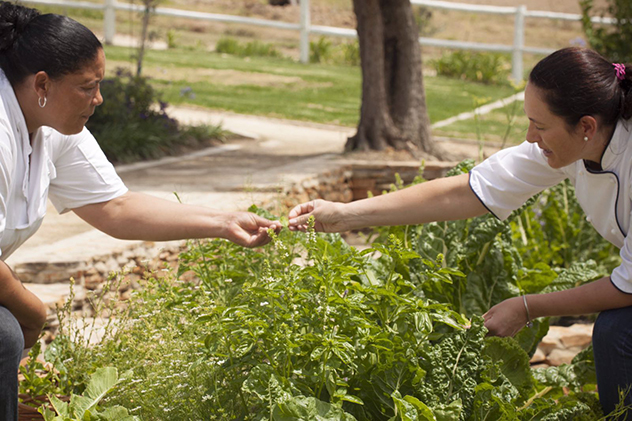 Local suppliers are used where possible: farm-fresh eggs are sourced from nearby; the grana made by neighbour Klein River Cheese appears in the risotto; and seafood is sourced from a fish shop in Gansbaai. There are plans to expand the farm’s vegetable garden, but it currently supplies the restaurant with homegrown aubergines, spinach, beans and tomatoes. Six lemon trees and an avo tree have just been planted, so the future is looking bright. 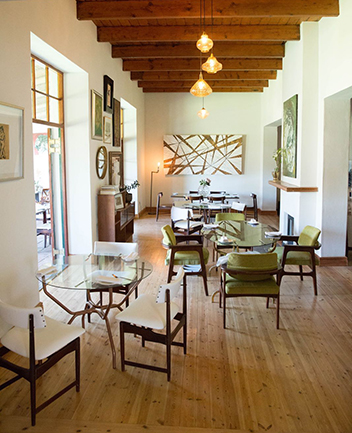 The interiors at Manor House Restaurant. Photograph by Anne Marais.

The comfort factor of the food echoes the environment, says Elsabe. “It doesn’t feel like an industrial kitchen here; it feels like a home.” The old farmhouse building was restored with its original floors and reed ceilings – but all the birds and flowers had to be evicted, quips Elsabe. The mid-century décor is edgy, contrasting with the relaxed farm surroundings, but it all comes together with views of the Akkedisberg mountains, and art adorning the walls. “A big part of the restaurant is the art exhibition of some sort that will change quarterly, plus the private collection of our own as part of the décor,” Elsabe explains.

Manor House Restaurant is open for breakfast, lunch and dinner from Thursday to Saturday and on Sunday for breakfast and lunch. To make a reservation for a table or to spend the night, call 028 341 0574 or email manorhouse@stanfordvalley.co.za.