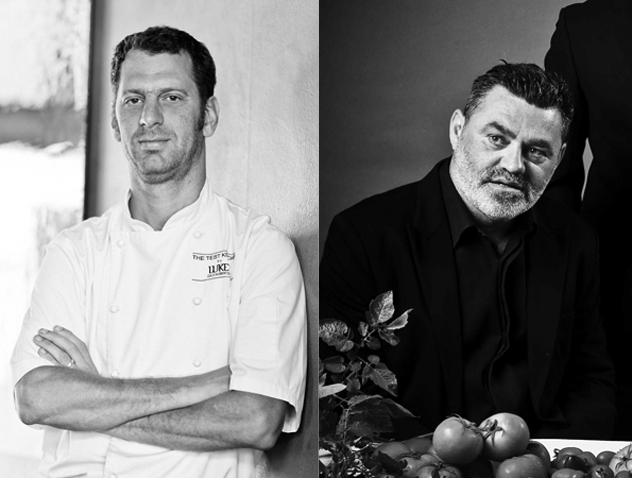 Chefs Liam Tomlin of Chefs Warehouse & Canteen (winner of our 2014 award for Best Everyday Eatery) and Luke Dale-Roberts of 2014 Eat Out Restaurant of the Year, The Test Kitchen, have raised a total of R40 000 for the Cape Town fire fighters in an auction for their cooking services for one night. The winning bid was R35 000, with additional cash donations bringing the total up to R40 000.

Liam announced the auction on his Facebook page on 5 March, requesting that the bidding start at R5 000. He wrote: “Feeling very helpless watching all of the photos of the fires raging all over Cape Town. To raise funds for the fire fighters, myself and the kitchen team will come and cook in your home for 10 people any Saturday night of your choice…if you’re the highest bidder.”

After sharing a dinner with Liam on Friday, Luke Dale-Roberts decided to cook alongside him, while George Dalla Cia has offered to supply the wine. “I knew of many restaurants on Bree Street supplying food to the fire fighters and I thought, what can I do?” says Liam, adding that the bidding began almost immediately.

The winner will enjoy a meal for ten people in their own home cooked by Liam and Luke. A date for the dinner has yet to be decided. “I thought, if I can use my cooking ability to raise money and do something good, then let’s do it,” explains Liam. All proceeds will go directly to the Cape Town fire fighters who fought the recent blaze.

(Find out more about the damage wrought in the Cape fires here. You can also donate to the Volunteer Wildlife Services here.)