When the craving for doughnuts hits, it’s not always possible to abandon your desk and duties and head out for a sugar fix. But Dronuts, a new South African company, could offer a revolutionary solution to this very real problem by delivering a box of doughnuts directly to your office window via automated drone. 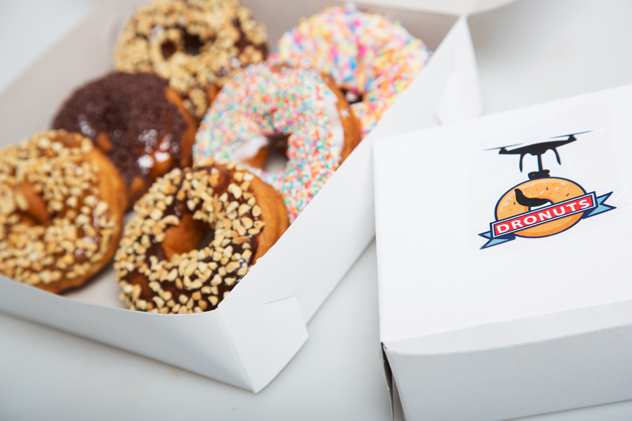 An assortment of Dronuts. Photo supplied.

Dronuts creator Sue Croze teamed up with a group of software developers for this project, which will operate using an Uber-style app. Customers will place an order for a delivery via the app and the drone, using geolocation data from the phone, will deliver the doughnut directly to their location. 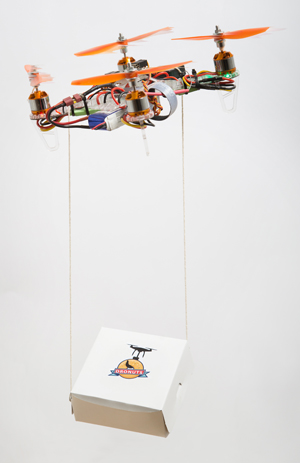 Custom-designed lightweight drones will carry Dronut deliveries within the Cape Town City Bowl and Sandton business district in the near future. Photo supplied.

Dronuts is holding a soft launch in Sandton and in the Cape Town City Bowl later today, but the app is currently waiting on final approval by Apple. Plans are in place to expand to long-range flights, using larger drones functioning on satellite relay, in the next six months. There is one place they won’t be able to bring you doughnuts, though: for safety reasons, they cannot fly too near to airports.

Sue Croze is a classically trained chef, with experience at Michelin-starred restaurants abroad, but for her latest project she spent six months traveling across the USA, trying different doughnuts – and even did a stage at Dominique Ansel Bakery in New York, the home of the original Cronut. The resulting Dronuts recipe calls for imported flour, and free-range eggs and butter. 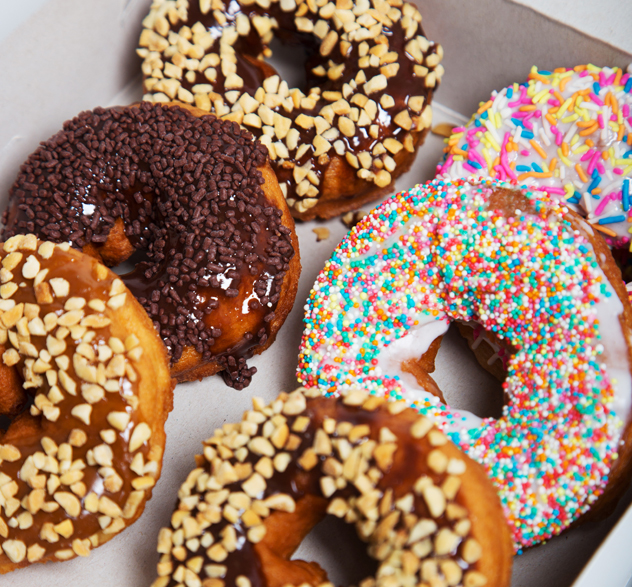 A selection of the standard flavours that Dronuts plan to offer. Photo supplied.

Flavours include standard cinnamon sugar, sprinkles, nuts, and chocolate and white glaze, but Sue is also planning to offer some pretty unique flavours. Thus far, she’s developed a salted-caramel doughnut injected with caramel and Karoo salt, and a milktart doughnut, made in the style of a jam doughnut, but with a cinnamon-rich milktart custard inside. “We’ll also be doing a red-velvet doughnut with a well of cream-cheese frosting in the centre, as well as a Nutella doughnut, engineered to have a very thin and crunchy crust so as to contain the greatest possible amount of Nutella.”

Stay tuned for Eat Out for details on official launch dates for the Dronuts app.