Where to find great shisa nyama in Durban

Tuesday, May 15th, 2018 by Kgomotso Moncho-Maripane

Shisa nyama is a unique South African food culture and Durban – with plenty of shisa nyama lounges to offer – has perfected this township lifestyle experience. Its communal quality – like enjoying braai meat with friends while having your car washed, having drinks or moving to groovy beats – is at the heart of what keeps shisa nyama in style. It’s a soulful experience all round and some of the soul is in the meat.

Durban’s Shisanyama Festival and its Shisanyama Awards have been running for three years now, helping to give visibility to township shisa nyama establishments in Durban and helping to champion gems that are as good as longstanding popular joints like Kwa Max’s Lifestyle Lounge and Eyadini.

These are some of the city’s best shisa nyama spots. 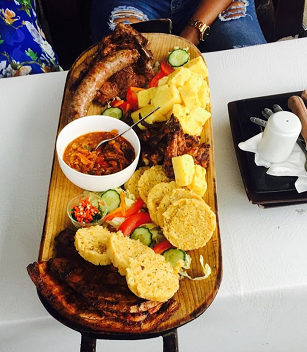 A platter at Cafe Skyzer. Photo courtesy of the restaurant.

Skyzer is a food and live music lounge that offers delicious meat platters with a variety of high-end meat cuts served with uJeqe (steam bread) and the spicy chakalaka they pride themselves on – a recipe by owner Bless Makhanya’s mom. They also serve modified traditional food like nhloko (sheep’s head meat) and mxabiso (tripe). Inspired by the eateries that line up Soweto’s Vilakazi Street, Makhanya sought to create something similar in the Durban township of Chesterville. He has succeeded by creating a hospitable, cosy and lively place with great food, and does so consistently. A winner at the Shisanyama Awards two years in a row, Skyzer is a firm favourite among locals. A meat platter goes for R220 and feeds up to five people. 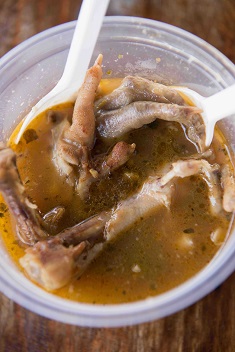 Chesterville seems to be home to some of the best shisa nyama in Durban because Mashamplanes’s Lounge is another favourite that stands on its own. Here everyone is treated like a VIP and that personal touch goes a long way. The most attractive thing is the tender red meat that arrives to the customer juicy and hot. You have to try their chilli medium wors. Mashamplanes’s is also known for its spicy chicken feet, a special aid in easing a hangover. You’re welcome to bring your own refreshments here and enjoy the sounds from a local DJ with friends on a laidback Sunday afternoon. Pricing is determined by how much meat you put on the scale. Chicken feet are R30 for a bowl of six.

Tate’s Kasi Grill is one of the best in Clermont. Established in 2010, it operates as a shisanyama and restaurant with service including take away, telephonic orders and delivery. It’s known as an entertainment playground because of the celebrities and artists who visit. However, it is the delectable meat – ranging from beef, chicken, pork, wors to liver and kidneys – with a special sauce that the people come for. Oh, and the tasty creamy pap. There are also live performances and DJs on a Sunday. Meat pricing is determined by how much you put on the scale. 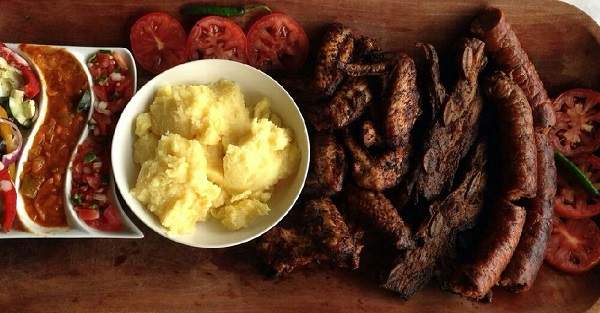 A feast at Tate’s Kasi Grill. Photo courtesy of the restaurant.

Artizen came second in last year’s Shisanyama Awards and is one of KwaMashu’s premiere eatery and entertainment spots. It serves mouthwatering shisanyama and doubles up as an African cuisine restaurant specialising in Zulu traditional food. Presentation is a priority at Artizen – from the charming modern and vintage décor to the detail in the plating of the food. Their popular dish is Umleqwa (Zulu chicken), served with dumplings, veggies and chakalaka on a traditional plate (uqgoko). The upmarket relaxed ambience matched with the sincerity and ambition of the food adds to the experience. The braai meat platter is R200 and the chicken platter is R150. 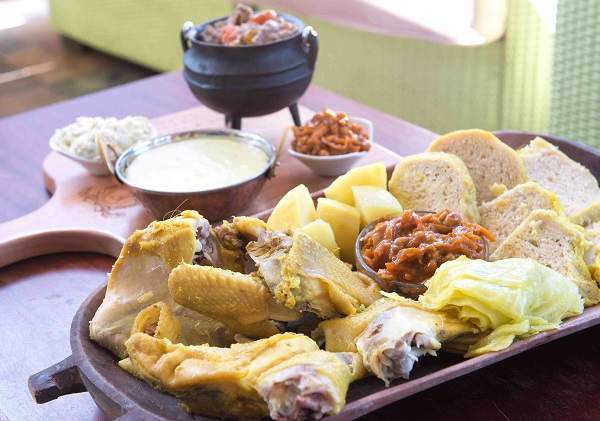 The popular Umleqwa at Artizen. Photo courtesy of the Shisanyama Awards.

A contemporary take on shisa nyama with tradition at its heart is what you’ll find at The Joint Jazz Café, which operates as a grill, bar and jazz lounge. The concept is based on the 1930s shisanyama shops that opened up across KwaZulu-Natal. What you get are juicy meat joints grilled over an open flame with a side of pap and chakalaka, which can be enjoyed with the range of fine craft beers on tap. Popular dishes include The Big Daddy Platter (1kg of meat for R280), the Triple Braai Platter (R250) and The Joint Wings (R55 for 200g and R80 for 400g). This is an elegant ambient spot on the beachfront offering inspired live jazzy music to go down with your decadent meal. 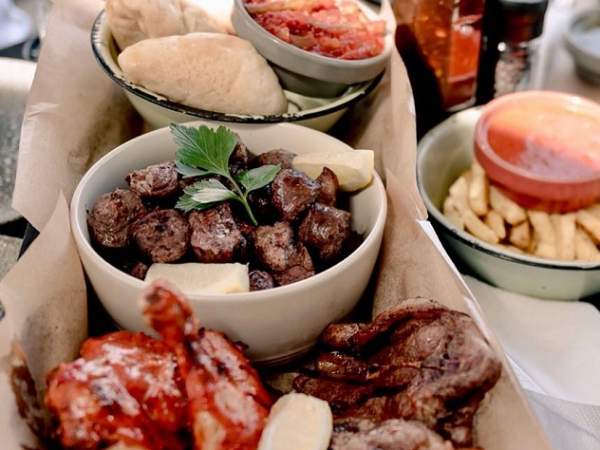 A feast at The Joint Jazz Cafe. Photo courtesy of the restaurant.