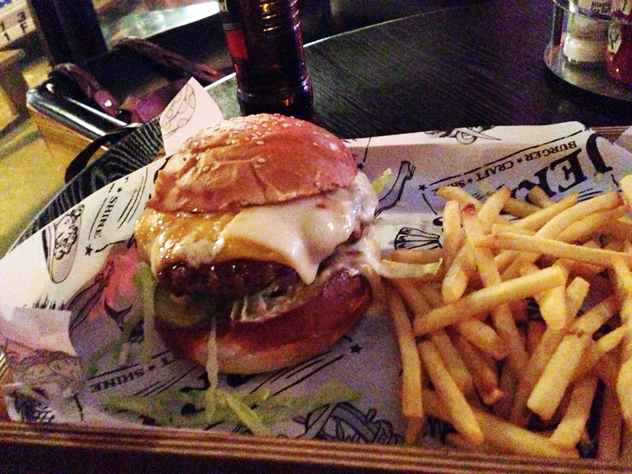 Our latest edition of ‘eat this now’ features the irreverently named Sweet Baby Cheeses at Jerry’s Burger Bar, which comprises a juicy beef patty topped with slices of cheddar, Swiss cheese and a spicy cheese sauce, along with the standard pickle, slice of tomato, red onion rings and shredded lettuce. This is all served on a golden custom-made brioche bun and accompanied by shoestring fries (R82).

According to Jerry’s Burger Bar owner Gavin Hagger, the keys to a good burger are the two main ingredients: the mince and the roll. 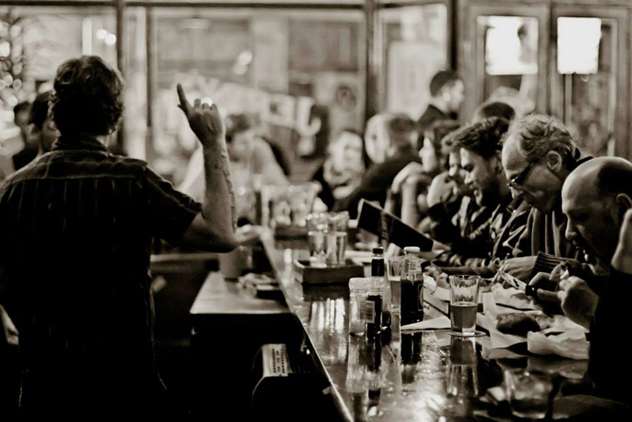 The busy bar at Jerry’s. Photo courtesy of the restaurant.

“We’ve taken a lot of time with the 100% mince recipe. The recipe, created by my very good friend Peter (a parter at Jerry’s in Gardens), is a mix of three or four cuts of meat – no eggs or breadcrumbs – with some salt and pepper.”

The brioche buns, which are specially baked by a supplier, also took many moons to perfect. The choice to go with a slightly sweeter and more buttery bun was to align with burger trends abroad. (It’s a good call.)

But the crowning glory of the Sweet Baby Cheeses has to be the spicy sauce, which is made on site with melted cheese, jalapeños, a splash of beer and paprika. “The jalapeños give that bit of flavour without taking your head off,” explains Gavin.

And the inspiration for the deliciously cheeky name? “Well, we already had the seven deadly sins – our stuffed-patty burgers – and we were sitting around the bar one night with 32 more burgers to try and find names for.” The manageress uttered the curse and the connection was made. 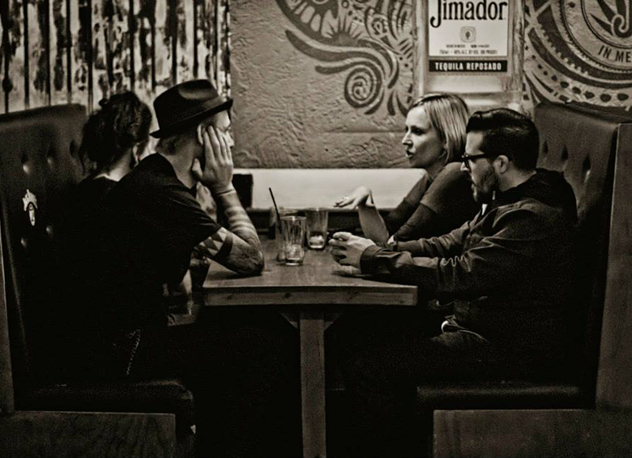 In 2014 Gavin transformed the theatre section of Obz Café (which is still going strong) into this casual burger joint with its diner-style booths, high beer-barrel tables and snaking bar. Why the change in direction? “Burgers are universal,” says Gavin. “They cover all the bases.”

And if you’re wondering about the name, yes, Jerry’s is affiliated with Sailor Jerry rum. Gavin and the liquor distributer Edward Snell agreed that the burger concept aligned nicely with the drinks brand, both sharing rockabilly sensibilities and a tattoo-adorned aesthetic.

Comfort food at Jerry’s. Photo courtesy of the restaurant.

The Observatory branch was joined this year by a new Jerry’s in Gardens. Gavin explains, “The Park Road bar is a bit bigger and more mainstream, while Obs is more rough and ready.”

He’s in negotiations on two more sites, but he’d like to clarify one thing: “It’s not a franchise; it’s my baby.” Each Jerry’s will be similar, but not exactly the same, with different décor and menus to match the crowd.