Eat pizza to donate to charity: How a local pizzeria is serving the community 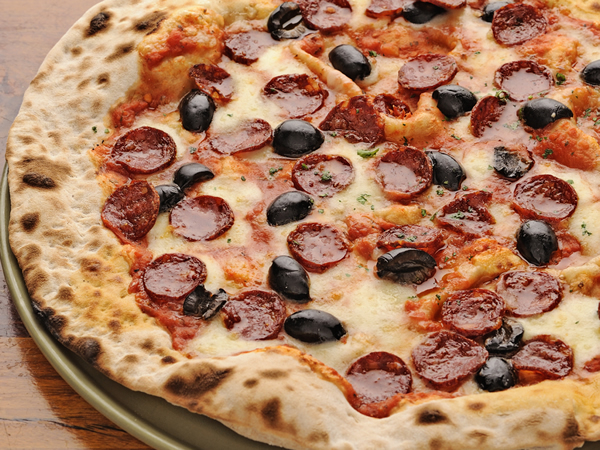 Massimo’s, the well-loved Italian restaurant in Hout Bay, is not only about making good pizzas. Its passionate owners, Massimo and Tracy Orione, are encouraging all regulars and new customers to get involved in charitable initiatives – and all they have to do is buy some pizza.

Taking inspiration from a little pizza place in Philadelphia in the USA, the Massimo’s Pay It Forward initiative has already helped distribute over 700 pizzas to charitable organisations since August last year. The initiative is really simple: buy one or more ‘virtual’ slices of pizza for R10 a slice and, for every six slices sold, Massimo’s will deliver a pizza to one of the chosen local charities or institutions.

The Pay It Forward initiative. Image courtesy of the restaurant.

Another way to give back at Massimo’s is to order from the list of charitable pizzas and dishes; for every item ordered, a percentage of the price goes to a chosen charity. These dishes include: 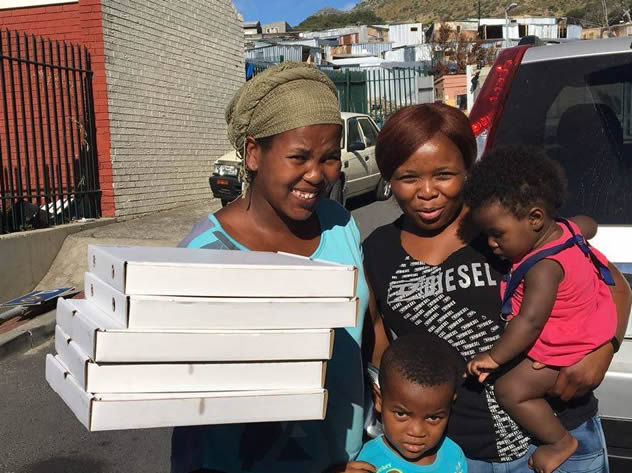 Community members benefitting from the Pay It Forward initiative at Massimo’s. Photo courtesy of the restaurant.

If you want to contribute, head to Massimo’s for your next pizza feast or go past their takeaway hatch, Mimmi To Go, and grab a slice for charity. If you’re not in the area, simply use the SnapScan app and scan the code on the Massimo’s website.