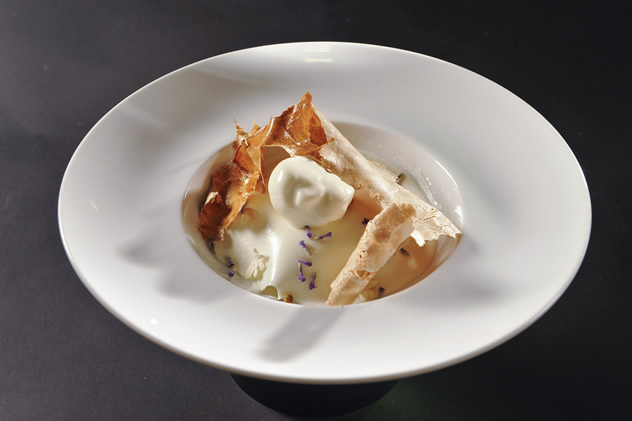 Milk is Thicker than Water by Angelo Scirocco.

Entries for this year’s S.Pellegrino Young Chef of the World competition have now opened. Last year was the inaugural battle of youthful talent from around the globe, with young South African chef Angelo Scirocco making his way to Milan for the finals in June with his delicate dairy dessert called ‘Milk is thicker than water’. (Read more about what went on behind the scenes here.)

In an exciting development for the 2016 awards, Joburg-based chef David Higgs has moved up the ranks from mentor in 2015 to sit on the Panel of Seven Sages that will ultimately decide the 2016 S.Pellegrino Young Chef of the World.

The competition divides the globe into 20 areas, and involves about 100 top chefs as jurors across the globe, 20 chef mentors, a stellar chef’s jury, as well as thousands of entrants who will eventually be whittled down to the final 20. Joining David Higgs on the final judging panel are renowned chefs Carlo Cracco (Italy), Gaggan Anand (India), Elena Arzak (Spain), Mauro Colagreco (Argentina), Wylie Dufresne (USA) and Roberta Sudbrack (Brazil).

Until 31 March, all chefs under the age of 30 from around the world will have the opportunity to submit their application, together with their signature dish. Applicants are required to have at least one year of experience working in a restaurant as a chef, sous chef or chef de partie. 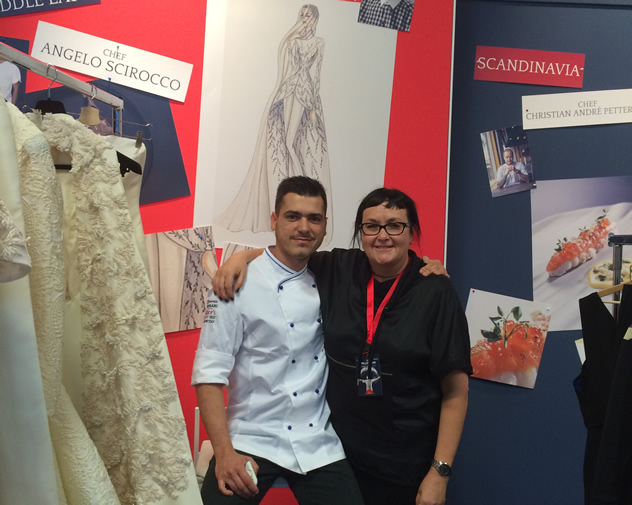 Angelo Scirocco and Eat Out editor Abigail Donnelly at last year’s grande finale in Milan, with a dress inspired by his dessert.

Submissions will be evaluated according to five criteria: ingredients, skills, genius, beauty and message. In April 2016, the first ten shortlisted finalists for each of the 20 regions will be announced. These finalists will then compete in live competitions from 1 May to 15 August, in which they will cook their signature dishes for a jury of independent chefs. In our region (Middle East & Africa), the jury includes great names like 2014 Chef of the Year Chantel Dartnall of Restaurant Mosaic, Meryem Cherkaoui and Christopher Lester.

By the end of August 2016, the 20 best young chefs from all the regions will be announced. Each finalist will be assigned a mentor from their regional jury, who will provide advice and support as they prepare for the global finals.

At the grand finale on 13 October 2016 in Milan, all the finalists will gather for a two-day cooking competition in front of the international panel of judges.

Click here to find out more or enter now.