Celebrated chef George Jardine – of the current no. 10 in SA, Jordan Restaurant – has recently opened another fine dining restaurant, this time in the centre of Stellenbosch. Eat Out critic Anelde Greeff booked a table at the new Jardine to get a closer look.

It feels a bit like you’ve hit the fine dining jackpot when you discover that the six-course tasting menu at Jardine is a mere R420 – and is so incredibly delicious. There are two- and three-course options, but I’ve always found a tasting menu the best way to judge a chef. It’s their chance to show off and delight you with their favourites on the day. Plus, it’s great to sit back and be surprised by what shows up. 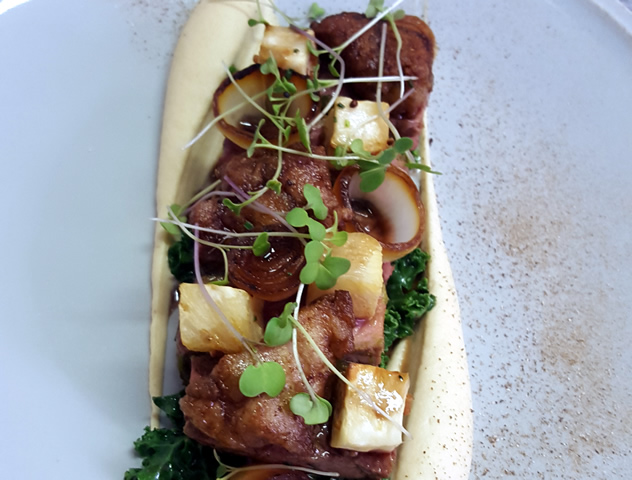 A meaty dish at Restaurant Jardine. Photo courtesy of the restaurant.

Our six-course soiree is a well-balanced selection of the season and the region’s best ingredients. The first wooden board with a king oyster mushroom tart, buffalo mozzarella, confit garlic and watercress is, in a word, sublime. A great hit of umami to kickstart a beautiful meal. It’s followed by a delicate salt-and-sugar cured yellowtail, with truffled artichoke, parmesan, artichoke purée, dried onion and pine nut dressing. Again, delicious.

The third course is my personal highlight: pan-roasted veal sweetbreads with salsa verde, air-dried cauliflower and crispy sage. Peppery and gently fatty, both smooth and crunchy, it is a thing of beauty – not least because of the Pollock-esque jus decorating the plate. 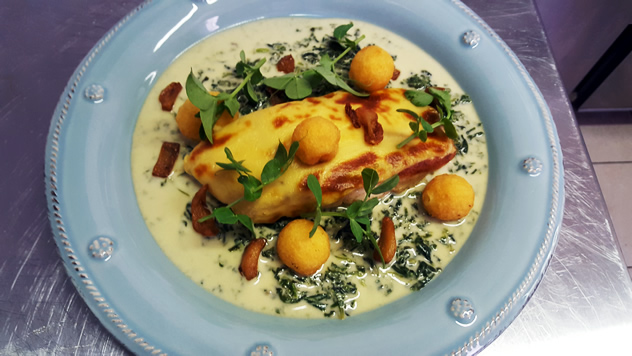 Another delicious dish at Restaurant Jardine. Photo courtesy of the restaurant.

As an aside, I’ve always thought Luke Dale-Roberts is the only man in SA that can really do sweetbreads justice. But he definitely has competition at Jardine.

The rest of the menu includes a slightly underwhelming butter-roasted gurnard served with aubergine velouté, grilled baby aubergine and olive tapenade, and a roasted and braised Cradock springbok with grilled yellow plum, turnip and walnut, which is a well balanced, tasty plate of food, with the perfect piece of meat to round off the savoury part of the meal. 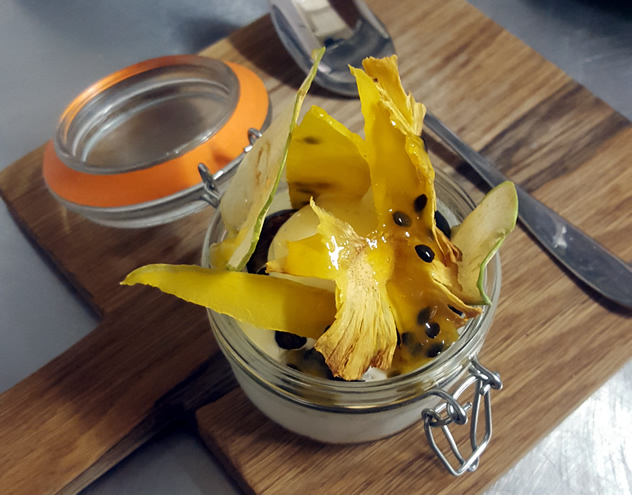 A fruity dessert at Restaurant Jardine. Photo courtesy of the restaurant.

Chef George is known for his pretty and delicious desserts – like the incredible millionaire’s shortbread seen at the 2015 Eat Out Mercedes-Benz Restaurant Awards – and he does not disappoint. The understated Valrhona chocolate torte with milk chocolate mousse and white chocolate ice cream is absolutely heavenly. It’s very tempting to lick the plate…

The one-page wine list is simple yet concise. It is dominated by local Stellenbosch wines, which are extremely well priced. 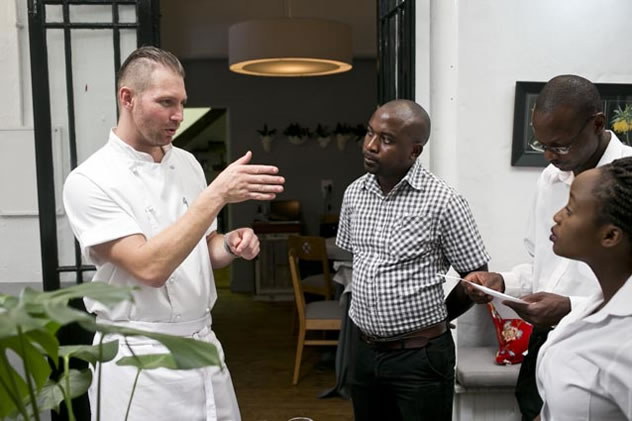 Instructions from a chef to the staff at Restaurant Jardine. Photo courtesy of the restaurant.

Top notch. Jardine’s waitrons are friendly without being too familiar and George’s wife, Louise, is always on hand for extra support and smiles. 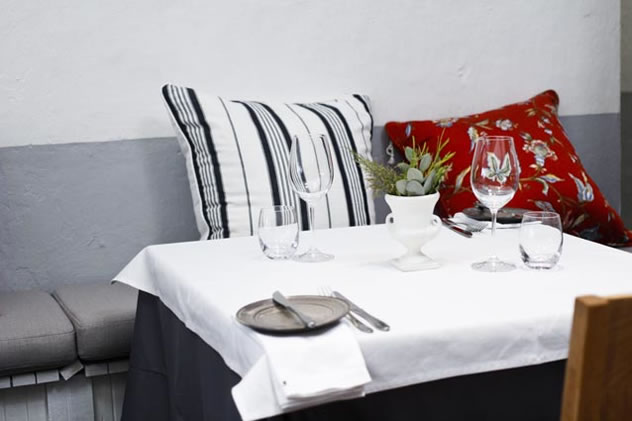 Comfortable seating at Restaurant Jardine. Photo courtesy of the restaurant.

White tablecloths and beautiful crockery elevate the otherwise quite unassuming space, while lots of greenery give it a bit of warmth without making it too casual.

Jardine is a great restaurant experience. From the moment you set foot in the Stellenbosch eatery until the parting shot of your waiter, it’s pure pleasure. Accessible, delightful, delicious dining all around. But is it worthy of a top spot in SA? I’ll reserve my final judgement for a second visit, as my first was within the first week of opening. And we all know that it takes a while for chefs and teams to find their feet – even when they’re of a Top 10 calibre. 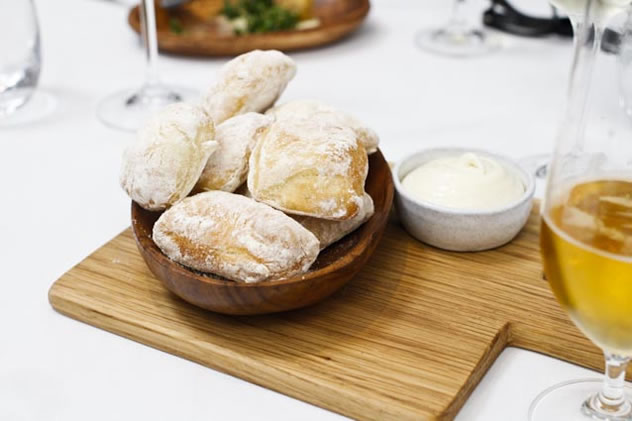 Bread-rolls on a plate at Restaurant Jardine. Photo courtesy of the restaurant.