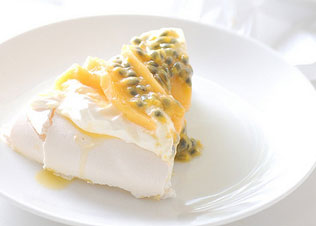 Some people take pride in changing the world and then being honoured in some big way, like having their face printed on money, or the worthy pursuit of contributing to the world’s biggest ball of yarn. In the culinary world, people often name dishes they invent after themselves or the dames they secretly love. We put together a menu of meals named after people, but we don’t recommend eating them all of them in one day… Unless you’re in training for the Eat Out DStv Food Network Restaurant Awards and need to work on your feasting fitness.

Starter: Melba toast with figs
The first Australian-born classical musician to achieve fame in the rest of the world, Dame Nellie Melba, inspired four dishes, including Melba toast. While not quite the most delicious of the foods she inspired, Melba toast gained popularity in the eighties as a diet food and was also given to teething babies. The French chef Auguste Escoffier created Melba toast for the singer when she fell ill and wouldn’t eat anything else. He also created the Peach Melba dessert, Melba sauce and Melba Garniture – tomatoes stuffed with chicken, truffles and mushrooms – in her honour.
Try store-bought Melba toast with figs for a breakfast starter.

Main: Eggs Benedict
The story of the origin of eggs Benedict is comparable to that of the two-minute noodles-with-everything dish we created when we were students. Legend has it that a New York stockbroker named Lemuel Benedict once woke up with an awful hangover and a terrible case of the munchies. He went to the Waldorf Hotel and asked the kitchen to prepare the rich person’s version of a greasy hangover breakfast, which consisted of toast, poached eggs, bacon and Hollandaise sauce.Honour the best hangover meal of all time by getting your eggs Benedict at one of these restaurants.

Dessert: The ultimate name salad
Create your own fruit salad with fruits named after people. Start your name salad with sliced Granny Smith apples, named after Australian grandmother Maria Ann Smith, who discovered a chance seedling in her orchard in 1868. Add some boysenberries, known locally as blackberries. These hybrid berries were created by Rudolph Boysen in 1923. Finish off your salad with some freshly squeezed clementine juice, named after  Father Clément Rodier who created them accidentally.

Starter: Cobb Salad
How many times have you heard a TV or movie character order a Cobb salad? Despite its apparent appeal to fictional characters, it’s not surprising that the origin of the salad – made of greens, bacon, chicken, avocado, Roquefort cheese, chives and boiled egg –  can be traced back to someone was too hungry to cook. The salad originated in the Hollywood Brown Derby restaurant in the 1930s. Legend has it that the owner, Robert Howard Cobb, rushed into the kitchen around midnight and threw together all the leftovers he could find. Try a new take on the Cobb salad by making it in a jar.

Main: Chicken à la King
When William “Bill” King of the Bellevue Hotel in Philadelphia decided to combine chicken, mushrooms and truffles with peppers and cream back in the early 1900s, he was probably not expecting his dish to turn into the signature dish of 1990s South Africa. While the fad of overcooked chicken served in face-brick buildings thankfully died down in recent years, this is a wonderful go-to dish to throw together at home.

Snack: Boer en Brit
If, like us, you can never wait for dinner, dip a delicious Ouma rusk in a cup of Earl Grey tea. During the 1930s depression, a church group got together to find a way to raise money for mission work in the Eastern Cape. Ouma Greyvensteyn put her family recipe to work, and today few South Africans can resist a dipping an Ouma. Earl Grey tea was named after named after the 2nd Earl Grey, British Prime Minister in the 1830s. Think you can beat Ouma Greyvensteyn at her own game? Try this buttermilk rusk recipe.

Starter: Carpaccio
Named after the Venetian painter Vittore Carpaccio, known for the characteristic red and white tones of his work, carpaccio is a great way to start a meal.

Main: Fettuccine Alfredo
Early in the 20th century, an Italian chef, Alfredo di Lelio, had a pregnant wife with a hankering for something delicious. He invented the now world-famous Alfredo sauce to satisfy her craving and before long, the dish became famous among tourists in the area. Of course, nobody does Alfredo like the Italians. Get your fix at one of South Africa’s best Italian restaurants.

Dessert: Pavlova
Have you ever noticed how the soft peaks of meringue and cream in a pavlova resemble a floaty skirt? That’s precisely why it was named after the graceful ballerina Anna Pavlova. To this day the New Zealanders and Australians argue about who invented the pavlova, while South Africans enjoy the fruits (and meringues) of their labour. Not fond of fruit as dessert? Try these lemon meringue cupcakes instead.