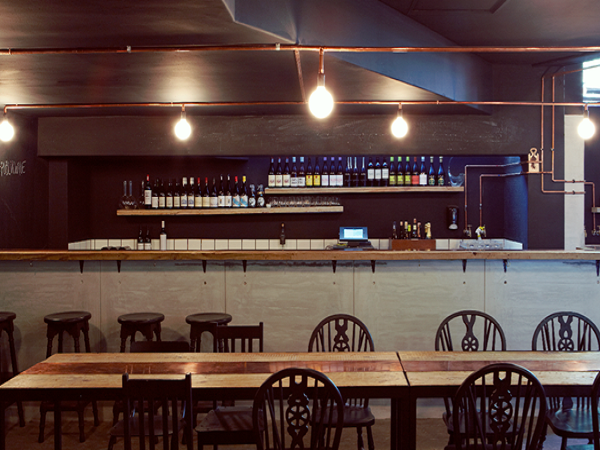 Frankie Fenner Meat Merchants and Publik Wine Bar have partnered with chef Ash Heeger, who’s worked at La Colombe and The Test Kitchen in Cape Town and The Ledbury and Dinner by Heston in London, to add a new restaurant offering to their Church Street location in Cape Town. Trading under the brand ASH, the restaurant will allow guests to enjoy lunch or dinner in addition to the popular charcuterie and wine offering.

The stylish basement location will be renovated to accommodate the expansion whilst retaining the industrial feel of the space. Changes will include the installation of a kitchen, a designated dining area, improved outdoor seating and overall upgrades to the flow of the restaurant. Most of the butchery will move off-site to Frankie Fenner’s new Woodstock facility, although a dedicated room will still remain to service meat-loving customers as well as the needs of the new kitchen. Publik will still be in charge of the drinks service in both the wine bar and the restaurant.

As for the food, ASH aims to showcase top-quality ingredients and attention to detail without any of the usual pretense – think down-to-earth burgers that are best eaten with your hands and a few well-prepared ingredients on a plate, like whipped chicken fat on toast, roasted bone marrow and beef scrumpets and ice cream sandwiches. There’s going to be a leg of the day, and roasts to share. It won’t take itself too seriously. An exciting aspect will be the addition of the indoor barbecue, which will cook up a majority of the menu’s ethically reared meat dishes. ASH will also be slinging out some tasty meat-free dishes for those who prefer veggie options. While a lot of the details are still under wraps, Ash Heeger has confirmed that the new eatery section is scheduled to open in March or April 2016. Watch this space for more details.