Where to get decadent doughnuts in Pretoria

From classic cinnamon-sugar doughnuts to gourmet versions filled with milk tart or salted-caramel and popcorn, here’s where to find deep-fried doughnuts in the capital.

Afro-boer’s doughnuts are generally reserved for Saturdays, although now and again they may have some available at other times of the week as well. They are prepared over a two-day period based on a recipe from one of Paris’s top-end bakeries. Order yours plain with a dusting of cinnamon sugar, or filled with chocolate ganache, custard, or berry jam. 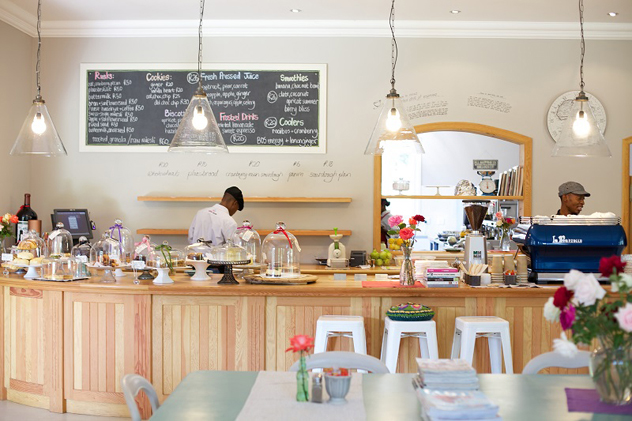 The interior at Afro-boer. Photo supplied.

Elisha Ramnundlall of this Pretoria East business creates quirky, crazy and colourful cakes and confectioneries for special celebrations. Her Indian doughnut delight has no less than six different burfee flavours with sweet syrup candy and a doughnut cake pop covered in chocolate and sprinkles perched at the top.

Little Treats is an up-and-coming catering company run by two friends with a mutual passion and love for food. They specialise in off-site catering for special events, including baby showers, weddings and gatherings of all sorts. Exciting products range from unicorn-themed cakes to savoury crepes, bobotie pies and French macarons. The Little Treats strawberry glühwein jam doughnut with cinnamon glaze, honey-and-whisky bacon and dehydrated strawberries is worth all the calories. Check the Facebook page for more information. 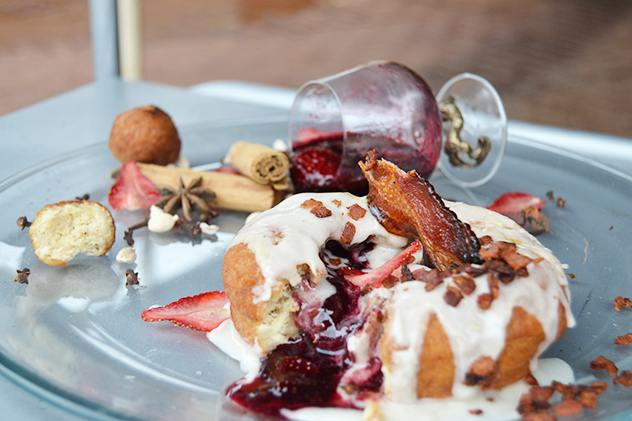 This bakery par excellence is simply going from strength to strength. Although they started out in Pretoria, they have since opened branches at the OR Tambo International Airport and Mall of Africa, and is fast becoming the go-to place for quality baking throughout Gauteng. Lucky Bread owners Pauli Coetsee and Alicia Malan gathered the inspiration for their doughnuts from time spent in London. These deep-fried beauties are made from stone-ground flour and fermented for 24 hours, resulting in a light and fluffy doughnut. Made without a hole, they’re piped with a variety of delicious fillings such as milk tart, strawberry jam, and salted-caramel popcorn. Order them in advance for large orders. Prices on request. 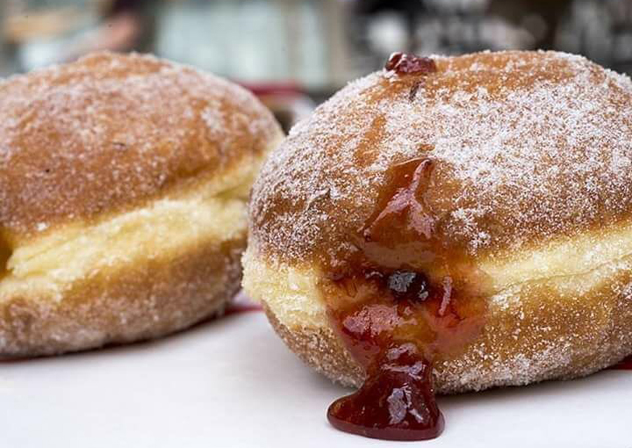 If you are a bit of a purist who believes that doughnuts must not be tampered with, Varsity Bakery’s offerings are as old fashioned as they get. These treats are traditional, fairly solid, and deadly addictive. Order yours glazed in chocolate, sprinkles and caramel, or filled with jam, all at R6.50 each. Mini jam doughnuts at R1.30 each are great for a quick snack.

Also look out for the gourmet doughnut with vanilla bean, coconut and miso glaze on the cover of our 2018 edition of the Eat Out magazine. 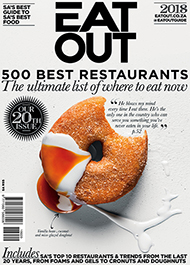