Where to get Southern-style soul food 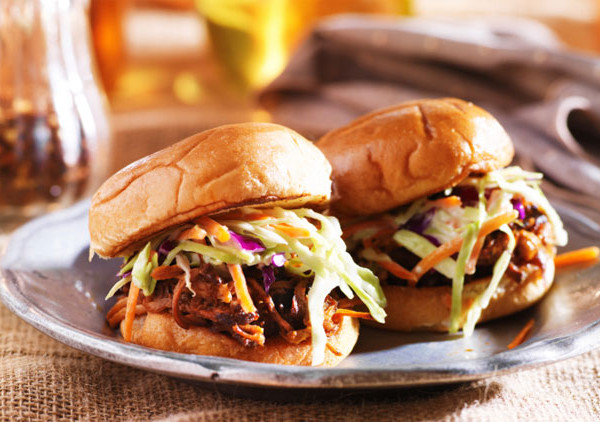 You had best don your denim and practise your drawl because Southern-style cuisine is taking over the local foodie scene faster than grass goes through a goose. We’ve gathered a bunch of lip-smacking local dishes inspired by the soulful Deep South of the Unites States, from crispy fried chicken to slow-cooked pulled pork sandwiches with coleslaw.

Missing out on a great spot really grates our pickle, so if you’ve tasted a Southern-style meal that rocked your boots, be kind enough to tell us about it in the comments section.

Café Bruegel (Edenvale)
While primarily a Belgium waffle house, Café Bruegel adds a touch of Southern flair to their menu with a grilled Cajun chicken waffle topped with feta cheese and avocado (R69.50).

Coobs (Parkhurst)
Feast on grass-fed beef brisket served on whole-wheat bread with coleslaw and a creamy potato salad for lunch (R90), or a dish of confit acorn-fed pork belly with organic vegetables, brandy-butter apples and a mustard jus for dinner (R145).

The Griffin (Illovo)
This hip gastropub ensures you end your weekend on a delicious note with their select Sunday roasts. They alternate between dishes weekly, but if you’re lucky you can catch their Southern-style deboned pork belly with buttered cabbage, pancetta, rich apple sauce and pork crackling (R110).

The interior at the The Griffin. Photo courtesy of the restaurant.

The Foundry (Parktown North)
Diners go crazy for their barbequed pulled pork that’s braised in ginger beer and served with homemade apple slaw and root vegetable crisps (R78). This dish is only available for lunch.

The Smokehouse and Grill (Braamfontein)
Try the St Louis pork ribs with fries (R80 for half a portion; R139 for a full portion); slow-smoked brisket with rocket, red onion and barbecue sauce on a panini with pickles and jalapeño (R90); or the pulled pork, which is a 15-hour slow-smoked pork shoulder on a sesame bun with Carolina coleslaw and barbecue sauce (R85).

Billy the Bums (Morningside)
Experience a taste of the south with a New Orleans pie: a feast of grilled chicken breasts, chorizo sausage, creamed spinach, mozzarella, jalapeño and Neopolitan sauce wrapped in puff pastry and served with rich onion gravy (R65). For a Louisiana-style dish, order their Cajun chowder with chicken strips sautéed in spices and onion, bacon, tomato and cream (R42).

Food at the Freedom Cafe. Photo courtesy of the restaurant.

Clarke’s Bar and Dining Room (City Bowl)
Indulge in a slow-cooked pulled pork sandwich with homemade kimchi and smoked mozzarella (R57), or plump for seafood with fragrant oyster chowder (R40). Try their sweet pie of the day for dessert (R39).

The interior at Knife. Photo courtesy of the restaurant.

Lefty’s Dive Bar (Zonnebloem)
This atmospheric venue is modelled after a traditional American dive bar and serves up a variety of Southern-inspired dishes including their famous Southern fried chicken and waffles (R65) and shredded pork tacos dripping with homemade apple sauce and red slaw (R60). Their menu changes frequently, so be sure to give them a call to see if these dishes are on offer.

Meisies Kitchen (Food truck)
While they don’t cook Southern food all the time, the girls of Meisies Kitchen can do private functions with a Mardi Gras theme (R180 per head). They whip up meals like blackened Cajun chicken skewers with mint yoghurt sauce; duck and chorizo gumbo with brown wild rice; refried beans; and sweet pecan pies.

Sticky Fingers BBQ (Observatory)
Get messy with a rack of ribs (R95 for half portion; R155 for full portion) and fried chicken wings served with slaw and beans or fries and onion rings. Complement your main with a grilled corn on the cob (R16).

The Taproom at Devils Peak Brewery. Photo courtesy of the restaurant.

Have we missed a Southern-style meal that really rocked your cowboy boots? Tell us about it in the comments section below.