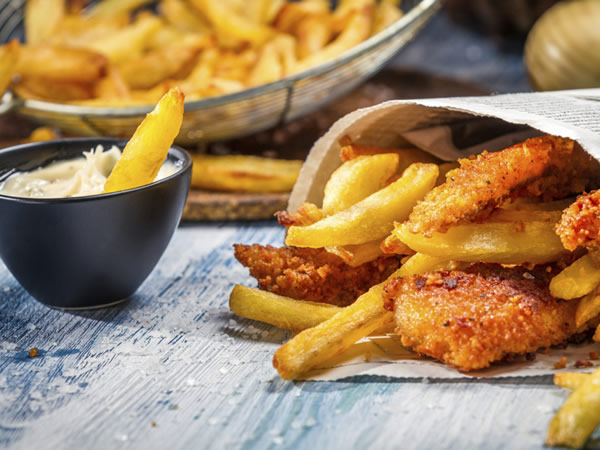 It was only a few weeks before chef Bruce Robertson passed away that he and I chatted about putting together a Simon’s Town restaurant forum to try get some inspiration back into the dining scene in this seaside town of ours. Alas, Bruce left us last month, after relocating to The Flagship from The Boatshed in Noordhoek. I am super happy to hear that The Flagship will continue under the capable hands of well-loved chef Duncan Doherty.

It’s been close to four years since my family embarked on the great trek from the city bowl to make our home here in the deep southern suburbs, so that our kids could run around the beach and mountain in their free time, and my husband could forage for mussels and yellowtail for our dinners.

To compile this gourmet zone I’ve taken off my judging hat and looked at real, down-to-earth, delicious food. (To narrow things down, I left out the popular places where food isn’t really a priority.) Here is my personal cream of the crop of the deep southern suburbs of Cape Town.

We live extremely close to Dixies, which serves a great steak (without the sauce), and their toasted sandwiches and milkshakes after a day on the beach are really great. In fact, my kids have dubbed theirs the best pizzas in the South. 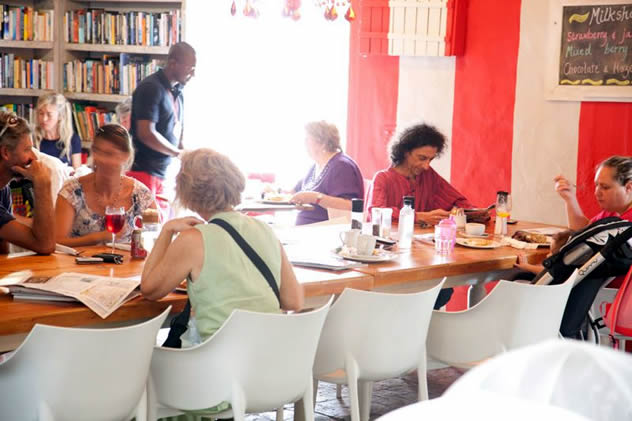 The Food Barn deli. Photo courtesy of the restaurant.

Top of the list have to be both The Foodbarn and The Food Barn deli in Noordhoek. (Chef Kerry Kilpin has left and taken up the position of head chef at Bistro Sixteen82.) Every time I go to The Foodbarn I simply must order the bowl of melt-in-the-mouth tripe, cooked in a tomato stew with a touch of chilli. Another irresistible item is anything sweet with a swirl of caramel. I dream of Sunday treats from The Food Barn deli (until I actually have to get up and drive to get them): chocolate-filled croissants, bread sticks, plump roast chickens and lemon meringue pies. 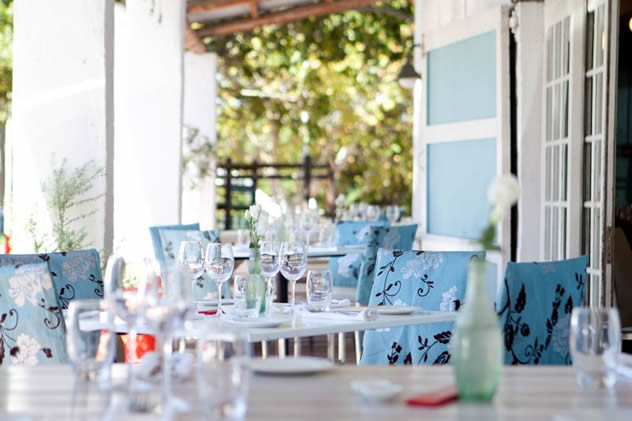 The Foodbarn. Photo courtesy of the restaurant.

Noordhoek’s The Red Herring has had a revamp and cocktails upstairs with that incredible view is always a good place to start before venturing down to Simon’s Town for a night to eat. It’s just a pity there are no bubbles on the menu; then it would be perfect.

There are two aces we’ve tried in Simon’s Town, Seaforth Restaurant, down by the penguins – but the tour buses scare me – and the vegetarian spot, Tibetan Teahouse. (I will have to pop in again at the latter during the holidays with someone else who’s keen, as my boys aren’t going to take a chance with veggies only.

The Lighthouse Café on Simon’s Town Main Road is relatively new, and their passionate owners should be celebrated for lifting the quality that we so need. It’s nothing posh, but everything is cooked really well, from steaks to pizzas.

Also down on the water’s edge at the Waterfront is a restaurant called Just Sushi. We go there quite a bit, as they have the freshest sushi around these parts.

Then, if you ever find yourself wandering around the Longbeach Mall (don’t rush there just for the shopping), don’t miss the really good authentic wood-fired pizzas at The Pizzaman. Very good for takeaways.

There is nothing much in Fish Hoek (sad but true), but I must mention that although you can’t sit down to eat there, Fish Hoek Fisheries makes the best fish and chips on the peninsula. 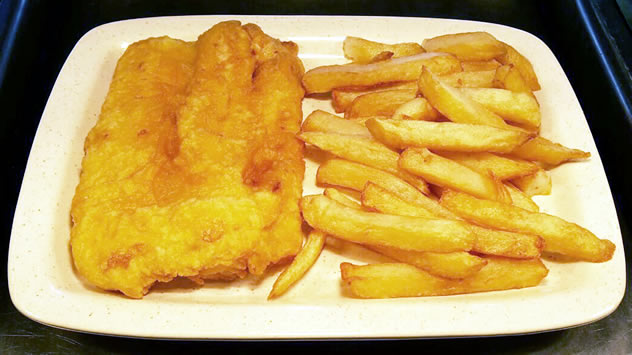 Moving to Kalk Bay, La Parada Spanish tapas bar is super cool – I find it much more authentic than the town one. Although, last time I went, the traditional jamóns of local Simon’s Town thatcher Jason Lucas were hanging no more. 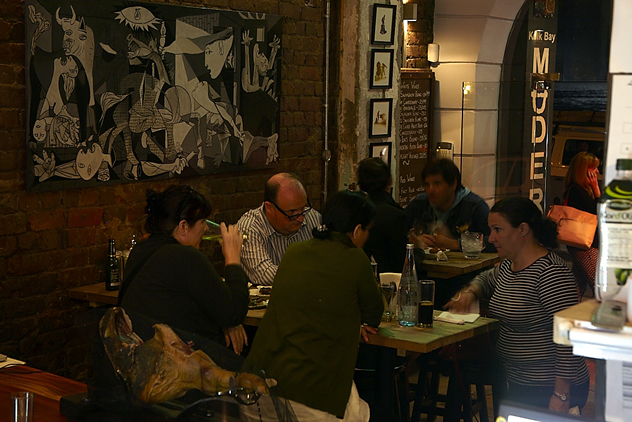 The best calamari and chips is to be found at the original Lucky Fish underneath Harbour House, so tender and tasty. Olympia Café is also an institution, packed with locals and boasting some of the most delicious food in town. Somehow the more often you go you don’t seem to notice the years of trading wear and tear, but this blog is all about the food, after all. The oysters are fresh, not many other places get fish right like they do, and the mussels are the bomb, as one of my sons declares. (And me too!) 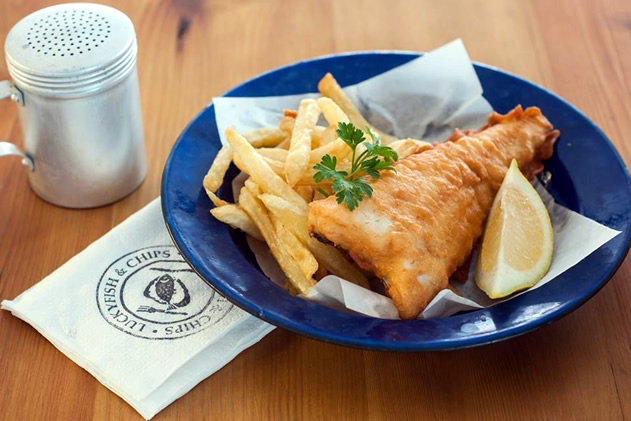 Lucky fish and chips. Photo courtesy of the restaurant.

If you need a cup of the real deal coffee, try C’est La Vie and the casual coffee place called Bob’s Bagel Café around the corner.

Muizenberg has the most amazing falafel place called Yoffi Falafel, which is right opposite the beach (a bonus), but you’re really there for the spicy and crunchy chick pea treats stuffed into a warmed pita bread with red cabbage, brinjal, hummus, avo and a drizzle of tahini.

Both night markets in the South are really good and have become quite an institution for us – especially in summer. There’s the Thursday market up at the glorious Cape Vineyards, where you can enjoy your edible purchases looking out over to the sea, and then the Blue Bird Garage Food and Goods Market on a Friday night. We love to grab a few craft beers and a yummy plate of something for dinner.

While there are many restaurants that remain very popular in the deep south, many are aimed at local day tourists or international travellers. The food is not really the highlight, but rather the vibe, buzz and incredible views that they often boast.

So why not hop on the train, or in your car, to come explore for yourself?