How great local restaurants are uplifting their employees

Ahead of the announcement of the winner of the 2017 Eat Out Woolworths Sustainability Award later this year, we’ll be running a series of articles highlighting ways that restaurants can be more sustainable. In the first of this series, we look at staffing.

If you’ve ever watched an episode of The Office or, heaven forbid, worked in a similar environment, you’ll know how crucial good staff management is. Most large corporates have an HR department, which would be available to advise on best practice and compliance. But what about restaurant workers, who often are employed on a temporary or seasonal basis, and don’t have HR practitioners to support them?

Meet Tyson, one of our senior wine educators, who started off as a general assistant with no wine knowledge at all! #SpierPeople

What the law says

“Often, employees are not aware of their rights and therefore do not exercise them. This sometimes feeds into employer non-compliance,” says Ulrich Stander of labour-law firm Maserumule. “I think it is important to understand that employees in all industries, including hospitality and restaurants, are protected by our labour legislation. The cornerstone of these rights would be the right not to be treated unfairly in the workplace which includes, among others, the right not to be unfairly dismissed, unfairly discriminated against, the right to freedom of association and the right to fair labour practices.” But what about temporary employees or seasonal staff?

Meet Marilise, who’s worked her way up from general worker to farm supervisor in the vineyards. #SpierPeople

“Irrespective of the type of employment, i.e. permanent or temporary and full time or part time, all employees qualify for protection in respect of basic employment rights, such as the right not to be unfairly dismissed, to paid leave, sick leave, maternity leave, overtime payment, and even the right not to have unilateral or unfair deductions from salaries etc.”

Ulrich also advises that fixed-term employees may be deemed to have become permanent after three months of employment if there was no justifiable reason for not having such an appointment. A justifiable reason could be a temporary increase in work volume as happens during the busy season, says Ulrich.

Being a good, sustainable employer involves a lot more than behaving fairly, however. Many local restaurants are going much further to uplift their staff.

What local restaurants are doing to employ more sustainably

At Spier in Stellenbosch, sustainable practices in staffing go far beyond paying more than minimum wage and instituting contracts. The Spier team conducts annual living wage surveys to understand the financial and social challenges faced by their entry-level staff across the brand. “We are committed to working towards a living wage for our employees,” says Heidi Newton-King, sustainability and HR director of Spier. At present, the staff earn 38% above minimum wage and also qualify for an individual learning spend allocation for transformative learning. 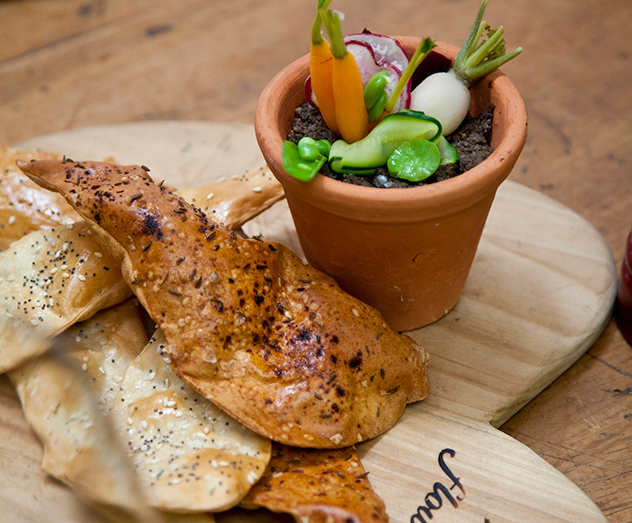 The staffing goals apply to all the Spier staff, including the staff at Eight at Spier. Photo supplied.

Spier has made a commitment to employing locally: At present, 87% of staff live within 30 km of the estate. Spier also aims to employ unemployed adults or those who have never worked before, and has partnered with Harambee, a network that connects employers with young, high-potential work seekers.

If that sounds like a lot of work, Heidi is quick to demonstrate the benefits for the employer. “The importance of motivated and engaged employees is crucial for business success and creating a working environment that nurtures agents of change,” says Heidi. 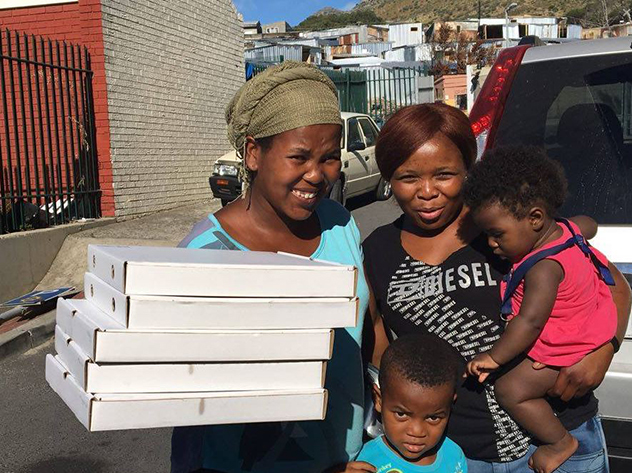 Massimo’s in Hout Bay supports their community through the Pay it Forward initiative. Photo supplied.

Massimo’s in Hout Bay is known for running several charitable projects to uplift the wider community. And their team operates like family. Most recently, when six of the restaurant’s staff lost their homes in the recent Imizamo Yethu fire, the team pulled together to help. “It was a devastating shock to us all,” says Massimo. “The profits from the Saturday of the fire were shared between them and we gathered as much as we could from local charitable organisations to help them get back on their feet.” Luckily, a customer who works in one such foundation has offered to equip their homes once rebuilt. 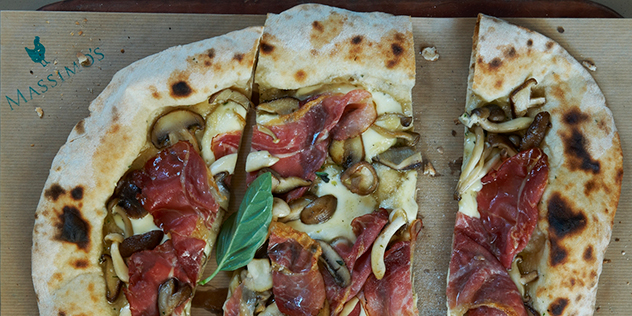 Massimo’s is famous for their wood-fired pizza. Photo supplied.

At Massimo’s, all staff are on permanent contracts, with leave requirements in place, and the restaurant has a policy of promoting from within. For example, of four staff members who started as runners, one is now a barman and barista, another is a waitron, and the other two are pizzaioli. “If we spot potential, we love giving staff a chance to shine. Thanks to three musically talented staff members, the team is now planning an acoustic jamming session.” 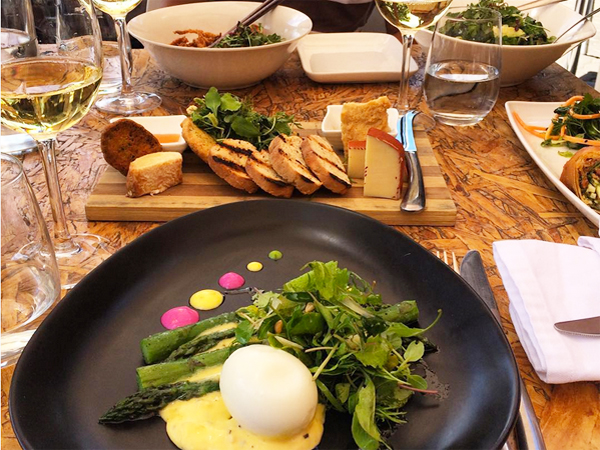 A dish at Coobs. Photo supplied.

At Coobs in Parkhurst, owner James Diack has also followed a policy of promoting from within, using the expansion of his stable to a group of three (with The National and The Federal) to empower existing staff members. When he opened The National, James appointed Sachin Gosai from Coobs as head chef. “He’s now running his own kitchen, his own team, and pitching new dishes,” says James. 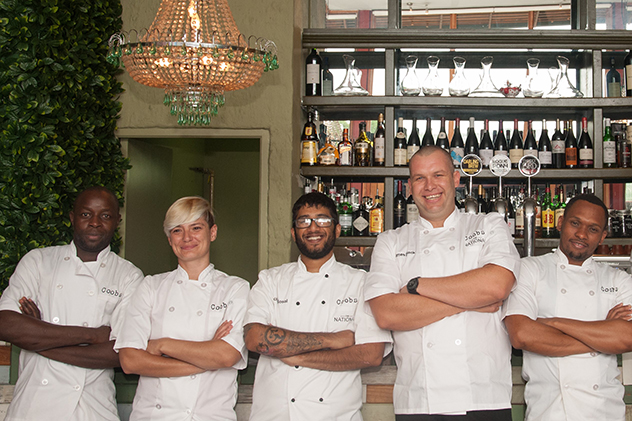 James is also able to support 15 families who live and work on his family farm, Brightside, which supplies his restaurants with sustainable produce. “We noticed that not all the produce was being used, so we opened the second restaurant. Now we’re finding we need more produce to supply the restaurants. It’s a win-win situation.”

A checklist for restaurant owners

For the purposes of the Eat Out Woolworths Sustainability Award (which recognises a South African restaurant that is making strides in sustainability in terms of menu design, produce procurement, staff empowerment and environmental impact), the judges look at the basics – whether staff have an official contract, receive payslips, are paid a living wage and work fair hours – as well as the broader picture: how the restaurant impacts the community around it. The entry form for the 2017 awards will soon be released on 1 May, but for now, consider the following:

Do you provide support and stability for staff? For example, are waiters paid only in tips? Do they receive minimum wage as well? More than minimum wage? Do you pool tips for non-waiters, too? Do you document all payments with a payslip?

Do you expect workers to work over 45 hours a week? And, if they are expected to work overtime, do they receive overtime pay or leave in lieu of payment?

Do all permanent workers have a written contract, signed and understood by both parties, including a job description, pay rate, hours, overtime regulation, social benefits, annual paid leave, maternity leave, protection of the worker from loss of pay in case of illness, disability or accident, and a notice period for termination?

Do temporary workers have a written contract, signed by both parties?

Do you provide any other benefits such as a pension, medical aid assistance, or transport?

Do you adhere to the OHS (Occupational Health and Safety Act) and have adequate first-aid facilities, and train staff for emergencies?

Do you offer training for staff?

Do you give back to your community?

To check if your restaurant complies with the legal requirements, consult The Basic Conditions of Employment Act, supported by Sectoral Determination 14 for the hospitality industry (both of which create a floor of minimum employment terms and conditions) as well as the Labour Relations Act.