At a gala dinner held at the One&Only Cape Town last night, Grégoire Berger was named the regional winner of the S.Pellegrino Young Chef competition for Africa and the Middle East. Grégoire, a French-trained chef who currently works in Dubai, will head to Milan in October, where he’ll take on the regional winners from 19 other regions around the world. Seven of the world’s top chefs – including SA’s own David Higgs, of the soon-to-open Marble – will have the difficult task of picking a winner. 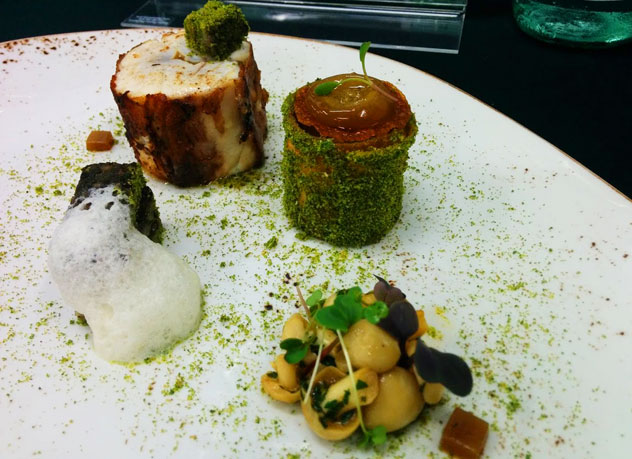 But for this phase of the competition, 10 chefs from around Africa and the Middle East had to prepare a single dish for a judges Chantel Dartnall of Restaurant Mosaic in Pretoria, Chris Lester of the prestigious OIM Restaurant Group, and Moroccan chef Meryem Cherkaoui. Grégoire’s winning dish was a fish and cured goose dish with ponzu, agria espuma, artichoke, black truffle, shimeji and tarragon. The dish is designed to recall a walk in the woods in autumn on a rainy day. 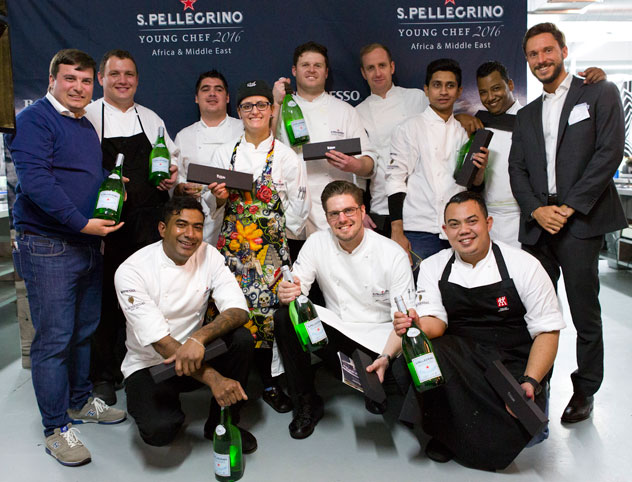 The ten finalists had six hours to prepare their dish at the SA Chef’s Academy.

Michael O’Shea from The Ivy in Dubai was awarded second place, and Eka Mochamad of Bateaux in Dubai was placed third.

Several South African chefs also competed in the regional section: Dion Vengatass of the Belmond Mount Nelson (who is also representing SA at the IKA Culinary Olympics in Germany this October), Andrew Ross McKinnon of DW Eleven-13, Michelle van Sittert of 15 on Orange, Phillip Nel of Rust en Vrede, and Jean-Claude Wagener of Something Good Roadhouse in PE. 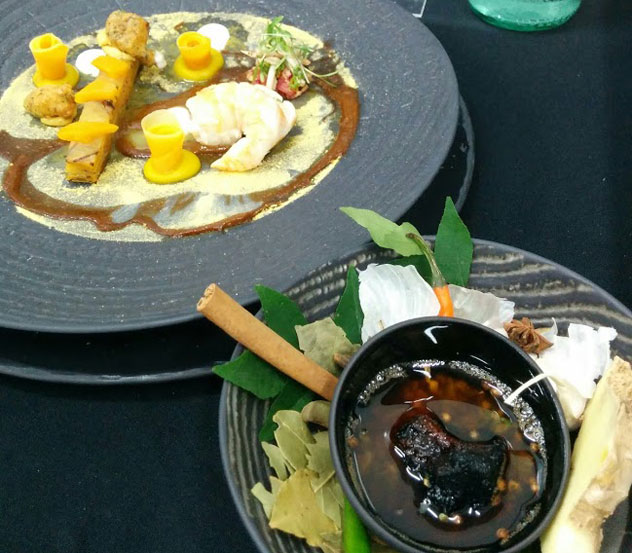 Dion Vengetass’s dish was inspired by the cooking of his family and the flavours of the spices he learnt as a young child.

This is the second year that S.Pellegrino has run the competition. Last year’s winner was Irishman Mark Moriarty, who will be cooking on Thursday with last year’s regional winner, South African chef Angelo Scirocco, who recently opened his first restaurant, Urbanlogi in Joburg. Both spoke of the opportunities for the competition has opened up for them.

Click here for more information about the competition and S Pellegrino.