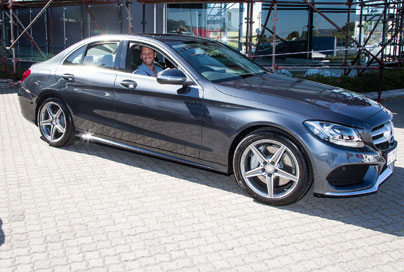 Luke drives off in his new car.

On Friday 21 November Luke Dale-Roberts, chef-patron of Restaurant of the Year The Test Kitchen, received the keys to the biggest prize in the history of the Eat Out Awards.

The brand new Mercedes-Benz C-Class will be Luke’s hot set of wheels for a full year.

The Test Kitchen was revealed as the number one restaurant in South Africa for the third year running at the spectacular Eat Out Mercedes-Benz Restaurant Awards held on Sunday 16 November 2014. (See the rest of the Top 10 and all the other winners here.) 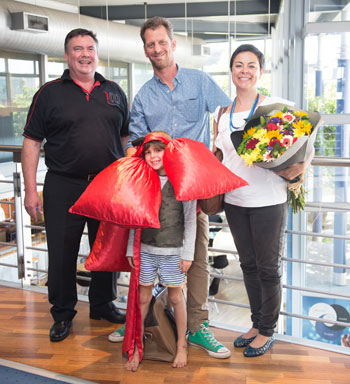 An over-the-moon Luke, who claimed the prize with his wife, Sandalene, and son, Findlay, tweeted, “Thanks so much to @Eat_Out @MercedesBenz so so so so much!! Also huge congrats to all the other winners!!”

If you haven’t yet been to taste The Test Kitchen’s magic yourself – or even if you have – best get dialling soon: they are booked out for dinner until June 2015!