History, mystery and hot apple cider: where to eat in Salem, Massachusetts 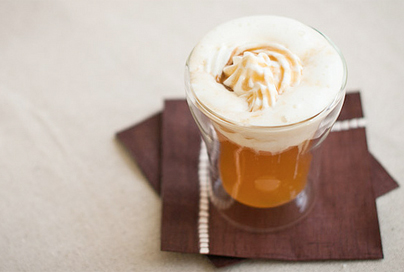 Just thirty minutes north of Boston lies the historic and picturesque port town of Salem. Originally called Naumkeag, but renamed by founder Roger Cannet in the early 1600s), the town is best known for the Witch Hysteria of 1692. The locals however, try and play down the scandal in favour of the original, maritime history of the area.

Salem was once one of the most prosperous towns in America, during both colonial and post-revolution times. It was the primary port through which trade with Europe and the Far East occurred and, as a result, became a mecca of spice and textile trade in the fledgling years of the new republic. Touches of this history are still in evidence today.

Ideally, you would need two or three days to give Salem its proper due: it’s charming, quaint and artisanal in every way. If you’re under time pressure, however, the highlights can be accomplished in a day and all places of culinary and historical interest are within easy walking distance. 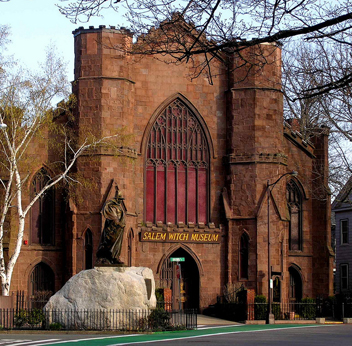 One of the many museums in the historic town

Your day should begin at JaHo Coffee and Tea Merchants on the Derby Street side of Pickering Warf. This is a warm, welcoming and eclectic spot, with an ethos to “live slow”. The quality food is served with care and an emphasis on enjoyment: not only of the wide variety of coffees, teas and light meals, but of the jazz blue notes and deep mahogany-red space.

Continue down Derby Street towards the House of Seven Gables and the author Nathaniel Hawthorne’s birthplace and pop in at Yea Olde Pepper Companie en route. The store, established in 1806, is the oldest candy store in the United States. Try the salt-water taffies and Gibralters, hand-made and pulled with the same care and in the same way since the store opened.

Once sated with the literary history of the town, visit the Peabody Essex Museum (the oldest museum in the United States) for a little maritime history and then head down to Lafayette Street to the Howling Wolf Restaurant for lunch.  This is arguably the friendliest place in Salem. Don’t be surprised if bartender Aaron Morris, or any of the other staff, take a seat at your table and while away the time with interesting bits of food trivia and local must-sees. The food is authentic, contemporary Mexican fare and you cannot go wrong with this menu, or the variety of artisan beers on offer. The Blood Orange Heffer Weise Beer of Slumbrew Boston is highly recommended and works well with the chicken fajita chimichangas. 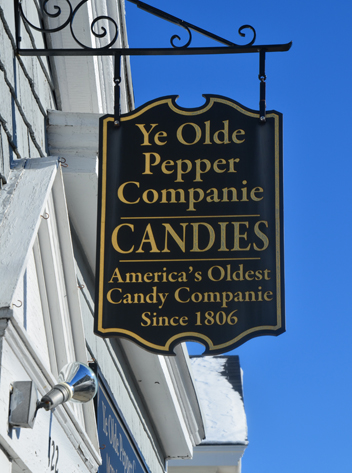 Your afternoon should be devoted to two activities: the first, a trip to the Witch Museum, which provides interactive narratives of the horrific 1692 witch trials and an overview of the history of witchcraft as a whole. The second is a guided historical walking tour of Salem. There are several tours available with varying interests, but Hocus Pocus manages to combine history and intrigue in an effortless and entertaining way. Your walking tour will end in the setting sun alongside the Witch Trial Memorial. If you have the time, you should also go and see the Witch House (at the bottom of Essex Street) and the Phillips House (on Chestnut Street), which will give you a great feel for life in New England in bygone eras.

During the course of the afternoon, you need to make the following two stops: Gulu Gulu restaurant on Essex Street for traditionally brewed hot apple cider and crêpes, and Maria’s Sweet Somethings, where on a cold day the three varietals of hot cocoa will warm your soul (my favourite was the Aztec with cayenne pepper and cinnamon). On a hot day, the more than thirty different homemade ice creams will cool you. Try the pumpkin ice cream for something sweet and spicy, or the decadent Maine Black Bear, an exercise in raspberries and chocolate that is very difficult to compete with.

Wind your day down with dinner at a Salem landmark, the Grapevine Restaurant on Hawthorne Avenue. The retaurant opened its doors some thirty years ago; head-chef Tim Caldwell used to be a regular patron and waitress Carolina Brown has happily worked there since the 1980s. Tim’s vision is to retain all of the charm of the past and introduce a more contemporary flair along with a wider selection of Mediterranean fare. 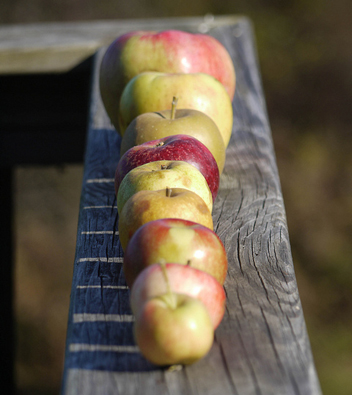 The town is known for its apple cider

Tim says, “I love what I do. I love that the fishmonger is a guy I went to high school with. I love that I am behind the counter at one of my favourite restaurants.”  You can taste the love in every dish. The menu is seasonal and changes are made frequently depending on the availability of ingredients, as only locally sourced produce is used.

Salem is charm personified. While it may be tempting to visit over Halloween, the many festivals during the year offer an enticing array of activities, making it an attractive destination all year round. Salem will weave its magic around you and you’ll leave enriched and bewitched.

Salem can be reached by bus, train or ferry from Boston. There are no chain hotels in Salem, but there’s a number of historical buildings (like the Hawthorne Hotel) and bed and breakfasts around the town for around $100 per night. Entrance fees for museums vary between $6 and $10 for adults.  The Hocus Pocus walking tour was $18.