Born and raised in Soweto, Lesego Semenya started his working life as a process engineer before enrolling at Prue Leith Chef’s Academy to pursue his real passion. He holds a Grande Diploma in Food and Wine and five other international qualifications in wine and patisserie, and in 2010 won a World Cup pie-designing competition, which saw him work at a Michelin-starred restaurant in London owned by Richard Corrigan as part of the prize.

Lesego has worked at The Westcliff, spent time as a personal chef, and has catered for The British High Commission, Liverpool FC and numerous local and international celebrities. From 2012 until 2014, he worked at Richard Branson’s private game reserve in Sabi Sands, and he’s recently returned to his native town to focus on building his business and writing a book. We also hear Lesego’s just cracked the nod for Mail & Guardian’s Top 200 Young People for 2015. We asked this up-and-coming fundi to share his food favourites and restaurant recommendations. 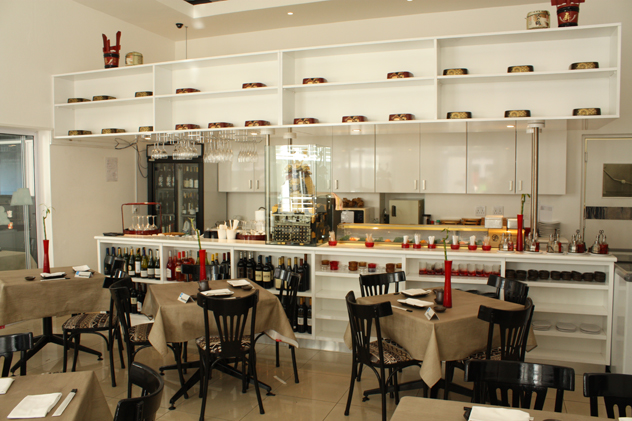 Yamato in Illovo. Photo courtesy of the restaurant

Dark chocolate – I love good dark couverture. Luckily, my doctor recommended I eat more of it for its antioxidants and health benefits. Awesome doctor, that!

It’s one of the oldest establishments in In Southern Johannesburg: Gino’s in Robertsham. It’s homely and you’re treated like one of the family. Friendly service, and everything is made the classic Italian way. The bar area reminds me of that great classic sitcom, Cheers.

I’m a lover of stacking; I stack everything into one sandwich. It horrifies those who see me do it, but there’s nothing better than a Dagwood! I don’t make mine the traditional way, though. My favourite sandwich has cream cheese, crispy pancetta, sundried tomatoes, rocket leaves, slivers of beef fillet, brown mushrooms and a fried egg between two layers of chewy ciabatta.

Most underrated and overrated ingredients

Real smoked paprika is totally underrated. There’s nothing like real paprika from Spain; I use it in everything, including my scrambled eggs. Love it. I think truffle oil is overrated, though. I honestly don’t understand the hype.

I love Jamie Oliver’s cookbooks. Not because they teach me anything new, but because of how he simplifies good food and makes it accessible to the average person, while still using proper chef techniques. 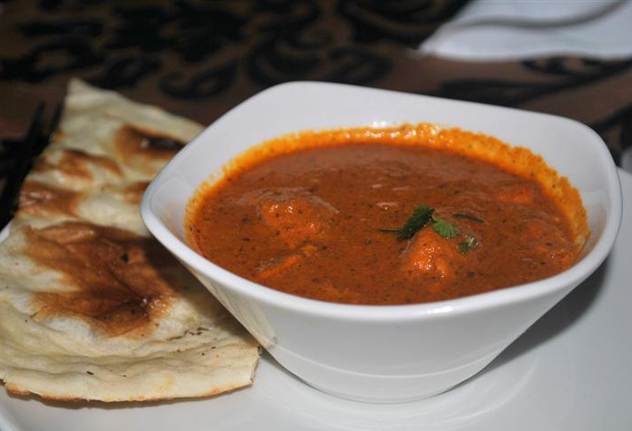 Curry from Thava. Photo courtesy of the restaurant

Thava in Norwood. I’m a bit of a connoisseur when it comes to Indian food.

Mentor in the kitchen

I was lucky enough to work under Chef Nicky Gibbs while doing the practical portion of my diploma. She taught me a few things, but the most valuable lesson was how to stay focused in this crazy industry of ours.

My dad’s tripe and dumplings! With some butternut purée on the side.

Eggs were the first thing I mastered. My brother and I used to make the craziest French toast concoctions. On weekends while playing TV games, one of us would be designated the ‘French toast creator’.

I just did a stint as a corporate chef at a large law firm. We weren’t allowed to buy in any pre-made pasties and biscuits, so I had to master the art of homemade Romany Creams and Oreo cookies. I kid you not; we’d make them from scratch.

Moemas in Parkhurst. I had my birthday breakfast there a few weeks ago and I was impressed by their freshly baked wares.

Dalewood Fromage always seems to bring out some awesome flavours. I know their artisan cheeses are made with love. Lanquedoc and Huguenot are some of their best.

Favourite restaurant with a great view

Maybe I’m biased because I did my practical training there, but The Westcliff has one of the best views around.

Venue for Sunday lunch with the family

It’s become a bit of a franchise now, and I feel they could work on their food a bit more, but for someone with kids or a large family, the atmosphere at Papachinos in Morningside is king. 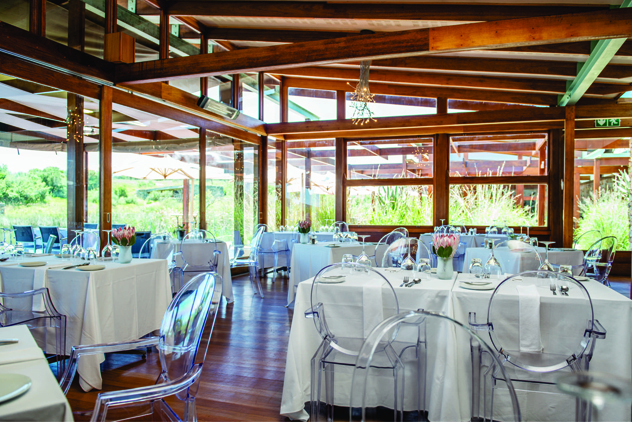 Interior at Roots. Photo courtesy of the restaurant

For the fine-dining theatrics and performance, Roots at Forum Homini is awesome. Their wines are pretty decent, too.