Move over food trucks, the newest trend to unseat traditional sit-down dining is a little more subtle. Fast casual dining might sound about as ambiguous as smart casual dress code, but in the USA, the fast casual sector is making a name for itself. It’s grown 10 times faster than the fast food industry in the past 16 years. And in the past couple of months, a handful of fast casual restaurants have opened up around South Africa.

So what is a fast casual restaurant? 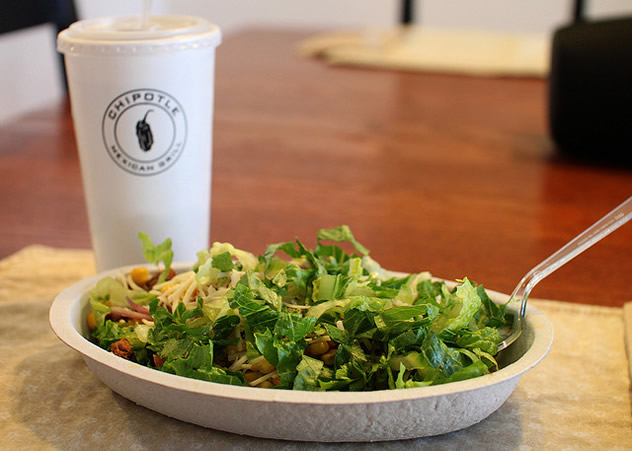 A Chipotle burrito bowl. Photo by Mr T in DC.

Forbes describe fast casual as a hybrid between fast food outlets and casual dining establishments. “They provide counter service [like a takeaway place] and offer more customised, freshly prepared and high quality food than traditional QSEs [quick-service restaurants], all in an upscaled and inviting ambience”. The service is also faster and the prices slightly lower than in sit-down restaurants.

The Washington Post refers to the fast casual trend as the Chipotle effect – after the American chain of Mexican grills that has set itself apart from other takeaway outlets with a perception of healthier food – apart from the occasional minor scandal!

Over at Eater, Levi Dalton identifies another distinction: Unlike fast food outlets, fast casual restaurants offer alcohol. This is usually limited to beer and wine, as spirits tend to create too many options. “Fast casual operators prefer short menus that keep customers focused on a limited set of options and the line moving,” says Dalton. 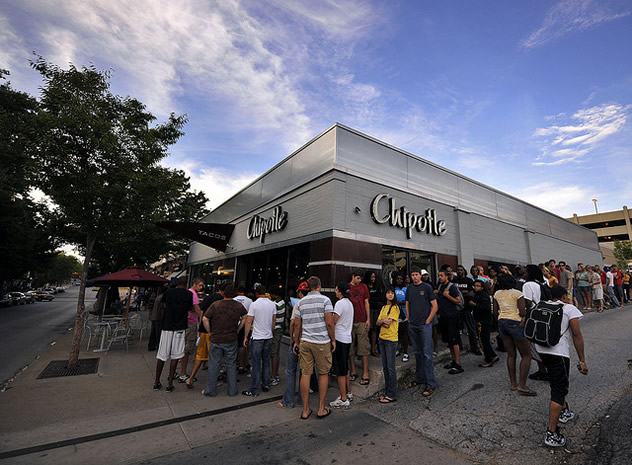 In the US, at the start of the last recession, industry analyst Bonnie Riggs noticed a surprising trend. “Traffic in the restaurant industry was negative for two years in a row, which we had never seen before. Quick service was flat; full service was flat. But fast casual was growing in the double digits even during the height of the recession.” Riggs believes the trend will only increase in popularity in coming years, as Millennials, the trend’s biggest fans, become less and less willing to eat fast food and more conscious of their health.

South Africa’s current, very evident burger boom really took off during the last recession. Could fast casual dining be the trend that takes us through the next economic downturn?

In Durban, this past September, Wakaberry founders Michele and Ken Fourie opened up a taqueria-style eatery called Four15 based on the fast casual model. Michele says they got used to dining this way while living in the US for a few years. “Most of the restaurants that we frequented used this style of dining. It was really easy for us (having small children) to walk into a restaurant, order and pay for our food, and not have to wait for 20 minutes for someone to bring us our bill once we had eaten.” While South Africans haven’t had a lot of exposure to this style of dining, Michele says the reaction has been, for the most part, positive. “It is something new and interesting, so people have been keen to try it out.” 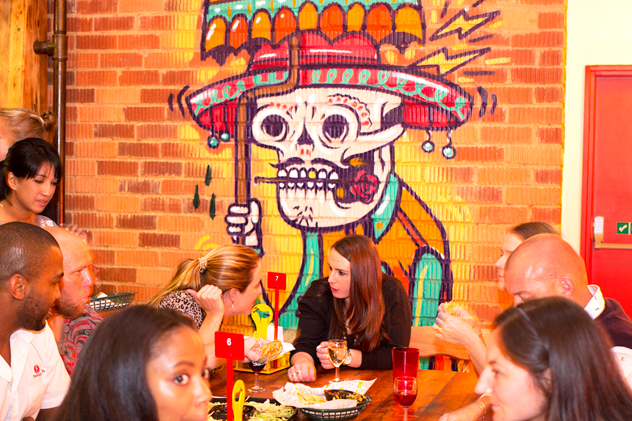 A table feasting on their burritos at Four15. Photo courtesy of the restaurant.

There’s also less chance of orders being wrong – as they’re put directly into the system. “Trying to incorporate a bar into the fast-casual service style was a little difficult because we realised that most of the customers are not going to want to pay for each beverage each time they order.” This was resolved by offering the option of running a tab. Customers are also able to do this with their meals. 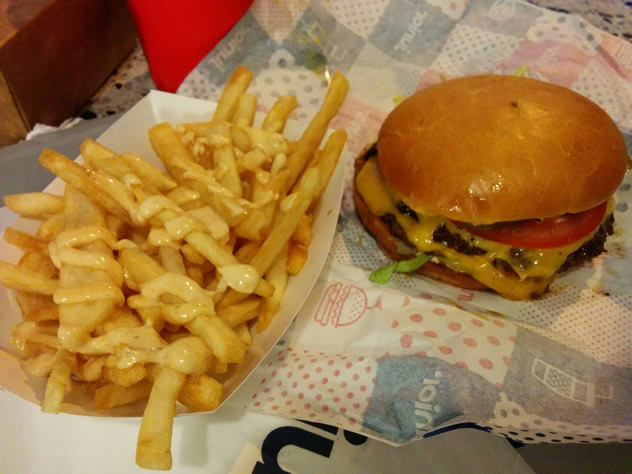 A burger and fries at Junior.

So how has the response been? “People have been really into it,” says Hugo. “We’ve had loads of return customers – we even have people who come every second day. I think South Africa has very much been waiting for a better quality of takeaway food.”

As for the negatives? Hugo says for the most part it has been resoundingly positive, but in a few limited cases the style of service has created expectations of a cheaper price. “We have occasionally had price comparisons with places like McDonald’s – which is nor really fair, considering it’s a huge multinational that uses frozen ingredients. We can’t compete at the same price point; we provide fresh meat patties from an amazing butcher and home-baked rolls.”

As for tipping, the team have actually been surprised to find that patrons are still fairly generous. “We put in as big a window to the kitchen as possible – to show we have nothing to hide – but I think the result is that customers see the people making their food and want to tip them.” They’ve also gamified the tipping procedure by asking people to vote by putting their cash into one of two tip jars. The current poll is a choice between Star Wars and Star Trek – and Star Wars is currently winning hands down.

So what of the future? In Hugo’s opinion, the trend is likely to grow in the coming years. “I think it’s going to happen in a lot of genres of food, which is exciting. As South Africans, we deserve a better quality of fast food.”