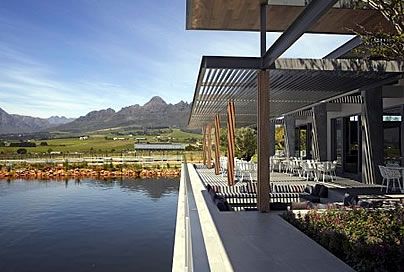 During all the craziness at the end of last year I didn’t manage to get to a few places on my forever-growing list. I thought I might sneak in a few while on holiday, but it’s my last few days before I start work again and I doubt it.

I haven’t eaten out for an entire month – and really needed that break – but I’m biting on the bit to get back on track and book at the first restaurants on my list.

It’s all happening on wine farms once again this year. I can’t wait to see what chef Henrico Grobbelaar is doing at Equus at Cavalli in Stellenbosch as well as down the road at Jordan, where George Jardine has his new bakery joined onto the wine cellar.

Then, literally a few farms away, Camilla Comins and Russell Wasserfall from Table @ de Meye in Stellenbosch (which they have sold) have now opened the same concept at Overgaauw Wine Farm. Camilla cooks simple, yummy food and serves up a set menu of the day, which could be something like roasted lamb carved at the table and served with a bowl of handpicked roasted veggies, and gooey pavlova with homemade ice cream to finish.

I’ve heard amazing feedback on chef Eric Bulpitt’s creations at The Restaurant at Newton Johnson. If the food is anything as good as what he prepared at The Roundhouse, then it’s bound to be a refreshing and spectacular addition to that part of the winelands. And a bit further on is Springfontein Eats on Springfontein Wine Farm in Stanford, where chef Jürgen Schnieder is based.

Closer to the office, Liam Tomlin, one of the judges for the 2013 Eat Out DStv Food Network Restaurant Awards, is about to open the doors of his new canteen in Bree Street, a strip that’s becoming as popular as the R44 in Stellies. (Chefs Warehouse is being installed where the legendary Caveau used to be and should be open by end-January.)

Lastly up in Pretoria is De Kloof, where Chef Monché Muller is experimenting with some very playful ideas. I’m looking so forward to seeing some competition in that part of the world!

What a treat to start off the new year. Let the eating stamina begin!