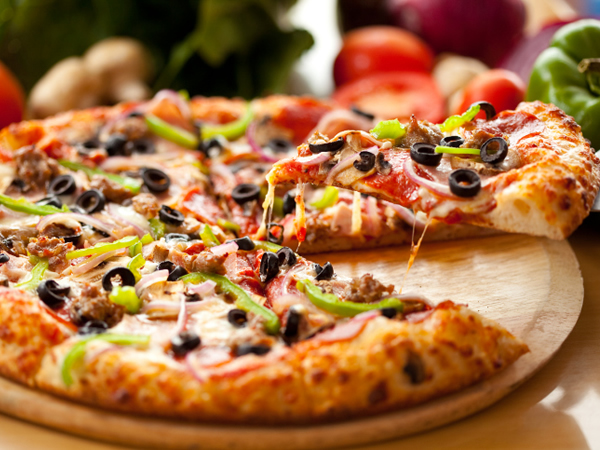 If you ask Bloem residents about the prettiest girl in the world, opinions won’t vary much. Of course it’s local girl Rolene Strauss (officially too, by the way); and don’t expect a big debate on their favourite rugby team, either. (Do I have to say Free State Cheetahs?) But ask people in Bloem about pizza and the judgments are as abundant as the province’s potholes. Colette du Plessis bravely launches Project Pizza to form her own opinion.

Avanti, the small restaurant in Bloemfontein’s hip and happening suburb, Westdene, seemed to be a good starting point on a Wednesday night. The pizze le tradizionali section on their online menu looked particularly promising and it did not disappoint in person. How much more authentic can you go than pizza Siciliana with anchovies, smoked chilli flakes, olives, capers and parsley? Or the Mia Sofia with wild mushrooms, parmesan, rocket and truffle oil? Yum! An intrepid fellow diner opted for the Inferno with peri-peri prawns, avocado and coriander. His reluctance to share confirmed his satisfaction. Avanti’s slightly formal interior allows you to dress up for pizza, if you’re looking for an excuse to put on those heels. Avanti wins Project Pizza’s award for the most authentic toppings. 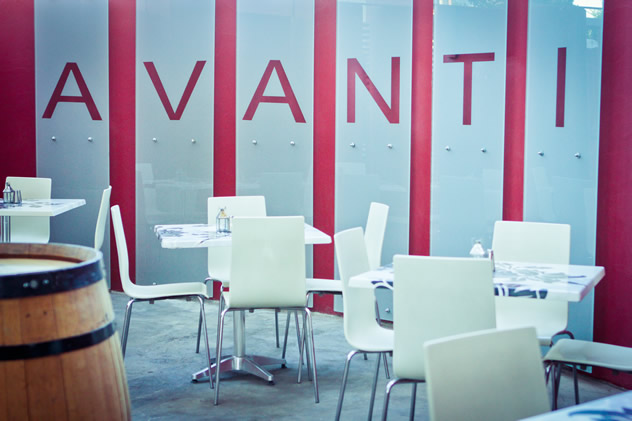 Avanti. Photo courtesy of the restaurant.

The idea this time was to go for less formal, more fun Friday night. Our choice was spot on. Bella Casa (just across the road from Avanti) is a vibey restaurant where people flock for more than just the food. We really like their clear distinction between pizza according to South Africans and authentic pizza (done the traditional Italian way). From the ‘thick crust’ menu we had the Hawaiian, which was nothing more and nothing less than expected. From the special traditional pizza menu (thinner bases, more tomato and less cheese), we had one topped with carpaccio and rocket with parmesan shavings. It would have been a perfect pizza if the parmesan shavings were actually shavings. Big humps of parmesan on a pizza (or anything else, really) are just unappetizing. The same goes for the Parma pizza with Parma ham, parmesan ‘shavings’, preserved figs and fresh rocket. A big thumbs up for the preserved fig and Parma ham combination, though. Bella Casa wins Project Pizza’s award for the thinnest base. 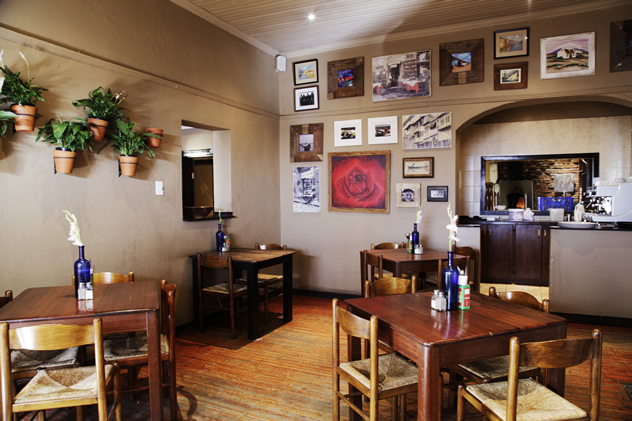 The table was booked for Saturday night at Kerdoni’s in Bayswater; this time the whole family was included for an early dinner, followed by movie night at home. We arrived early, so we could sit inside where the wood fire from the pizza oven creates a really cosy atmosphere. (On dry summer nights it is lovely to sit outside, street-café style.) We like Kerdoni’s creative combinations such as the all-time favourite Bertie consisting of fillet steak, bacon, mushroom, feta, peppadew and garlic. The Kerdoni special with salami, olive, onion and mushroom is also recommended, as are the safe options like regina and margarita. They do use a lot of chutney on the base and cheese on the top, but if that’s what you like, you’ve got a friend in Kerdoni’s. Do ask for a thin base if you prefer that. 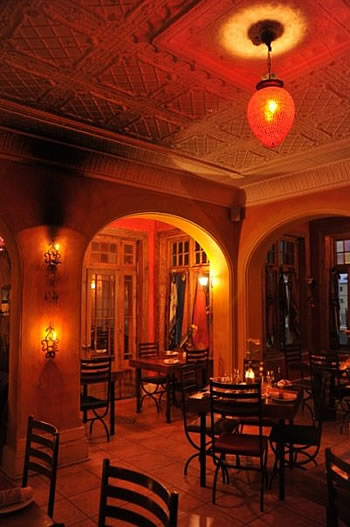 Seven on Kellner. Photo courtesy of the restaurant.

By Monday, the memory of pizza seemed distant, so we set out to Rinaldo’s Pizzeria in Langenhoven Park. It turned out to be take-away only, which would have been disappointing if it wasn’t a quiet Monday night. It was in that small space with pizza quotes written all over the walls that we found the South African pizza we’d been looking for. Without hesitation we ordered the biltong pizza. It’s a winner for kids as there’s no funny business here – just biltong and cheese. The grown-ups were upgraded to the pizza with with biltong, cream cheese, feta, peppadews and avocado. Yum! Rinaldo’s also does pizza bites, and is not stingy with garlic or friendly smiles by staff members. They win the Project Pizza award for the most OTT South African-style pizza.

Wednesday, table for three at 7 on Kellner, and nine thin-crust pizzas on the menu. We bravely decided to let the waiter pick a pizza for each one of us. Pizza #1 was topped with spicy chicken tikka, pineapple and onion. It might be number one on the menu, but it did not get the first prize. Pizza #4 with ham, mushroom, salami, olives and asparagus was really tasty and filling. (We recommend it, but bet that you won’t be able to finish it.) Pizza #9 with Parma ham, dressed rocket, sundried tomato and pecorino cheese was the best of the evening, due to its not-too-overwhelming flavours and lovely appearance (which does matter when it comes to pizza, we found).