Industry Insider: How loadshedding is affecting restaurants – and how some are surviving against the odds 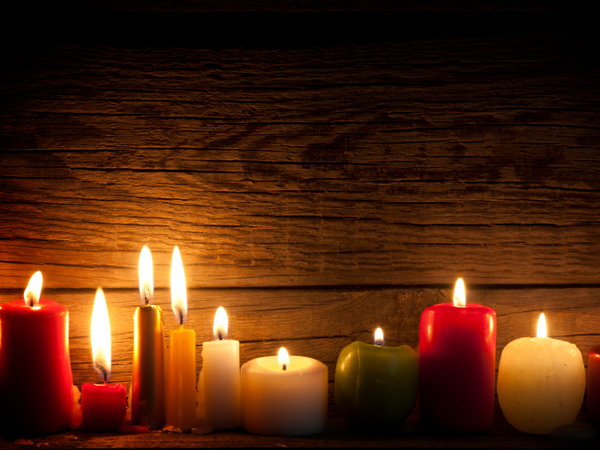 Driving down Sea Point Main Road at night, it’s hard to pick out the landmarks. Bus lights gleam off the metallic sides of the Atlantic Express train restaurant, a determined jogger illuminates a small pool of pavement with his headlamp, and aside from the occasional glowing supermarket, the only other light on the pitch-black streets comes from restaurants. Some points of lights are accompanied by the rumble of a generator, and others by a warm, candlelit glow. Most doorways are dark, with the restaurants being closed completely during the blackout. 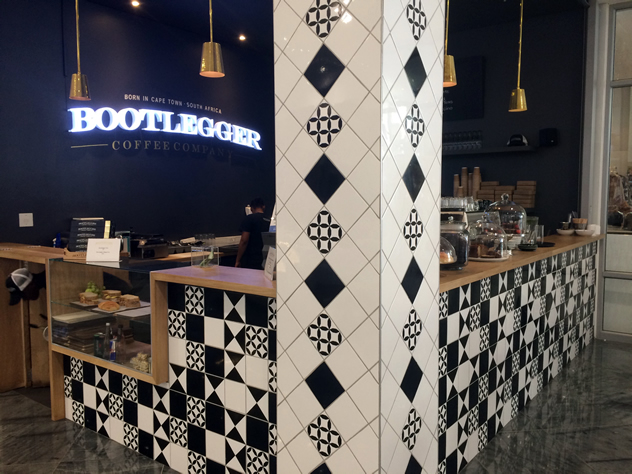 Right now the restaurant industry is being hit by loadshedding in a very direct way. So what are restaurateurs doing to cope with the challenges?

Ricky Ruthenberg, operations manager of the Bootlegger group, is busy figuring things out as we speak: he’s just bought a massive new generator for the Sea Point store. “They cause a bit of trouble when you first set them up, but once it’s up and running, it should be business as usual.”

While the branch initially had a small 3KVA generator, which ran the music, point-of-sale system, lights and internet, the coffee shop wasn’t able to run their cappuccino machine – a big deal. “We were having loadshedding from 6am to 8am, which is our busiest time. Normally we’d sell up to 300 cups of coffee in that time.” Lost revenue is not the only issue: when the whole area is down, says Ricky, there are also just less feet on the street. “People assume everything will be closed, so they get ready and go straight to work.”

Even with the new generator, Ricky will not be able to run the actual roaster, which can only operate when it’s on the grid. “If the cuts are from 6pm to 8pm, our roaster can only start working at 9pm,” explains Ricky.

Staff at the Woodstock Brewery have the same problem: they’ve had to start timing their brewing between powercuts – if a cut came at a crucial time in the process, the whole batch would be wasted. 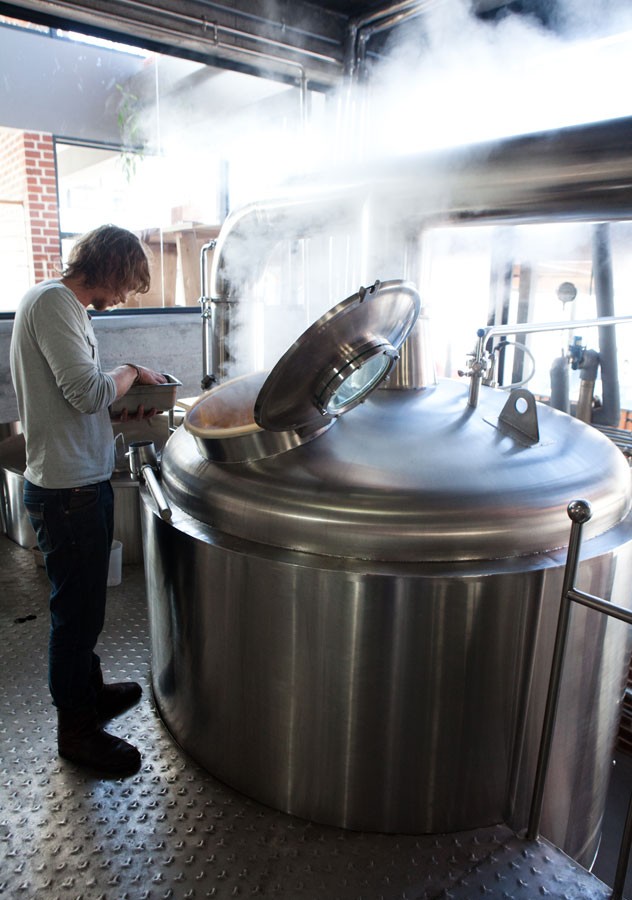 Head brewer Dewald Goosen squeezes in a brew between loadshedding at the new Woodstock Brewery, beneath The Local Grill.

Generator maintenance can also pose problems. Marthinus Ferreira of Top 10 restaurant DW Eleven-13 in Joburg has the benefit of a generator, thanks to the centre in which they’re located. However, when scheduled loadshedding began again this year, the generator had not been serviced properly, and it took a couple of days to get everything up and running. Now it’s back to business as usual. 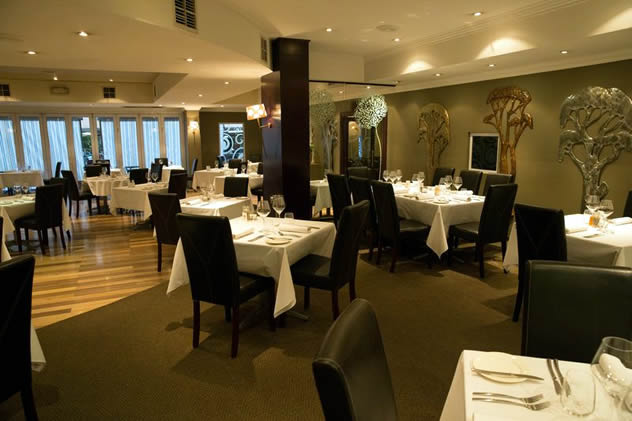 Cape Town bar, theatre and restaurant Alexander Bar took a different approach. They’ve invested in two 600VA long-run UPSs with inverters, costing about R6k each. “They’re pretty cool and they kick in automatically without any interruption,” says co-owner and software engineer, Edward van Kuik. They provide enough power to run the music downstairs, all the point-of-sale terminals, wifi, LED stage lighting and servers (which are needed for the point-of-sale terminals). They aren’t, however, able to power anything in the kitchen, so there is a separate load shedding menu, which is basically just cold sandwiches. 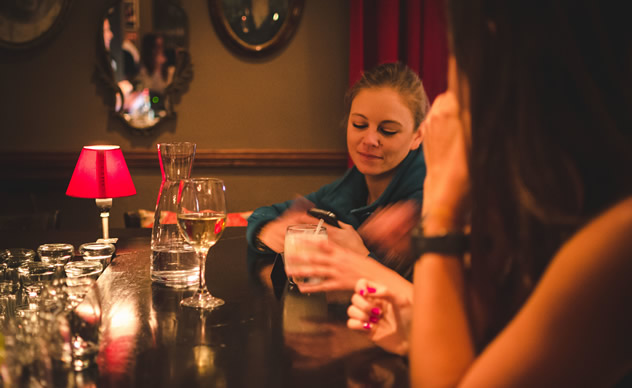 “Generators are noisy, messy, smelly. Also, you have to go and start them up, thereby still interrupting the flow,” explains Edward. “But a generator would help with the more heavy lifting like the high-power stage lighting, coffee machine (which uses almost as much power as the Hadron Collider), and dishwasher (see: Hadron Collider).”

That said, Alexander Bar has thus far been exempt from loadshedding due to its location in the City Bowl. “I took a UPS to my mom’s house so that she can watch the Dutch channel during load shedding. This makes her happy,” says Edward.

Of course, investing in a generator or UPS is a gamble in itself, a case of weighing up the initial outlay against an unknown quantity of future loadshedding. As Paul Ballen of Paul’s Homemade Ice Cream, who’s based in Johannesburg, says, “When we first heard about loadshedding, I was having nightmares and sleepless nights thinking all the ice cream would melt in the fridges.” (A horrifying thought, we concede.) Paul has invested in a fairly large generator, which is quite a bit financial outlay, but hasn’t needed to switch it on yet. This may change, however, as the current production and supply-only business will go retail and open its first store at the end of May at the 27 Boxes development in Melville.

Loadshedding influences a restaurant in countless other ways. While bigger suppliers have their own generators, some are struggling to process orders as their computer systems go down, and suppliers may deliver orders late. Laundromats are being badly affected, as they need a lot of electricity to run their washers, which has a knock-on effect for restaurants – especially fine dining establishments like Marthinus’s, which pride themselves on spotless tablecloths and silver service. Staff, too, are often delayed in getting to work, or are unable to wash and dry their own uniforms. “If you can’t get your produce, and your staff are all struggling, even if you’ve got a great restaurant, you’re going to struggle,” says Marthinus. “It’s going to be one of the toughest years yet, for restaurants.”

At another Top 10 restaurant, The Tasting Room in Franschhoek, chef Margot Janse says she has not been too badly affected, and is fortunate to have a generator that powers both restaurants at the Le Quartier Français hotel. 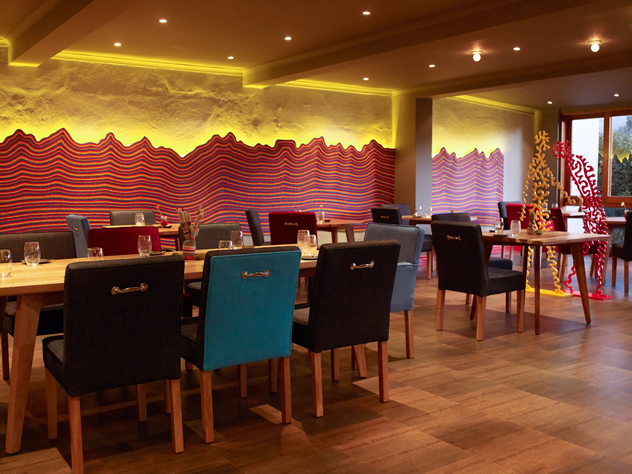 The Tasting Room at Le Quartier Francais. Photo courtesy of the restaurant.

“It is, however, a challenge. I won’t pretend it is not – but either you make it work or you let it get the better of you. And the attitude you choose will pretty much determine the future of this country. So I bought a large braai for the backyard of my kitchen yesterday.”

Did you find this article useful? Sign up to Industry Insider, our monthly newsletters covering restaurant industry news and trends, along with updates on upcoming stories on the Eat Out site. Email info@eatout.co.za to subscribe.