Cape Town’s much-loved Jerry’s Burger Bar has taken its juicy burgers to the shores of Table Bay, opening a third branch at the Portico building in Blouberg. 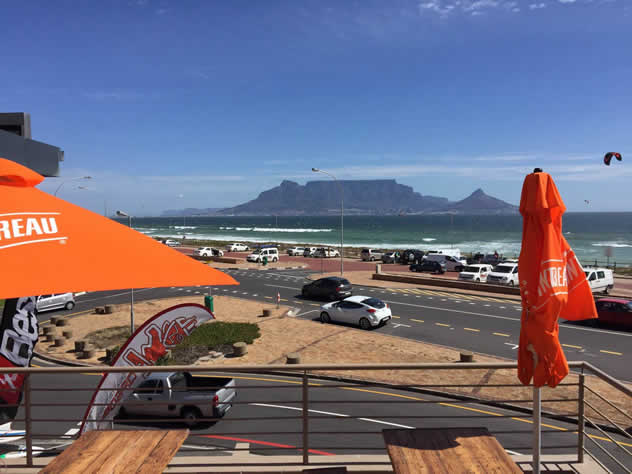 A view of Table Mountain outside at Jerry’s Burger Bar in Blouberg. Photo courtesy of the restaurant.

Those who are already familiar with the burgers at Jerry’s in Observatory and Gardens will know that they’re all about the flavour. The good news for Blaauwberg Coast residents is that the newest branch, which opened on 29 October, will boast the same popular menu. 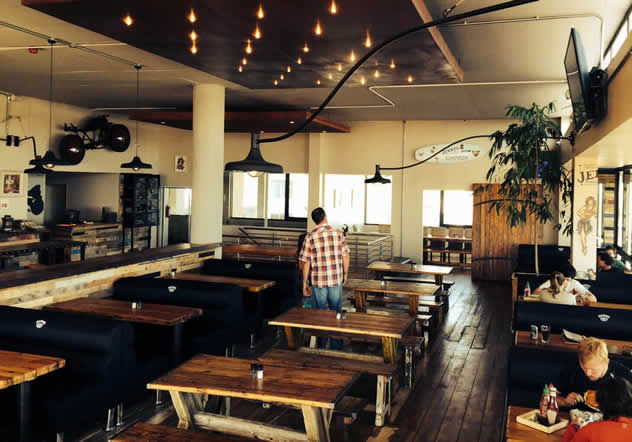 The interior at Jerry’s Burger Bar in Blouberg. Photo courtesy of the restaurant.

Explains owner Gavin Hagger: “With Jerry’s I really went back to the basics – to what makes a great foundation of a burger – and then had fun with toppings.”

Every burger boasts a 100% pure beef patty and a brioche bun. Jerry’s burgers have become extremely popular on Cape Town’s foodie scene, with stuffed patties like the Gluttony, which is filled with chorizo and cheddar, and topped with mushrooms and crumbled feta. Fans also opt for favourites like the Sweet Baby Cheeses with slices of cheddar and Swiss cheese, and the FAB burger with bacon, avo and feta. 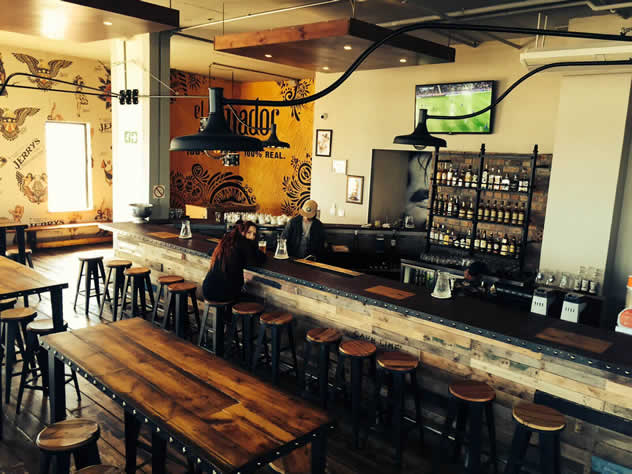 A view of the bar at Jerry’s Burger Bar in Blouberg. Photo courtesy of the restaurant.

The new Blouberg branch will also feature a kiddies’ entertainment area, a boardroom facility and an outside deck with an iconic view of Table Mountain.

Jerry’s will also be opening a branch in Tyger Valley at the Willowbridge Centre in December. Stay tuned to Eat Out for more details. 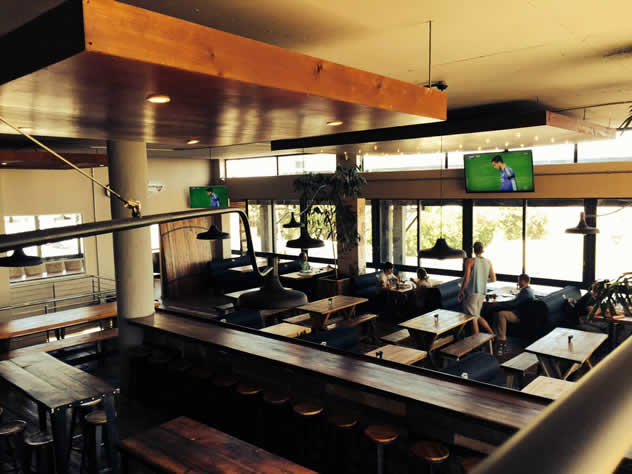 A view of the dining area at Jerry’s Burger Bar in Blouberg. Photo courtesy of the restaurant.