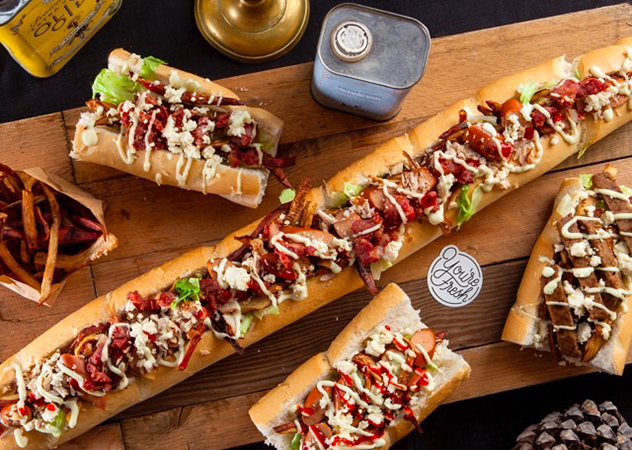 The Hero gourmet gatsby made by The Gatsby Station. Photo supplied.

The gatsby may have been invented in Cape Town, and, as a result, the Mother City may have its fair pick of the best versions of this legendary street food, but Johannesburg’s newest food truck, The Gatsby Station, is bringing something new to the table up north: a gourmet take.

The gatbsy is, essentially, a long sandwich filled with various ingredients, most typically with hot chips as a base. While the team behind The Gatsby Station wants to honour the classic, they also wanted to create a mouth-watering but healthy take on the traditional fare. 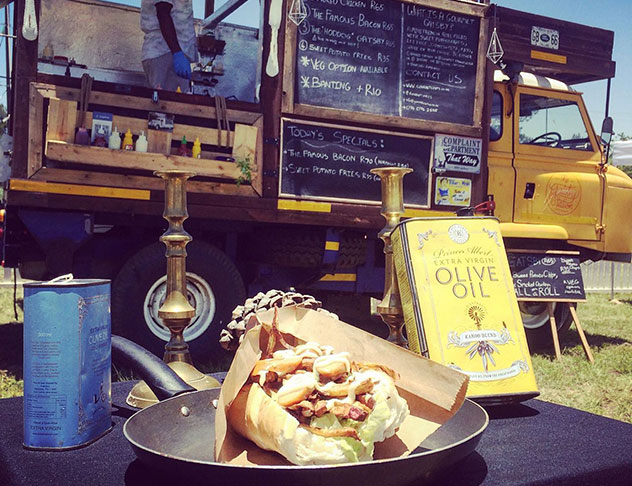 Jimmy the Truck is where all the magic happens. Photo supplied.

While the word “healthy” in relation to a gatsby may raise eyebrows for all the wrong reasons, consider this: The Gatsby Station caters for banters, vegetarians, vegans and those breakfast lovers who feel left out. That means instead of the customary French loaf, banters will receive a banting roll filled with delicious sweet-potato fries and their choice of toppings; vegetarians get a vegan patty atop theirs; and breakfast lovers have a choice between the breakfast gatsby (with scrambled eggs and bacon bits) or French toast (French loaf slices dipped into egg then covered with cinnamon sugar, bacon or chocolate sauce). 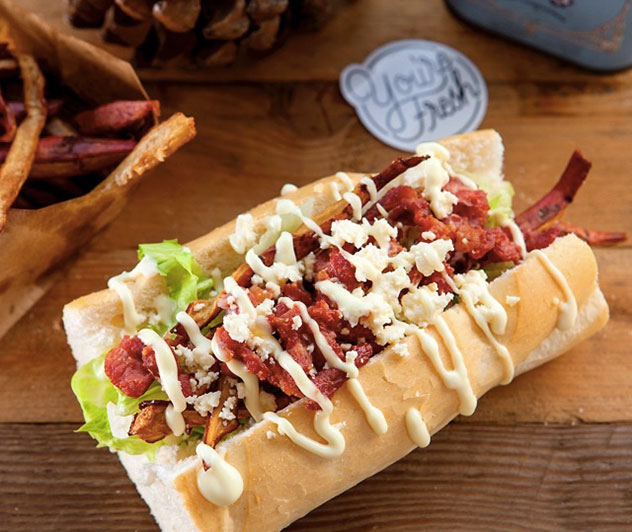 The epic bacon gatsby by The Gatsby Station. Photo supplied.

Regular fillings include smoked chicken, slices of bratwurst and slices of Texan steak – all paired with lettuce, sweet-potato fries, Danish feta and mayonnaise (unless you opt for the vegan option). And in the unlikely possibility that you’re still left hungry, you can take advantage of one of the sides, like cheesy loaded fries or Malay coleslaw. Then go on over to the Coffee Station to treat yourself to a cappuccino as you feel smug about how many calories you just saved.

All the ingredients are sourced locally and the kitchen operates out of South Africa’s first 1965 Land Rover forward-control food truck. The Gatsby Station will soon have a permanent spot in Rosebank for weekdays and can be found at various markets, festivals and the like on the weekends. It operates Monday to Saturday between 8am and 7pm. Find out more on Facebook, www.facebook.com/thegatsbystation, and on the website, gourmetcarts.co.za.