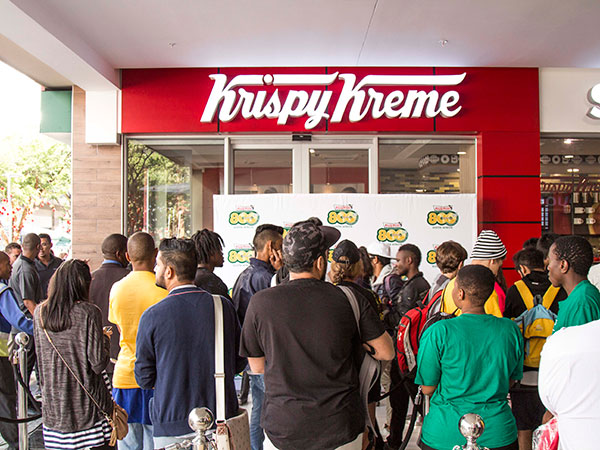 The international doughnut chain, Krispy Kreme, opened its first South African store in Johannesburg this morning at 7am, but many people queued overnight, following an announcement by the chain on Facebook that they’d be giving away dozens of free doughnuts to the first fans in line.

Social media was full of doughnut lovers sharing their queuing experience with the hashtag #KrispyKremeCampOut. (And others, questioning their sanity)

Hardened doughnut fans tried to catch a nap in camping chairs outside the Rosebank store, which is the chain’s 800th globally.

Why am I doing this 4am, camp out? For the love of doughnuts #krispykremerosebank #KrispyKremeCampout pic.twitter.com/rpiNiB7658

Fearless Eat Out critic Rupesh Kassen was there at 7am to witness the ribbon cutting and also managed to get an advance taste of the doughnuts. Here is his report-back from the field. 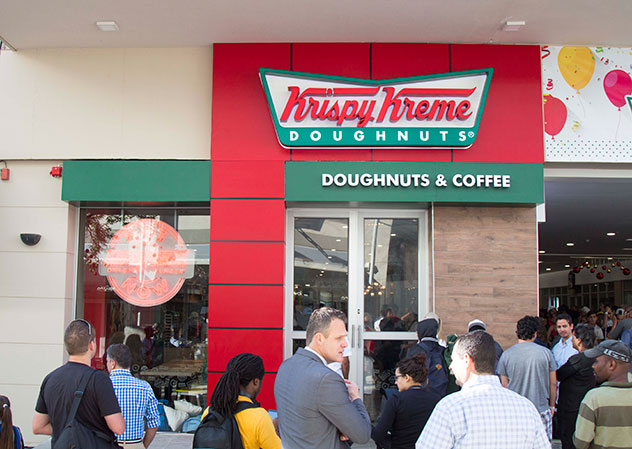 Fans wait outside the entrance. Photo by Rupesh Kassen.

For those eager to try this pillow of happiness you may have to contend with a few other ‘die hard fans’. But fear not, the queues are worth the wait.

Krispy Kreme offers a range of yeast raised doughnuts, served with a delicate layer of glaze, or smothered in heavenly toppings like cookies and cream, red velvet, cinnamon apple, peanut butter with chocolate or my favourite, New York cheesecake. There are 16 different doughnuts in all, plus creamy chillers and coffees to wash it all down. 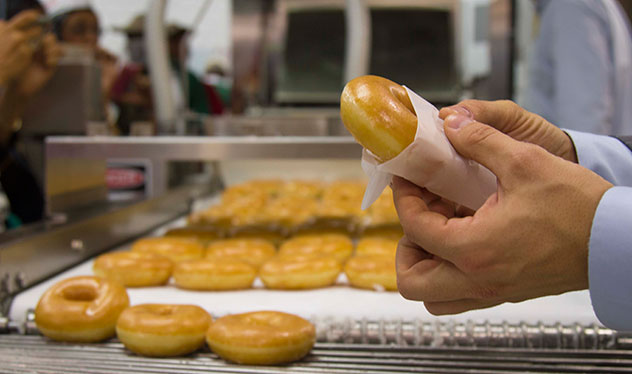 The Rosebank store is one of their production outlets and will distribute to smaller kiosks in the surrounding areas. The impressive doughnut machine is displayed proudly through a large glass window, making it a bit like being in Charlie’s doughnut factory. You can watch as the doughnuts are proved, then fried until golden, before being covered in original glaze. 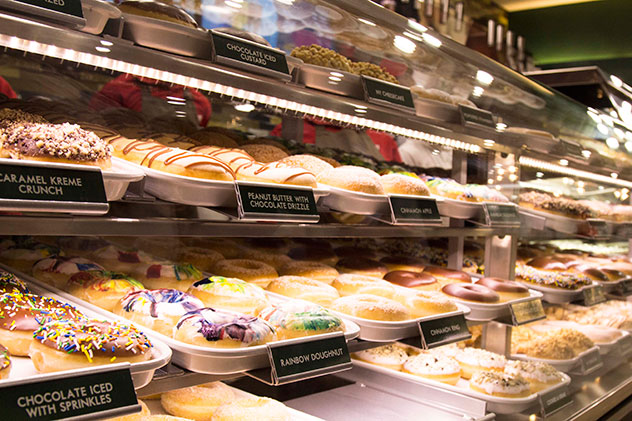 The counter with doughnuts on display. Photo by Rupesh Kassen.

We were lucky enough to be given a pre-opening tour and were invited to eat the hot glazed doughnuts warm off the conveyer belt. Needless to say, one was not enough of this ‘holy’ creation as the sugary cloud transported me to doughnut heaven. 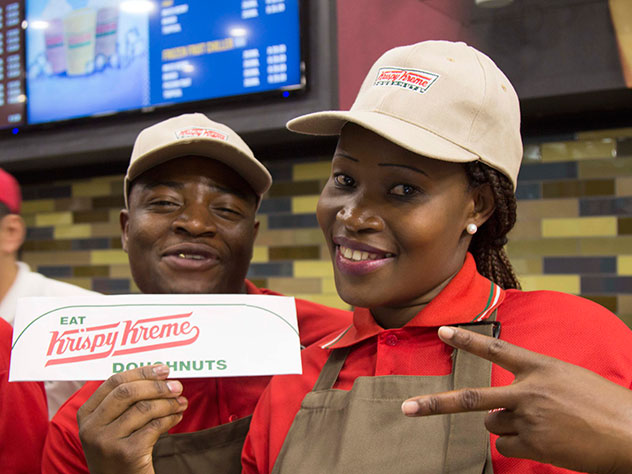 The doughnuts are reasonably priced; the original glaze doughnut will set you back R8.95 each, while the other flavours cost R10.95 each. But who eats one doughnut? Opt for a dozen original glazed for R99.95 or the assorted double dozen for R189.95.

This is one place that serves true to its slogan: ‘We all crave experiences that bring more joy to our lives.’ 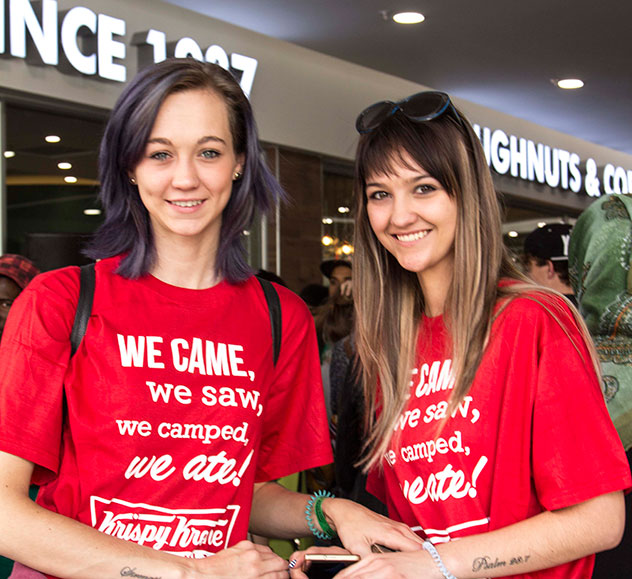 Got the T-shirt! Photo by Rupesh Kassen.