Doyenne of luxury hospitality Liz McGrath was announced as the winner of the 2015 Lannice Snyman Lifetime Achievement Award (in association with Novus Holdings) at the Eat Out Mercedes-Benz Restaurant Awards on Sunday 15 November 2015..

Liz McGrath, who passed away in January 2015, was a remarkable woman. As owner and curator of the Liz McGrath Collection, her legacy includes no less than three stellar hotels: The Plettenberg in Plettenberg Bay, The Marine in Hermanus and The Cellars-Hohenort in Cape Town. All three became members of the prestigious Relais & Châteaux group. 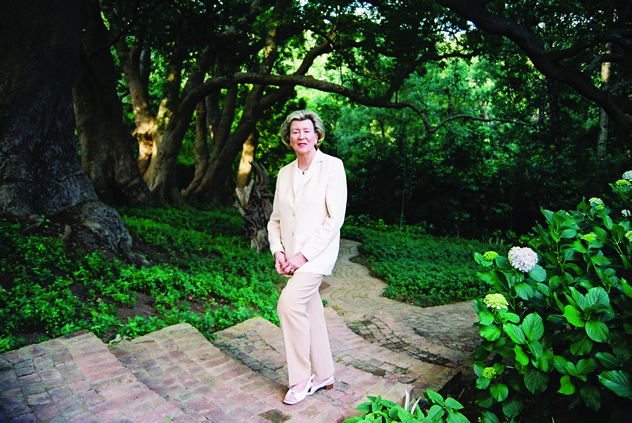 Her contribution to the local hospitality industry has been monumental, especially once you consider the various excellent restaurants attached to her hotels, Seafood at The Plettenberg, The Pavilion at The Marine, and the much-lauded Greenhouse at Cellars-Hohenort (number four the 2015 Top 10), presided over by award-winning chef Peter Tempelhoff. Known for her love of food, décor and gardening, Mrs M, as she was affectionately known, is an immensely deserving recipient of the Lannice Snyman Lifetime Achievement Award in association with Novus Holdings, says chief judge Abigail Donnelly. “She was an inspiration. She followed her dreams and was full of elegance, charm and generosity.”

Stephen van der Walt, CEO of Novus Holdings, said, “As award sponsor, Novus Holdings would like to congratulate the family of Liz McGrath on her being honoured with this year’s Lannice Snyman Lifetime Achievement Award. Not only was Liz a mentor to many for her business skills and knowledge, but she was also beloved for her warm personality. Liz inspired countless people in her numerous establishments and her legacy will be felt in the hospitality industry for years to come.”

Peter Tempelhoff said at the awards ceremony after the announcement of Mrs M’s win: “We miss her a lot and she would have been so honoured to receive this award. She really does deserve it.”

See all the winners of the 2015 Eat Out Mercedes-Benz Restaurant Awards here.