A magnificent mentor: The 2017 winner of the Lannice Snyman Lifetime Achievement Award 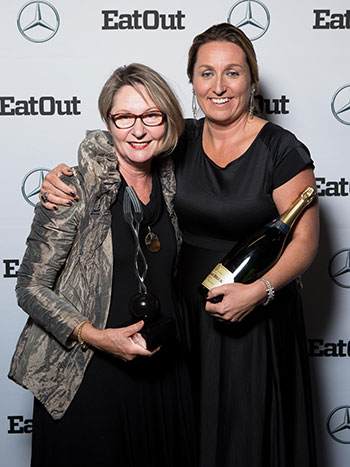 As founder of one of SA’s most prestigious cooking schools, the Institute of Culinary Arts (ICA) in Stellenbosch, Letitia Prinsloo has inspired and moulded countless noteworthy chefs, including six nominees at this year’s awards, among them Peter Tempelhoff of Greenhouse, Michael Cooke of Camphors, Kobus van der Merwe of Wolfgat, John van Zyl of Thali, Lukas Carstens of Makaron and Marthinus Ferreira of DW Eleven-13. ICA’s students follow the lead of their founder, who serves as their touchstone for excellence. 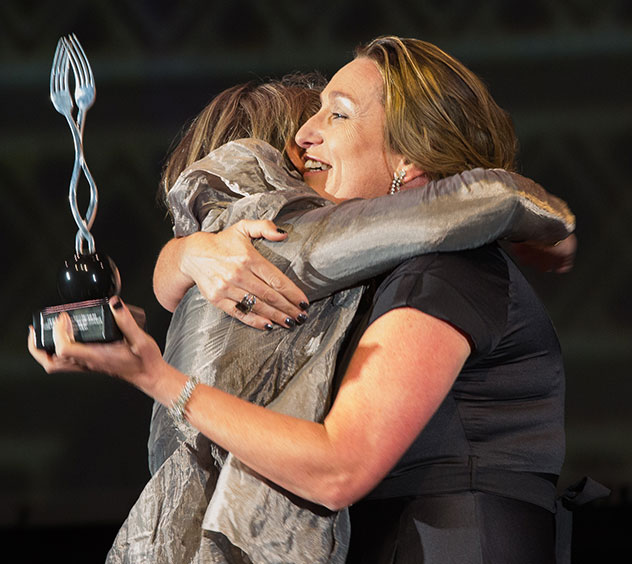 Letitia receiving her award on stage at the Eat Out Mercedes-Benz Restaurant Awards. Photo by Shavan Rahim.

“Letitia has taught and mentored generations of our finest South African chefs,” says head judge Abigail Donnelly. “She sets incredibly high standards, and her life-long dedication and positive commitment to improve cooking standards make her a very deserving winner of this award.”