The Local Grill comes to the Winelands

Ever since they won our Best Steakhouse Award back in 2011, we’ve been fans of The Local Grill and their juicy offerings. We were pleased to see them grow: In addition to the two Gauteng branches in Parktown North and Boksburg, there’s also one in Cape Town’s Woodstock – and a beautiful new Cape Winelands branch opened on 6 October.

So how did a ‘local’ steakhouse with Jozi roots make its way onto a Cape wine farm? Well, Val du Charron’s owners, Stuart and Catherine Entwistle, are former Joburgers. Catherine, a former business executive and a qualified winemaker, has known restaurateur Steven Maresch, the brains behind The Local Grill, for close on 20 years. So the project was borne from the bonds of friendship. 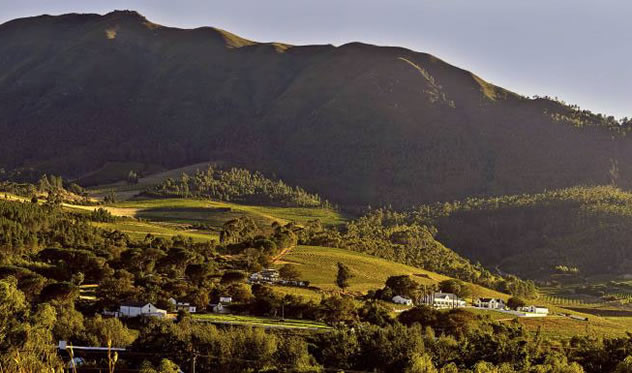 The gorgeous scenery on the estate. Photo courtesy of the restaurant.

The result has plenty appeal. Situated in a glass-fronted “room with a view” on the Val du Charron Wine & Olive Estate, Guesthouse and Spa – a working farm near Wellington, about an hour out of the city – the restaurant boasts stunning vistas of the vineyards and Hawekwa Mountains.

Food wise, diners can expect the same quality ‘field to fork’ ingredients and menu offerings as at the other branches, such as the various cuts of great steak (from grain-fed or free-range beef), slow-braised oxtail, prawns and grilled calamari – but “with one or two Cape twists”, says Catherine. Think hearty bobotie for mains, and malva pudding or milk tart for dessert.

A steak from The Local Grill. Photo courtesy of the restaurant.

Of course, you’ll have plenty of wines to choose from, including those from the Wellington region as well as Val du Charron’s new vintage white wines – the Chardonnay 2015, Pinot Gris 2015 and Four White Legs 2015, named after a local legend. As an introductory special, they’re offering diners a celebratory bottle of one of the Val du Charron wines.

Fancy a Sunday lunch out of town a wine-tasting in the area? You could also make a romantic weekend of it and overnight at Val du Charron’s four-star guesthouse or five-star coach house.