Internationally acclaimed chef Joe Barza is heading to SA to host a series of dinners alongside chef David Higgs at Marble, Higgs’s live-fire restaurant in Joburg. 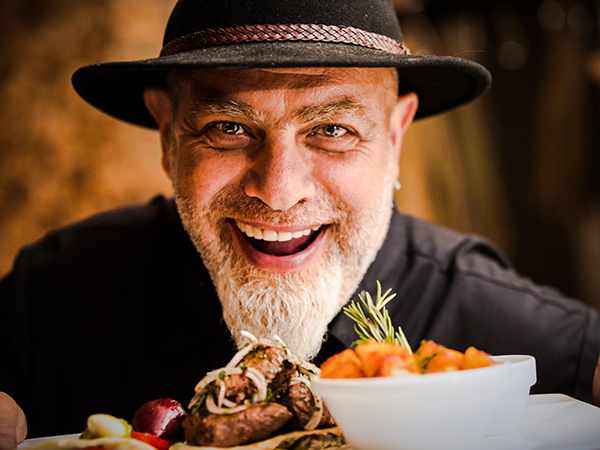 Barza is world-renowned for his championing of Lebanese cuisine and has had over 30 years of experience in the industry, including hosting the Middle East version of Top Chef. Working together with Higgs, he will take over the kitchen during his visit and run three dinner services (on 28, 29 and 30 May). His culinary philosophy of sharing the message of Lebanese cooking with the world will no doubt mean that those in attendance can expect a gastronomic journey through both traditional and modern expressions of Middle Eastern fare.

Higgs and Barza met in 2011 when both were invited to be guest chefs at the annual Les Étoiles de Mougins festival and have been friends ever since. Speaking of the collaboration, David says, “Marble is incredibly proud to be hosting a chef of Joe’s calibre and international standing… (his) visit gives us the chance to offer our local customers something new, but it also gives our Marble team an opportunity to learn from one of the top chefs in the world.”

Guests will indulge in a three-course set menu dinner, with the starter comprising a selection of Middle Eastern tapas. The dinner costs R750 per person and booking is essential. To book your spot, call Marble on 010 594 5550. Space is limited.