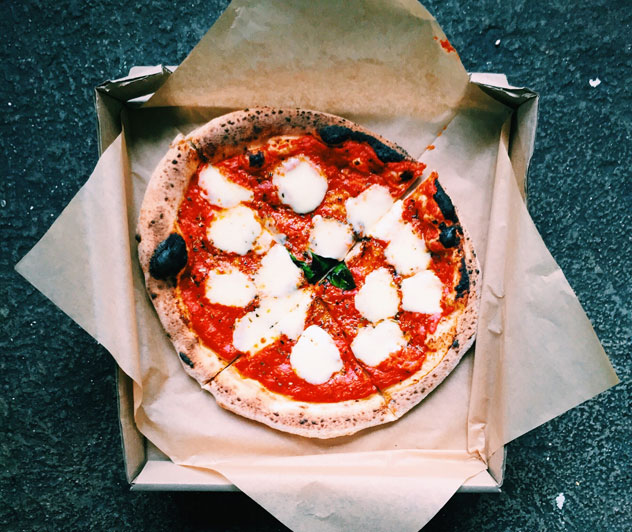 A glorious pizza from Pilgrim’s Pizza. Photo courtesy of The Joburg Foodie.

21-year-old Jeffrey Zaki, currently in his final year of a Food and Beverage Management course at The International Hotel School, is taking Johannesburg by storm with his pop-up pizza business, Pionieri Pizzeria.

The pop-up kitchen with its portable oven produces only the traditional Neapolitan pizza that Jeffrey and his business partner and cousin, David Nassif, have now perfected. After selling out on their first day at Rosebank Sunday Market in October 2015, the duo soon realised they were on to a good thing. Pionieri Pizzeria is now appearing at The Neighbourgoods Market and Melville Night Market, and is offering catering for parties. 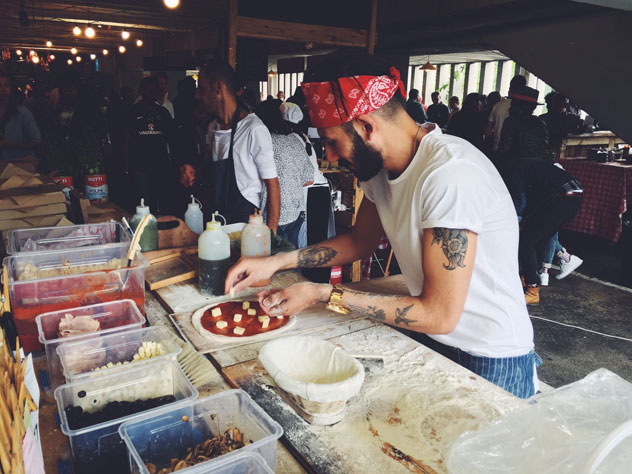 The pizzas are made using Jeffrey’s secret recipe, and dough is left to rest and ferment in the fridge (a method known as the “leopard effect”) for maximum flavour. The bases are then hand-stretched and spun, and topped with fresh, seasonal ingredients before being baked to cheesy perfection in the mobile gas oven.

Pilgrim’s menu options include the simple Mrs Margherita; the Spaniard, with salami, mushroom and rocket; the Plain Jane pizza bianca, with feta, onion marmalade and olives; and the Honolulu, with sweet pineapple. They also whip up a mean Robert de Niro calzone with salami, olives and feta. 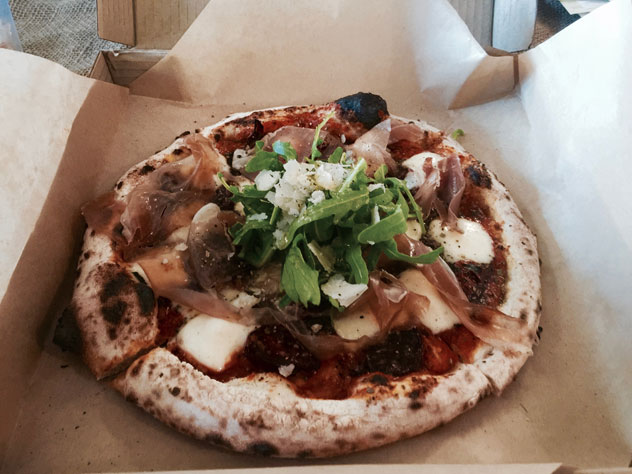 With a father like Teddy Zaki (runner-up of The Great South Africa Bake Off), Jeffrey’s venture into food was not unexpected. Jeffrey explains, “Everything I know about food is because of my father; he adds fuel to the fire that is my passion for this industry.”

Pionieri Pizzeria was created after Jeffrey did a stint under Stephen Michael and Charles Nel (former operators of tashas in Melrose Arch) at their newly opened Knead bakery franchise in Michelangelo Towers. Being the type of person that seeks adventure, Jeffrey soon felt the need to grow his aspirations even further: “I felt my time had come to use the knowledge that I gained during my studies and to apply it to something greater that I could call my own.” And so Jozi’s newest pop-up pizzeria was born. 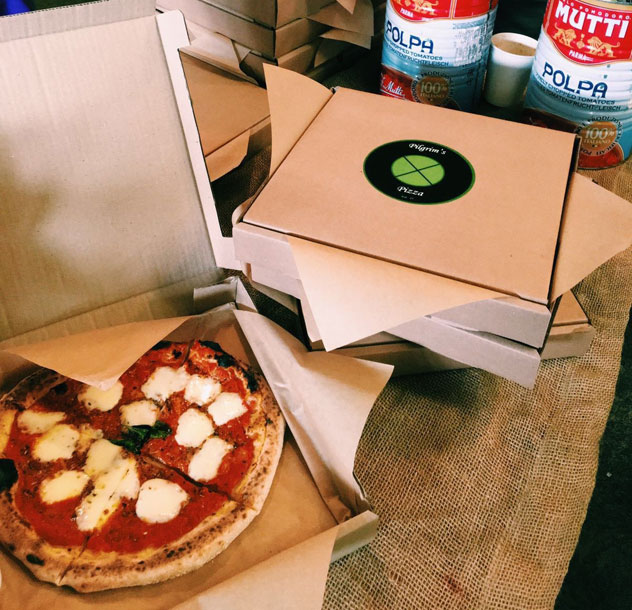 Grab your slice at The Neighbourgoods Market or The Melville Night Market. Photo courtesy of Pilgrim’s Pizza.

When asked what’s next for Pionieri‘s, Jeffrey reveals, “My goal is to pop up at even more markets this year and eventually open a full-scale Pilgrim’s Pizza restaurant, once I’ve completed my studies. I really want us to be considered as having the best pizza in Johannesburg.”

Hankering for a slice? You can find Pionieri Pizzeria at the Melville Night Market at 27Boxes every Wednesday and The Neighbourgoods Market in Braamfontein every Saturday and on First Thursdays.