Finally, the food emoji you’ve been waiting for since 2013

Yesterday marked the rollout of a series of 157 new Unicode* emojis, seven of which are of particular interest to us at Eat Out.

150+ new emojis were just approved and will come to phones in the second half of 2018. Redheads, curly hair, a bagel, softball, skateboard, kangaroo, lobster and more Link in bio for full list #emoji #emojis #emoji11 #unicode11 #emojipedia

It appears that some pretty specific needs and desires are covered by the new characters – the gingers have finally arrived, although sans freckles, much to this author’s dismay – and the millions of us who have been desperate for a microbe emoji can express our precise feelings in pictorial format at last. 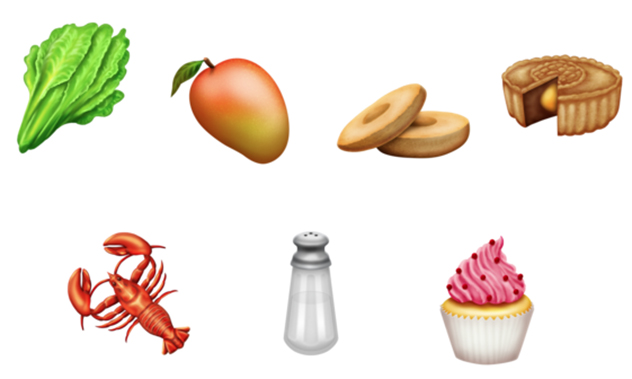 As for the foodie emojis, there are some leafy greens (gem lettuce?) and a mango for the vegans among us. For the carb-lovers, a bagel (no schmear, though) and a mooncake, which is a Chinese delicacy filled with lotus or bean paste. For those living large (and not bordered by oceans where these crustaceans are red-listed, like SA), there are lobsters, and a diner-style salt shaker for the old-school.

Finally, 2013 called to say thank you for the cupcake. (Although SA was still riding the wave as late as 2016, with treats such as the unicorn poo cupcake.) Naturally, we’re most intrigued by this iced addition. The cupcake appears to be pale gold with pink icing and red sprinkles. Let’s take a moment to imagine the flavours… White tea chiffon cake topped with raspberry cream and rosehips? A riff on red velvet? Classic vanilla with hibiscus and rose? An eggy cupcake with salmon mousse and bacon crumbs? Perhaps most appealing is just plain old pink flavour, more commonly touted as strawberry. (But we know it’s what pink tastes like.)

When will these emojis be available on your device? It depends on when your operating system has a software update. Supporting new emojis is apparently a complicated process that involves fonts, keyboards and formats, so you may have to hold out for a few months.

In the meantime, we prescribe getting a real-life cupcake and eating your feelings.

*Unicode is the foundation language for all software on mobile phones and computers.