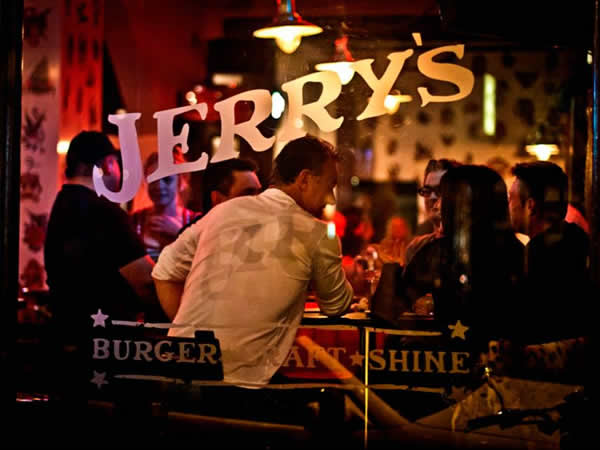 Lower Main Road in Obs is becoming quite the hub for what we like to call ‘drunk food’. There’s Pancho’s for gratuitously cheesy Mexican fare and Sticky Fingers just around the corner for ribs and chilli poppers of impressive proportions. When Jerry’s opened up in June, it offered Obs locals a gourmet burger option too. Katharine Jacobs tells us why people from other suburbs should make the pilgrimage too.

These burgers mean business. Patties are 100% beef; no egg, spices or bread crumbs are used. They’re served up on homemade brioche burger buns with fresh sauces – even the chipotle mayo and mustard mayo are made from scratch.

The B.A.F (bacon, avo and feta), Jack D (which comes with sticky Jack Daniel’s basting sauce, caramelised onions and crispy bacon) and the Frenchy (with blue cheese, mushrooms and red wine, mustard and onion relish) are popular options. Alternatively, you could opt for one of the stuffed burgers. Dubbed the Seven Deadly Sins, this range has patties filled with all manner of devilish things. Envy, for example, is crammed with pecans and blue cheese and topped with caramelised apple and bacon – a triumph of decadence with a balance of sweet and salty flavours – while Greed is stuffed with chorizo, cheddar and tomato, and topped with bacon and egg for good measure. All in all, it’s a little overwhelming. 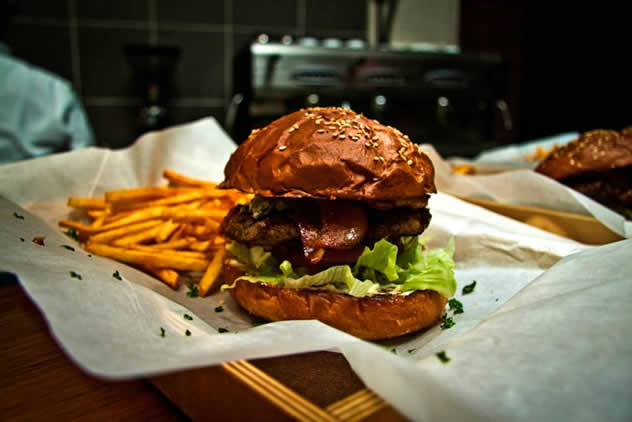 In the event that you have a second stomach entirely for dessert, you could try a Lindt brownie, warm apple pie or caramel corn sundae. You’re on your own here, though: even us trained professionals didn’t have enough room for dessert. (In our defence, we did sample the fried cheese squares as a starter, which are about as awe-inspiring as they sound.)

Beer drinkers are spoilt for choice with 11 beers on tap, including CBC, Devil’s Peak, Lakeside and Jack Black. There are also some thick shakes, which can be ordered with a shot of alcohol. 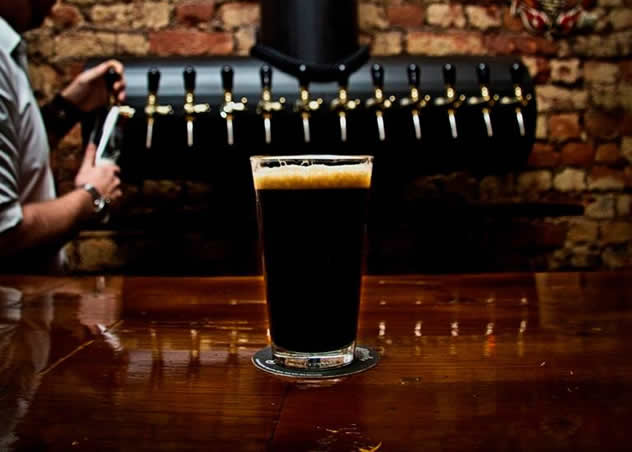 Jerry’s is a hip, cosy hangout with plenty of exposed brick and wood. The restaurant pays tribute to Norman Collins (AKA Sailor Jerry), the founder of modern-day tattooing, and several walls are festooned with his classic swallows, monkeys and anchor patterns. The atmosphere is warm and welcoming – this could very well become your new local.

Service is informal and can be a little sluggish at busy times, but serving staff are very friendly and will go out of their way to fix a problem. 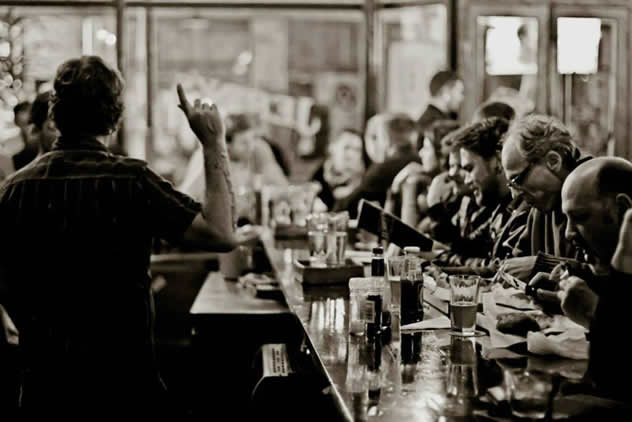 There’s a weekly pub quiz on Monday nights from 8pm, and beer and burger pairing evenings on Tuesdays. Booking is recommended.

Have you been to Jerry’s Burger Bar? Let us know what you thought by writing a review.