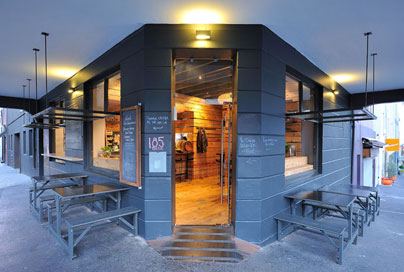 Online editor Katharine Jacobs confesses that in the last week she also ate some not-so-great sushi on Sea Point main road, some decent ribs at The Brass Bell, and most of a bar of Cadbury’s coconut and cashew milk chocolate (which is excellent, by the way), but here, in the spirit of sharing, are her five most triumphant discoveries of the week.

After enduring too many mediocre cold, clammy wraps, I had all but lost faith in the genre, but this guy is a triumph. The wrap itself is floury and almost roti-like, with oodles more gumption and flavour than the gluey chain-takeaway variety. Inside, there’s a solid seam of juicy pork belly, surrounded by pink, tangy kimchi, fresh coriander leaves, spicy sriracha, creamy mayo and elegantly sliced matchsticks of carrot to add crunch. As wraps go, it’s definitely an overachiever. 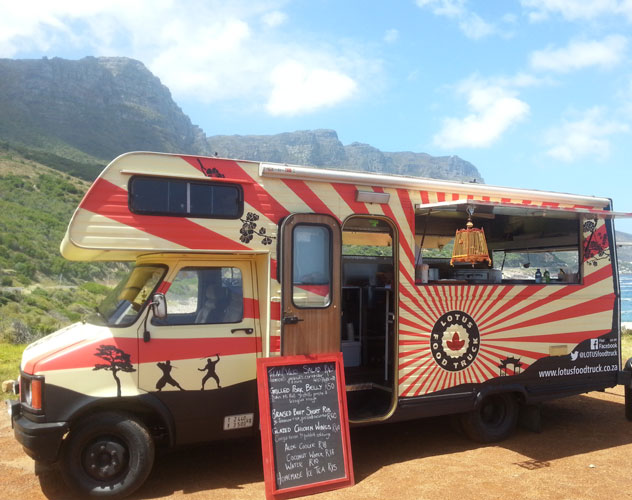 Follow the Lotus Food Truck on Twitter to find their whereabouts. I encountered them on Saturday morning at the Salt River Circle, which is also worth a mention. Directly opposite the Biscuit Mill, this new development boasts a sunny little courtyard where several food trucks corral themselves on a Saturday morning. It’s a mite calmer than the ruckus across the road, it’s also worth a visit if you’re a beer fundi. Beer Guevara – just beyond the courtyard – stocks home-brewing kits and all the bits and bobs needed to create your very own craft brew. They’ve also just opened up a mini bar selling draughts of (absurdly cheap) craft beer. 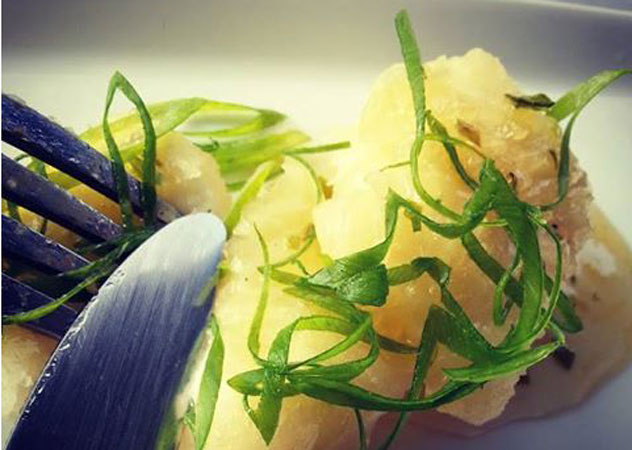 The deep-fried milk with green chilli caramel at Cheyne’s

2. Most of the menu at Cheyne’s in Hout Bay

I must confess to suffering from a slight tapas obsession at the moment, so I was delighted to get a Friday night table at Cheyne’s in Hout Bay at short notice. Influenced by Cheyne Morrisby’s time working on the Pacific Rim, the dishes offer some unusual textures, flavours and mixes of ingredients. There is a juicy pork belly, deep-fried milk, spicy calamari, and ribs with caramelised pears. Even a simple brinjal tempura, with a yoghurt honey dressing, is tasty – subtle and understated though it is in comparison to the more shouty sweet and spicy dishes. My only criticism is that there’s a bit of repetition in the sauces and garnishing, meaning that some dishes end up tasting similar.

If, like me, you begged for ginger ale instead of Coke as a kid, this might be the craft beverage for you. It’s no shrinking violet: this is ginger beer with a really spicy kick. Find a bottle at the Bay Harbour Market’s Boom Bar or at The Wolfpack in JHB or visit the Dragon Brewing Company’s Facebook page for more info. 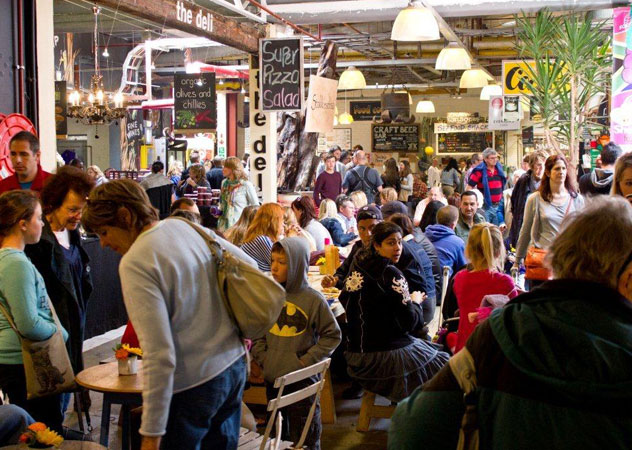 Given the sheer wealth of options on Kloof Street, it’s easy to forget about Cocoa Oola. The pizzas and pastas are okay, there’s free wi-fi and the staff are really friendly and obliging, but you need to go there and just order a chocolate vodka. Served in a small martini glass, it tastes like someone made chocolate brownie batter and then stirred in some vodka. It’s served warm, too, so visit before summer comes and robs you of the excuse.

5. The Chalmar beef burger at Jason

It’s difficult to go wrong at Jason. The croissants are perfection, the sandwiches tasty and inventive, the brownies indecently gooey and chocolatey… But the dish to order right now to avoid food envy is the Chalmar beef burger. Piled high on a brioche bun is a glorious meaty patty, oozing with melted cheese and topped with crunchy fried onions, with a fresh cucumber salad in sweet poppyseed dressing served alongside. It caused a bit of a stir when it came out of the kitchen on its wooden board; I grinned smugly at other diners who ordered inferior lunches, and devoured it with precious little mercy.