Pay it forward: this CT chef creates a plate for your budget

There’s a new kid on the block. Safari #7, a Somali take-away restaurant, has opened on Long Street in Cape Town, selling traditional eats in an accessible location. Even cooler? If you can’t afford anything on the menu, you can let them know what you can afford and a plate will be created for you accordingly. 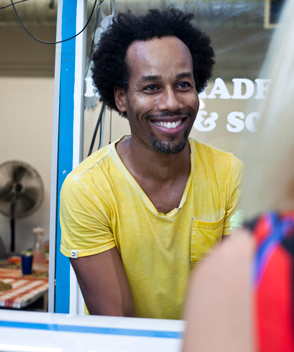 Jack-of-all-trades Abdi Hussein is behind the new spot. He was inspired when, after having lived in New York since 1995, he returned home in 2016: “I was beyond intrigued by our rich food culture and its southern Arabian, Italian and East African origins. Somali cuisine resembles their attitude exemplarily well: resourceful, mystic, unique.” Items on the menu include shawarma, suqaar (sliced beef marinated and sautéed Somali-style on a bed of savoury rice), kaluun iyo baris (fish and rice), homemade chapatis (flatbread) and pancakes served with different meats and vegetables spiced with fenugreek, gloves and sumac. Must-tries are the homemade sorbets, cardamom- and cinnamon-spiced Somali coffee (qahwe), and irresistible Somali chai tea (Shaah) served with freshly baked baklava. 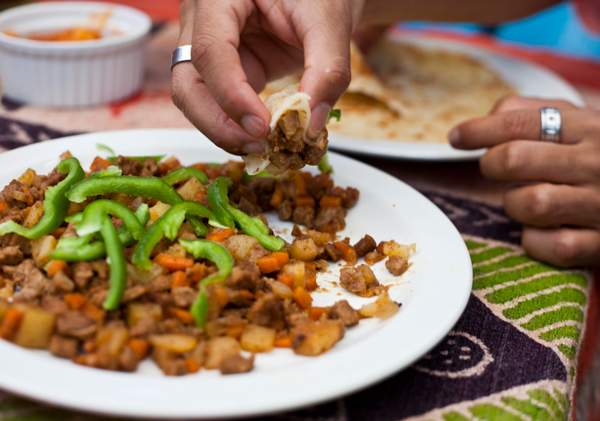 The food to be enjoyed at Safari #7. Photo by Oliver Petrie.

Situated in the African Mall on 98 Long Street, the new restaurant is just upstairs from his other business, an African fragrance, cosmetic and herbal tea shop named Frank & Myrrh. The two are linked by the membership cards Abdi has also introduced: get one for R100 (or for free on your eleventh visit!) and you’ll pay half price for all dishes on the menu, plus receive a 25% discount on tea and perfume at Frank & Myrrh.

Other past ventures of Abdi’s include modelling, acting, voice artistry, teaching, studying bio-chemistry and touring America with artists like Chali 2na, Erykah Badu, Wu-Tang Clan, Mos Def and Talib Kweli. For now, though, Abdi is determined to lead authentic Somali cuisine out of the shadows and into the well-deserved limelight. 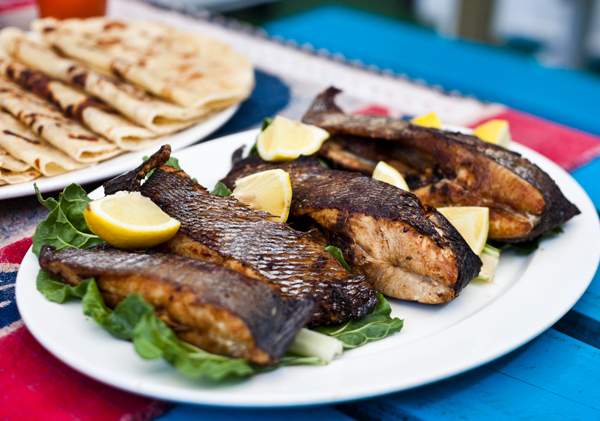 A fish dish at Safari #7. Photo by Oliver Petrie.

Safari #7 can be found in the African Mall on 98 Long Street and is open for breakfast, lunch and dinner 8am to 11pm from Mondays to Saturdays and 8am to 9pm on Sundays.

Already been to Safari #7? Let us know how your experience was by reviewing it quickly and easily on our free app. (You could win a Le Creuset casserole!)