What is the reality of restaurants being able to reopen during lockdown? 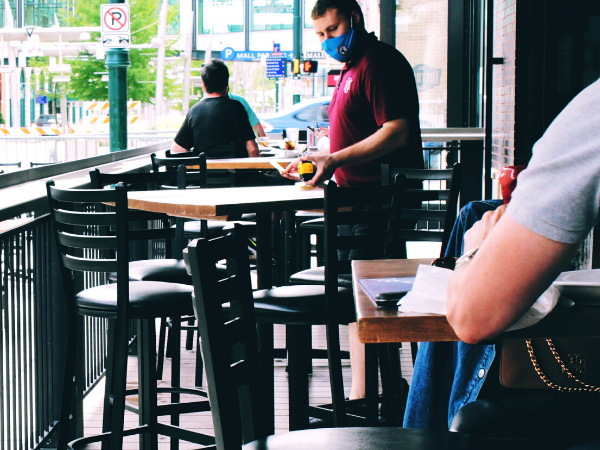 With President Ramaphosa’s announcement on Wednesday 17 June that a number of existing lockdown laws would be eased, including restaurants being able to offer dine-in options, there was an audible cheer from most restaurant owners and chefs. And while we’re still waiting on the final legislation to detail what is and isn’t allowed, there’s no denying that this is good news for the hospitality industry. It’s been one of the hardest hit, with many jobs lost as a result.

One thing we do know is that it won’t be a case of throwing open the doors and letting the usual crowds flood in. There are likely going to be restrictions on capacity, operating hours and sale of alcohol.

We chatted to a few chefs and restaurant owners to gauge their feelings on restaurants being allowed to return to something resembling business as usual.

Do restaurants even want to open?

The general sentiment in the restaurant industry is that easing the dine-in restrictions is a good thing. Cheyne Morrisby, owner of Cheyne’s, Lucky Bao and Shio, says that as much as restaurants want to open, there’s also a clear desire from the public too. “The general public seems to be pushing for it, which I feel is a positive indicator for the restaurant industry. So if the public is ready, we will be ready for them.”

Katlego Mlambo, head chef of Joburg’s Marabi Club, says that he’s “110% ready” to open. He explains: “At the end of the day, we work in hospitality because we love to serve and feed people, so we’re all eager to get going again. And as the restaurant industry makes up such an important part of the local economy, it’s also critical for everyone to be able to earn an income again.”

This new, post-COVID life means there will still be some restrictions, but restaurants will deal with them. Morrisby continues: “We will obviously have a new normal to contend with, but at least it’s a start if we can open for sit-down.” Sasha Simpson, owner of Brik Café in Joburg, says opening for them mostly comes down to whether the restrictions make it worth their while to do so: “The biggest concern is whether it’s worth opening. Due to the seating area of Brik being quite limited, under the regulations we would only be able to seat less than 20% of the café. That wouldn’t cover our overheads or give guests a very pleasant dining experience.” 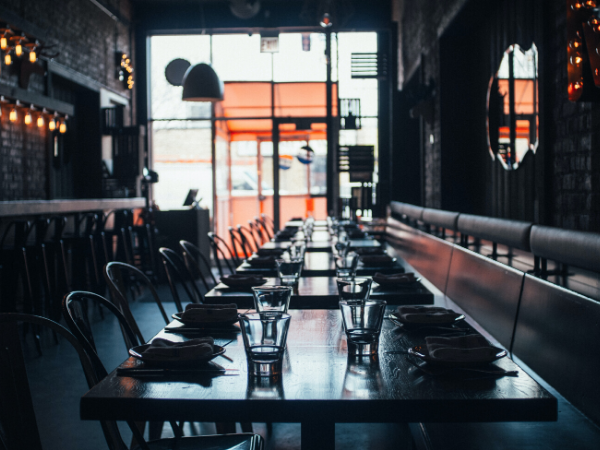 “This new, post-COVID life means there will still be some restrictions, but restaurants will deal with them.”

What are some safety measures we can expect to see?

One thing to remember is that kitchens are generally expected to have highly stringent hygiene laws, and regular hand-washing and sanitising are commonplace here. And as people are allowed to move around more and more, restaurants aren’t likely to be any more high-risk than a supermarket. Ivor Jones, head chef and co-owner of Chefs Warehouse Beau Constantia, told us: “In my mind there’s more risk going to the shops, considering the large volume of people moving through the space by the hour. I think the restaurants have a good idea of the challenges ahead and we are going to do what it takes.” He continues: “Here at Beau, we’re looking to have limited people in a space twice a day with highly controlled hygiene systems in place. I don’t think there could be more sanitiser in one building if you tried.”

Cheyne echoes this: “Restaurants normally operate under strict health and safety guidelines and procedures, but going forward we would obviously create more of a transparent system, making sure the guest is at ease through the dining experience.” Marabi’s Mlambo is of a similar opinion: “We’ll do whatever we can to make the guests feel comfortable, so we’ll be implementing the two-metre space for tables and doing regular sanitising in front of the guests.” While guests’ comfort is very important, Brik’s Simpson notes that the onus is also on the customers to behave responsibly: “We would also rely on them to take initiative and play their part in being conscious.”

So, where to from here?

Though the virus remains a very clear threat, life will eventually have to resume in one way or another. Allowing restaurants to open in some way is one of these first steps to adjusting to this new way of life. “It’s slowly dawning on me that we can’t keep hoping to go back – we need the chance to create new opportunities for our new normal,” Simpson sums up.

Eat Out will continue to cover the latest lockdown regulation changes and announcements. Keep checking our website and social feeds for updates.