Remain calm and form an orderly line: Jason Bakery on Loop is open

Cape Town city bowl folk are not prone to showing their excitement, but there was some minor squealing this morning as city slickers passed 33 Loop Street and discovered the news: the second branch of Jason has opened. 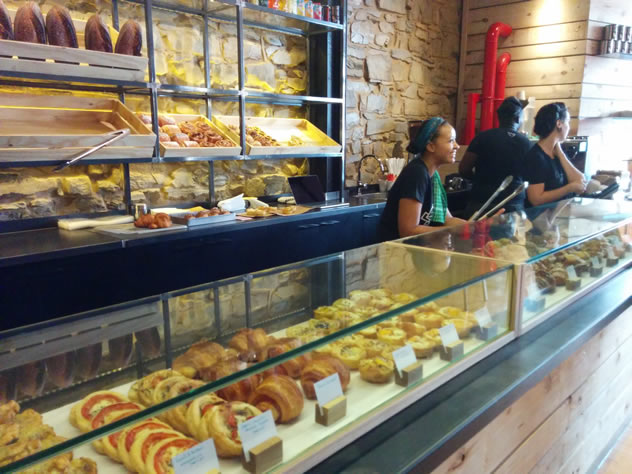 For now, breakfast is of the takeaway pastry variety only. (No hardship.) There are individual egg tarts in new flavours: wild mushroom and thyme, artichoke, and bangers. There are glorious pies. There are empanadas with mince and paprika and raisins. There are croissants, of course. There are brioche rolls with little wells of chocolate concealed inside. Our team’s personal favourite, though, is the peanut butter and chocolate cookie, with chewy roasted marshmallows on top. R40 for a cookie is rather steep, but this is a particularly good cookie: crumbly and creamy at the same time, with pockets of oozing dark chocolate. 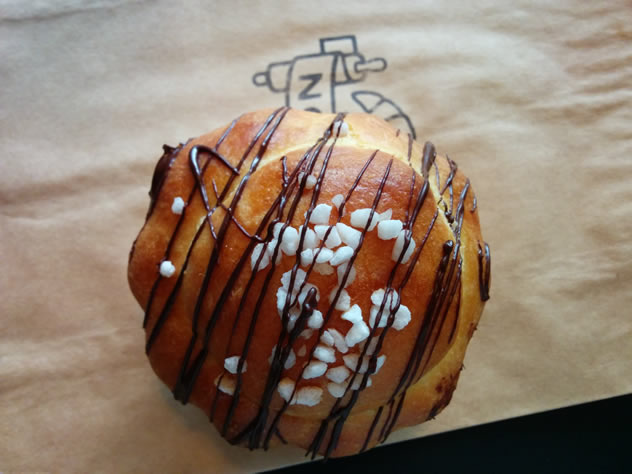 At lunch, sarmies and salads will be added to the list. Today’s lunch menu features classic sarmie combos like BLT, salmon, and smoky veggies; some inventive salads such as the ones with tomato and chorizo, and carrot, orange and beet. (Be sure to order a cookie to congratulate yourself for having a salad.) 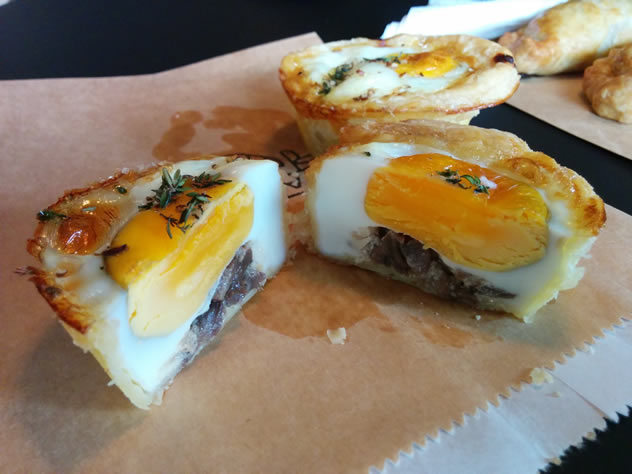 But that’s not all: baker Jason Lilley explains that in the next couple of months, he’s also planning to open up at night, when the bakery will transform into Bar Dough. “These will all go underground, and this will flip around,” he says gesturing to the pastry counter and wall shelving. (We’re not entirely sure if he means this literally; he is somewhat enigmatic and, to be honest, we’ve always been a bit intimidated by him.) 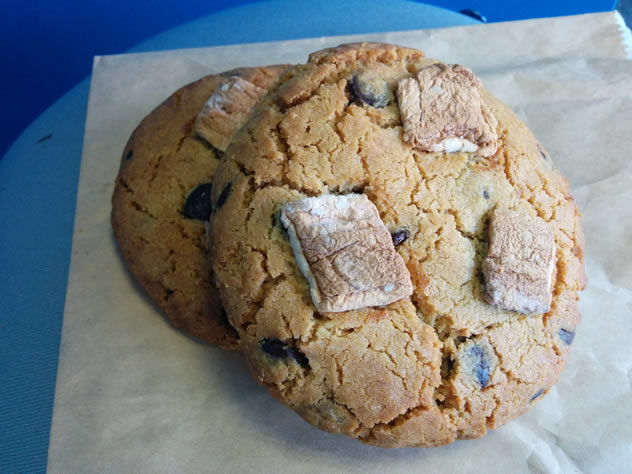 Jason’s drinks options will be largely wine focused, and there’ll be counter seating for a small menu of bistro dishes. “It’ll be a small menu – just six or seven French-bistro style dishes – kinda like Joe Beef in Montreal,” says Jason, referring to the Canadian restaurant with a cult following that he visited last year. (Their signature dish, reputedly is a kind of cross between lobster thermidor and carbonara pasta. Which sounds, you know, okay.) 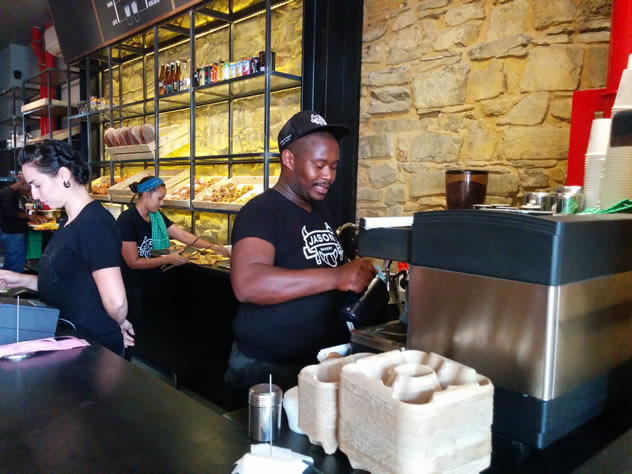 Seating, like at Jason numero uno, is limited, but perhaps that’s suited to this spot in the CBD, where office workers are looking for a takeaway sarmie or pie, not a languorous long lunch.

If you’re still with us, thanks for reading this far. You may now proceed directly to the bakery. As there’s no signage just yet, look out for the minimalist golden croissant logo on the glass, or find The Village Idiot, and then cross the road.