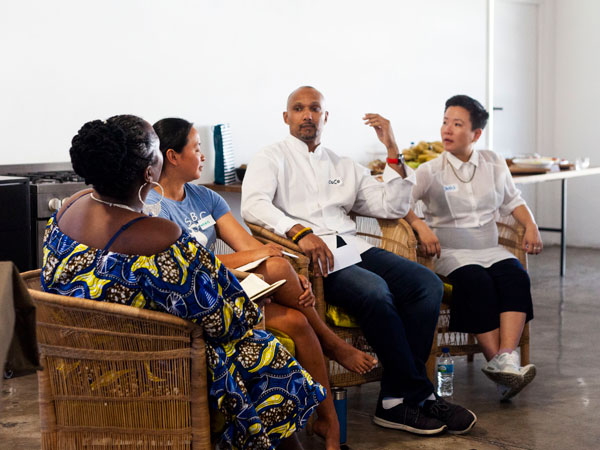 SA POC at the Table earns the first-ever Eat Out Bridget McCarney Game Changer Award for its much-needed shake-up of the restaurant industry.

This new award goes to SA POC at the Table, a movement with old foundations. For years, founder Ishay-Govender Ypma wanted to create a space where people of colour (POC) in all facets of the food and beverage space could come together to share experiences, opportunities, knowledge and inspiration. In February 2019, that dream became a reality at the first-ever SA POC at the Table gathering, where creatives, chefs, cookbook authors and more came together to empathise with and empower one another. But the movement continued long after the day drew to a close, pulsating through a community that had re-discovered itself and its combined potential.

Fostering a space for intersectional collaboration, SA POC at the Table irrevocably changed the game by putting a long-neglected requisite back on the top of the industry’s list of priorities: ensuring that everyone has a seat at the table.