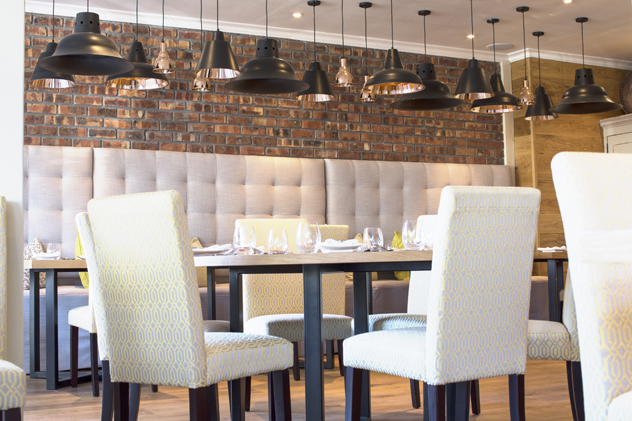 Interiors of Marc’s Table. Photo courtesy of the restaurant

Named for chef Marc van Rooyen, this Green Point restaurant opened up in February on the ground floor of Sugar Hotel, and has been getting a lot of attention on social media ever since. Marc, one of the hotel’s four owners, says a restaurant has been on the cards since the team purchased the hotel five years ago. A Cordon-Bleu-trained chef, he has worked at several Relais & Chateaux properties before The Sugar Hotel. Eat Out’s online editor Katharine Jacobs headed to the Somerset Road spot to put Marc’s Table through its paces.

The menu is short, which is always a good sign in my book, and changes depending on what’s fresh and in season.

The starter of sautéed chicken livers in a sherry cream reduction is very swiftly dispatched. They’re served on a little caramelised red onion tarte tatin, which is a nice idea, but in practice the sauce swamps the tart a little.

The slow-roasted belly of pork and sous vide pork tenderloin with honeyed parsnip purée, braised red cabbage and liquorice jus (R175) is tasty – particularly the sweet and tangy braised red cabbage – but it should be noted that the portion is quite small for South Africans with hearty appetites.

The wild mushroom risotto with herbed forest mushrooms, shimeji mushrooms and essence of truffle (R125) is not quite as powerful as I’d like. I’m expecting a major hit of umami or the richness of cheese, but neither are really delivered. 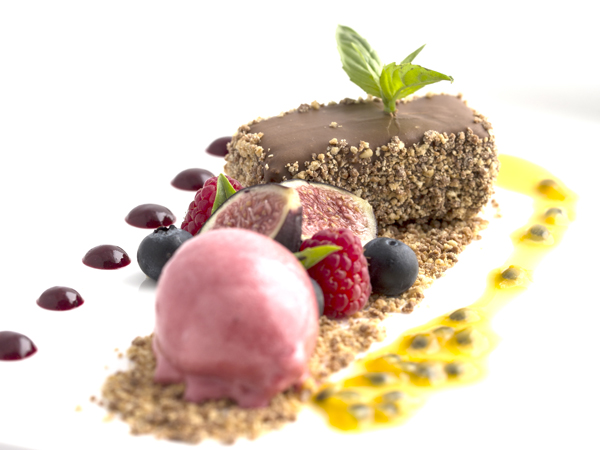 Dessert at Marc’s Table. Photo courtesy of the restaurant

The wine list is nicely composed, with some classics like Ataraxia, Warwick and Creation, and there’s a good selection of wines by the glass around the R45 to R60 mark.

This is a smart and stylish place, with white upholstered chairs and plenty of wooden accents. The raised deck, which looks out over Somerset Road, will be lovely on summer nights.

Service is a little odd – first too remote and then too familiar – but Marc’s Table has only just opened, so I’m sure this will settle down as the staff get more comfortable and confident.

This is a restaurant that shows promise – there are some good dishes – but at the moment it feels as if it’s still finding its feet. After all, at these prices they’re competing with the likes of the award-winning Chefs Warehouse and other nearby spots like Borage and Mondiall.) We’ll be back for another visit in the near future, with intentions to sample their eggs Benedict. (They’re also open for breakfasts and lunches.)

Have you been to Marc’s Table? Let us know what you thought by writing a review.