Review: It’s all about the vleis at Hinterland in Hazelwood

“We own a Kalahari cattle and sheep farm together,” says Van der Watt about this partnership, explaining that this is a passion project rather than a financial venture for them. The group is hoping to open more around the country, with the first in the new Africa Mall just outside Joburg and the next Hinterland in Stellenbosch.

With the expertise of the Rust en Vrede kitchen behind them and the focus of the restaurant very specifically on meat, it’s understandable that when people talk about Hinterland, it’s going to be about the quality of beef and lamb.

The menu, while nodding to vegetarians and pescetarians, is clear about its intentions. Meat is king, with beef steak and lamb the stars of this particular show.

Some rave about the starter salad of blue cheese, pear and caramelised nuts, and the tempting marrow bone, while others dive straight into those main courses. 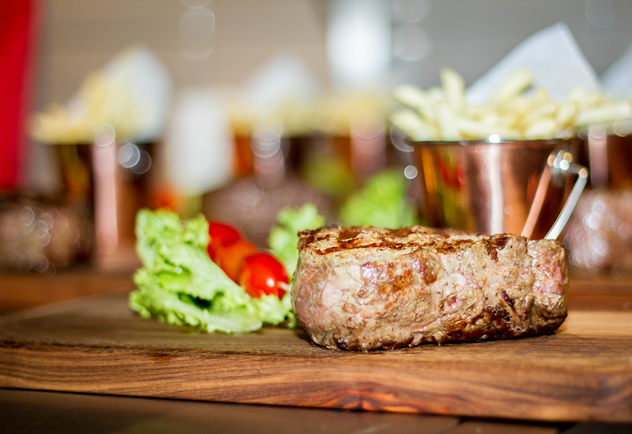 If you want to veer a little off the straight and narrow, opt for the hamburger served with mature cheddar, bacon, caramelised onions and shoe-string fries. The other meat choices include two kinds of lamb chops, the one from the Kalahari, the other from the Karoo, and the beef with options of fillet, rump, sirloin and T-bone. These can be ordered in either 250g or 350g portions.

The meat is put through a stringent and uncompromised maturing process and then further hung to dry before it appears on a plate. Preferably you won’t be spoiling it with a sauce, although these are available. The portions are generous. The knife glides easily through the meat, the presentation simple but attractive, and the accompanying vegetables simply prepared with a lick of butter. The meat is thickly cut, well-seasoned and done exactly according to expectations. Prices range from R95 for the gourmet burger and R120 for lamb chops to R120-R150 for the beef selection, depending on weight and cut. The small desserts selection features Pretoria’s top sweet priority, crème brûlée.

Because of the Engelbrecht connection, his is the wine featured at the restaurant: Guardian Peak (R90+); Rust en Vrede (R231 to R1 320); Stellenbosch Reserve (R150 to R270); and the beautifully named Donkiesbaai, which is very popular in Pretoria (R220 to R230). Prices for both meat and wine are kept to a minimum because of the direct line from farm to table.

The service isn’t really tested the night we are there (it was a long weekend’s Sunday night), but our waiter is attentive yet not overtly so, very friendly and can advise and respond to any questions.

While it’s set in a very commercial spot, Hinterland is isolated because of its placement in the far corner. The inside has been opened up to the outside, which is perfect in Pretoria’s amazing climate – especially on lush summer nights. Brown wood is the determining design element. There’s nothing fussy, their intent is clear and that is reflected in the design. 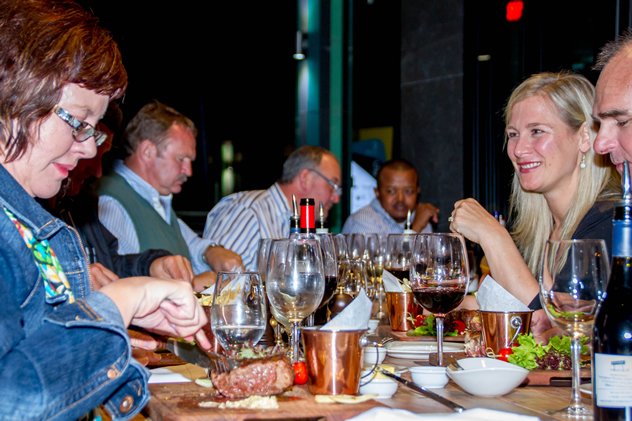 Because meat is their business, they also have a butchery. Even when the butchery is officially closed, they will sell meat that doesn’t need further chopping or slicing at any time.

Eat Out reviewers dine anonymously and unannounced, and pay their own way. Read our full editorial policy here. Have you been to Hinterland Vleishandelaar? Tell us what you thought with a review.