Could this SA chef from two-Michelin-starred Paris restaurant be returning to SA? 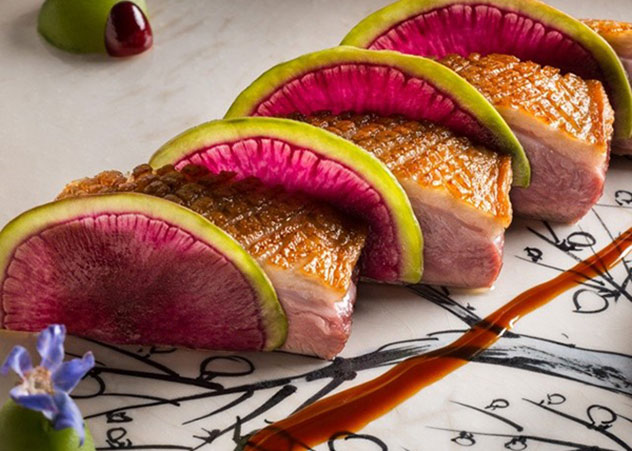 After completing his studies and working on cruise ships and in restaurants in Italy and Palm Beach, Wandile took a leap of faith and moved to New York to seek out a Michelin-star education. Knowing no-one in the city, he booked himself into a hostel and shared a room with seven other guys. His days were spent hustling, looking up all the best French restaurants and going from door to door seeking out work: “There are over 40 000 restaurants in New York; every second building is a restaurant, so it’s not as crazy as it sounds.” 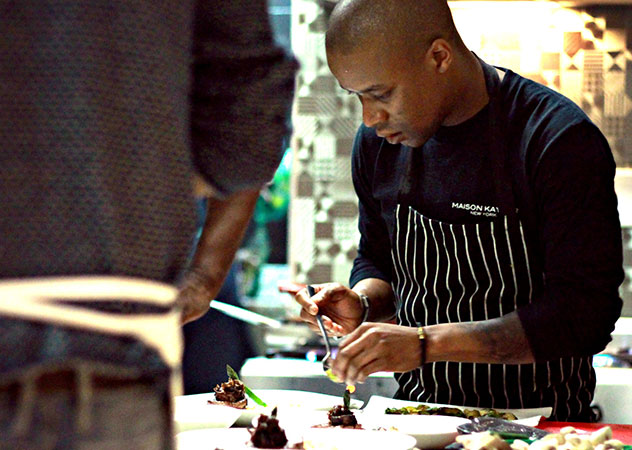 He landed a job at the popular upmarket French bistro Gascogne, where he worked for a year, starting at the bottom and fast-tracking up the ranks until he felt he’d learned everything he could. He then moved to a restaurant in Brooklyn specialising in French-Korean fusion, before training at two- and three-Michelin-starred restaurants such as La Bernadin and Daniel for free. It was tough, says Wandile, but he felt he needed to immerse himself in the world to which he aspired: “I began to see what was possible, and what I was capable of.”

From there things began to skyrocket: He found himself at Mihoko’s 21 Grams, a French-Japanese fusion restaurant where they utilised fine ingredients from around the world like Wagyu beef and Hamachi imported from Japan. “During that time I was pushed to be my most creative; I had to come up with three to four new dishes per week, each of which had to have its own complex story, soul and depth, and feature an element of surprise.”

During that time he entered the inner circle of French chefs in New York and no longer found himself looking for jobs; it was a game of referrals, one of which brought him to the Maison Kayser group, where he garnered the position of executive sous chef under the man he now calls his mentor, famed French chef and baker Olivier Reginensi.

The team opened seven restaurants in two years, but then Wandile began yearning for change. “It started getting too corporate for me; the hours were good, the money was good and I felt I was getting too comfortable…” Olivier introduced him to master chef Alain Ducasse (holder of a whopping 21 Michelin stars), who offered him a position at his restaurant in Paris as well as the opportunity to be an ambassador of French gastronomy in South Africa. “Le Meurice showcases the highest echelon of ingredients, cooking, service, décor, and passion I have ever experienced; it’s serious,” explains Wandile.

And now he’s back, testing the waters in South Africa, Johannesburg especially, to see what he can do here. His contract with Ducasse ends this year (with the option to extend into 2018), but Wandile is looking at numerous opportunities around the world. “I’m putting myself out there. If I come back to South Africa, I don’t think I’ll open a restaurant per se; I’m more interested in offering dining experiences that change venue, theme and locale. I want to do something different, I don’t want to follow the norm or do the expected.

“In America, chefs are very prone to trends and they’re all using similar ingredients, but in Paris it’s completely different; it’s all about the chef’s personal expression, and that’s the foundation of my approach.”

Chef Wandile is hosting a private, fine-dining experience on 11 February 2017 at JHB Culinary & Pastry School. “It’s an eclectic Intercontinental menu that’s influenced by all the people I’ve worked with. I see it as an opportunity, to give people as much as I can in seven courses. I want them to experience more than they ever thought they could from a single dish, to give people a taste of what two-starred Michelin cuisine is.”

Tickets to this event are sold out, but more are in the works. Keep an eye on www.wandilemabaso.com for details of future events.

Could Wandile be back for good in the future? We can’t wait to find out.