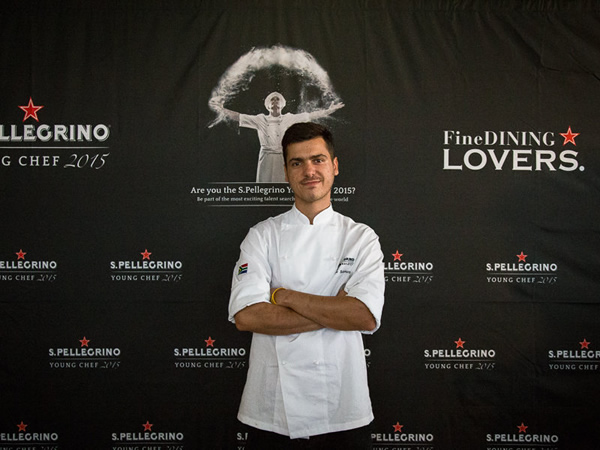 “It hasn’t really hit me yet,” says young chef Angelo Scirocco. The 24-year-old, who currently works at Bree Street’s Chefs Warehouse as a sous chef, will be jetting off to Milan on Monday to compete for the prestigious title of S. Pellegrino Young Chef of 2015.

On 26 June, he’ll battle against nineteen other competitors from around the world, who will each prepare one dish. Angelo’s showpiece is a delicate, textural dairy dessert called ‘Milk is thicker than water’.

“I’m very excited, but I’m confident about the dish,” says Angelo. After winning the Middle East and Africa heat with the plate, he’s refined it further. “It was already extremely light, but I’ve made it even lighter. Over the course of developing it I had lots of ideas – so it was also just about simplifying it right down. You have to go all out to bring the extra wow factor.” 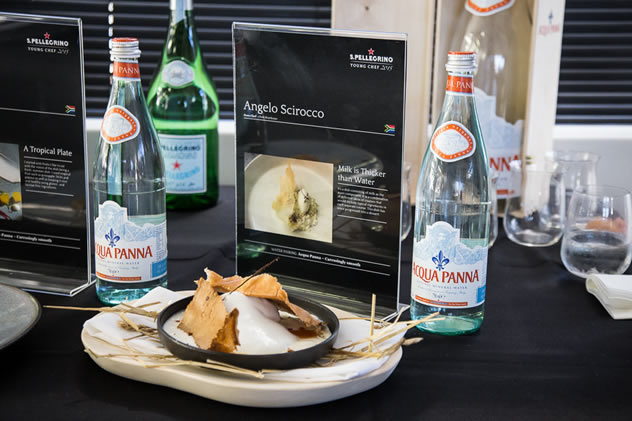 This year, each of the finalists has been paired with a designer who has created a piece of couture or an object inspired by their designated chef’s dish. Angelo’s plate has served as a muse to award-winning Saudi Arabian designer Mohammed Ashi, who has designed a delicate white dress with a gossamer veil to complement the dish.

Voting is currently underway on the Vogue Italia website for a separate prize awarded to the most popular design pairing. You can vote here.

The judges for the cooking award include our own Margot Janse of the The Tasting Room in Franschhoek, along with international heavyweights Joan Roca of El Cellar de Can Roca (currently number 1 in the world), Massimo Bottura of Osteria Francescana (number 2 in the world), Yoshihiro Narisawa (of number 8 restaurant, Narisawa), Peruvian chef Gaston Acurio, French chef Yannick Alléno, and American chef Grant Achatz of Chicago restaurant, Alinea.